After an incredibly successful 2019 that saw the band tour North America as well as Europe (the latter even twice) and release their worldwide charting new album, Macro, Ukrainian modern metal frontrunners JINJER return with the official music video for their standout track, “Retrospection” – a song that touches the sensitive subject of family. 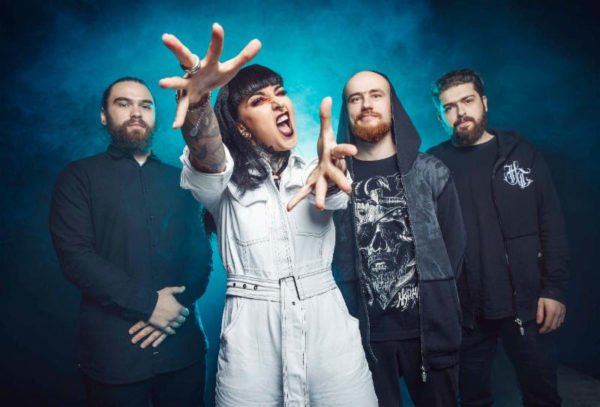 “Retrospection” is one of the most personal songs we have ever written. Being a full time touring musician, spending most of the time on the road … of course, we are making our biggest dream come true and living each day to the fullest, but nobody mentions that there is a dark side.

We do not see people who devoted themselves to us entirely, who gave us everything they had and more… We miss them and they miss us in return, and yet we should call them more often… much more often than we do.

I am talking about our parents.

For most of the JINJERs, our parents are separated from us not only by distance but also by war and politics. We don’t have an opportunity to visit our parents even when we are in Ukraine. And it feels like they are on the other side of the planet even if we are literally only 800 km away.

The worst thing is that now being in our 30s, year after year, it feels like the storm clouds are gathering above. We all know that the day will come when we will feel alone all of a sudden… and we will lose them. The people, but for whom, we’d never make it. The bitter taste of understanding this is almost unbearable.

We look at this song as an anthem to the ones who raised us, who sacrificed everything for the sake of our happiness no matter what the costs, even despite our own thankless and ingratitude towards them. The people who showed us that the purest love ever does exist – the love of the father and mother for their children.

Showcasing the band’s diversity, the unique track not only features the typical technical finesse and sheer brutality, but also scores with heavy grooves and quiet, almost balladic moments as well as parts sung in their native tongue, Ukrainian.

The song was originally released on their latest full-length album, Macro, out now via Napalm Records.

New Album, Macro, Out Now via Napalm Records. Get your copy here.