Def Leppard vocalist and legendary Rock icon, Joe Elliott will take to the stage on Thursday 18th of December in Dublin’s Academy with members of The Quireboys and Raw Glory for a night of undisputed Rock n’ Roll as The Down n’ Outz and Overdrive are giving away 2 pairs of tickets to the show! 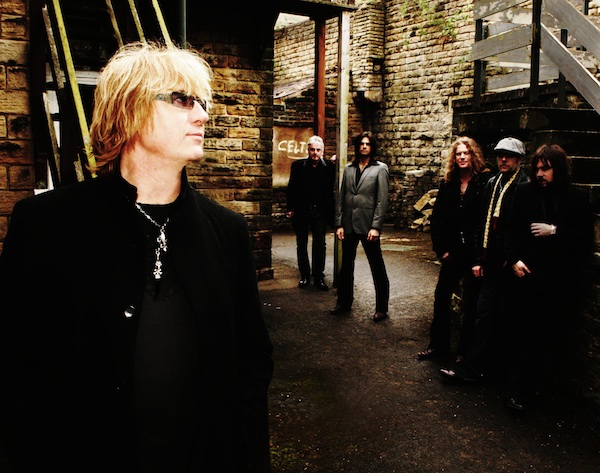 Sometimes, the most interesting of projects arise from the most unusual of circumstances. So it is that the Down ‘N Outz is a project fronted by Def Leppard’s Joe Elliott, backed by The Quireboys and playing rare tracks connected only by Mott The Hoople….

Joe Elliott takes up the story, “When Mott The Hoople announced they were reforming for a week’s worth of shows at the Hammersmith Odeon I was asked that I participate in some capacity. They’ve always been my favourite band and it’s nice to see the rest of the rock world finally catch up and give them their due.”

“But, what was I to do? It was suggested to me that the Quireboys would be up for offering their services. This was perfect! A fan since their first album, I loved the idea of working with a band as enthusiastic to do this as I was. I decided that the thing to do was play some songs that like-minded people thought they would never hear live again, if ever, songs by spin offs of Mott the Hoople – songs by Mott, Ian Hunter and British Lions. Songs that are close to my heart, songs that I’ve played every week for the best part of 35 years on record, cassette, CD, iPod and now live.”

The Down ‘N Outz supported Mott The Hoople at one of their legendary 2009 reformation shows at Hammersmith Odeon. In addition to Joe Elliott (Vocals/Guitar/Keyboards), the band featured The Quireboys’ Paul Guerin (Guitar), Guy Griffin (Guitar), Keith Weir (keyboards) and Phil Martini (drums) and finally bassist Ronnie Garrity (Raw Glory). Following a rapturous reception, the one night project took on a life and energy of its own and an album project was born.

Down ‘N Outz then set about recording an album’s worth of material. The album was produced by Joe Elliott with co-production by Ronan McHugh. The album was recorded at Joe Elliott’s own studio, Joe’s Garage, and Moor Hall studio in Bedfordshire.

On the concept of The Down n’ Outz, Joe Elliott explained “These songs make up a huge portion of who I am and I feel incredibly privileged to have been able to record them and hopefully give them a new lease of life, which, quite frankly, is long overdue.”

Morgan Fisher (keyboardist Mott The Hoople 1973/1974 and also Mott and British Lions) expresses, “It’s like Joe and the boys have taken some vintage films and slapped them onto a big, bright Technicolor screen. A great, in-your-face new way to experience some of Mott’s finest songs!”

Ian Hunter says, “I’m blown away by these recordings. The solo by Paul Guerin on ‘The Journey’ is one of the best I’ve heard. These songs really suit Joe’s voice also. It’s a whole different side to him and the project gets my approval!”

After supporting Mott The Hoople in 2009, Down ‘n’ Outz played the main stage of inaugural High Voltage festival at Victoria Park, London during the Summer of 2010. Following this memorable performance, they toured the UK as main support to Paul Rogers in 2011.

Check out the new video for Sea Diver below:

For your chance to win 2 pairs of tickets to see The Down n’ Outz perform on the closing night of the tour in Dublin’s Academy, simply click on the graphic below and like, share , tag / invite friends to Overdrive. The winners will be picked on Wednesday at 4pm, good luck! 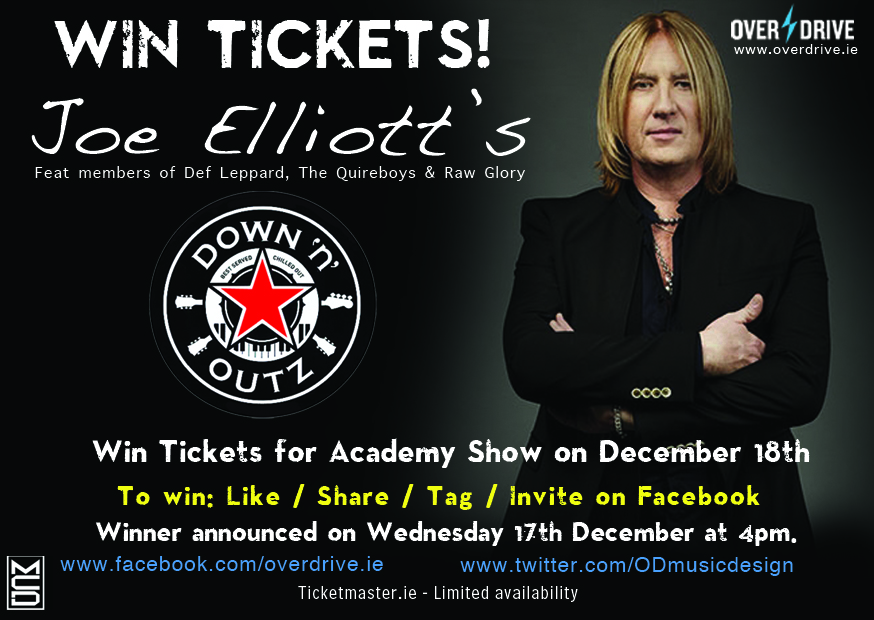