Guitar wizard, Joe Satriani has been confirmed for one night only in Dublin’s Vicar Street venue on June 20th. The event is hosted by Aiken Promotions and tickets will be available to punters on Monday 14th March. Find out more below… 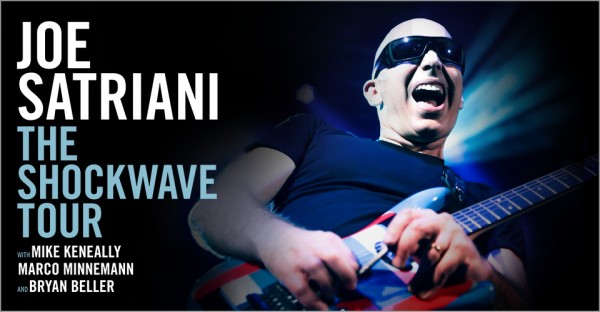 One way of looking at ‘Shockwave Supernova’ is that it’s a concept album, but Satriani has never operated under such rigid restraints. The 15 songs on the new record would be ‘inspired by’ his concept, but they don’t follow a direct narrative. “The real reason for the concept was to allow me to make creative decisions song by song, exploring unique moods and feelings as they relate to my central character,” he says. “So in that way, it’s both loose and free-form, but there is an overall tone, one of a rebirth.”

Once Satriani had amassed a prime batch of songs and demos – no mean feat, as he’s been known to stockpile anywhere between 30 to 50 ideas for any given record – the guitarist hunkered down at Skywalker Sound in Lucas Valley, California, the same studio where he’s worked for the past few years, with co-producer and engineer John Cuniberti. Satch and Cuniberti share production on ‘Shockwave Supernova’, as they have on numerous albums – their shared history dates back to the guitar star’s 1986 debut album, ‘Not Of This Earth’. 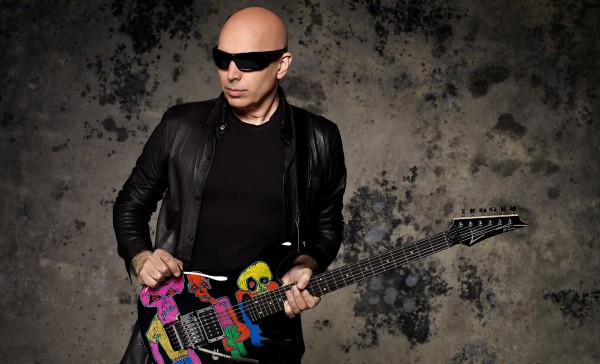 When it comes to thrilling and soul-nourishing guitar artistry, Joe Satriani has set new standards for close to 30 years, and the six-string work on ‘Shockwave Supernova’ brims with widescreen riffs, blockbuster solos, and other bravura fretboard performances.

It would be easy to call ‘Shockwave Supernova’ a “masterpiece” or “the last word on guitar” – as the world’s most commercially successful solo guitar performer, with six gold and platinum discs to his credit (including one more for his side band Chickenfoot) and a staggering 15 Grammy nominations, not to mention reigning grand champ of every six-string poll that’s ever existed, Satch has consistently advanced the artistry of the instrument he dedicated himself to on September 18, 1970 (the day his idol Jimi Hendrix died).

“I feel like this record shows me playing better than ever,” Satriani says. “But as much as some people may focus on technique and flash, I don’t really. For me, it’s always, ‘Where is this music taking you? How is it making you feel inside? What is it communicating?’ And if the music can represent your true spirit and speak to others,, then it’s alive – and that’s pretty great.”

Joe Satriani tickets will be on sale Monday 14th March at 9am priced at €47.00 (inc booking fee) from Ticketmaster and other reliable outlets.

For more information on this show, please check out Aiken Promotions on this link. 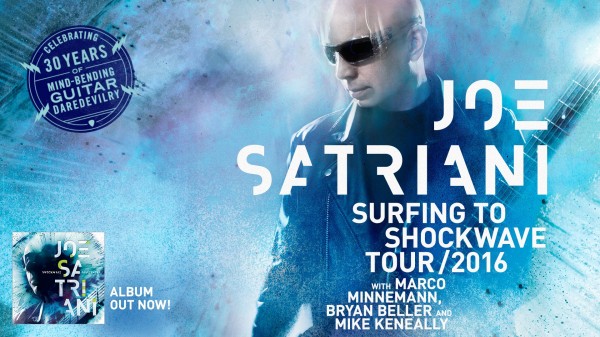