Katakysm are gearing up to hit the road for the “2019 MTV Headbangers Ball Tour”! Get full details below;

Death metal maniacs, you better get your tickets now and don’t miss this killer touring quartet!

Watch what KATAKLYSM frontman Mauriz io Iacono has to say about the upcoming run in a new trailer, below;

Get a full list of dates below. Order KATAKLYSM’s latest album ‘Meditations‘ now via this link. 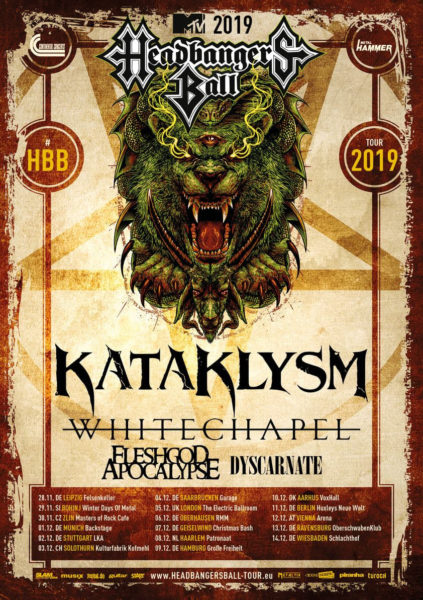