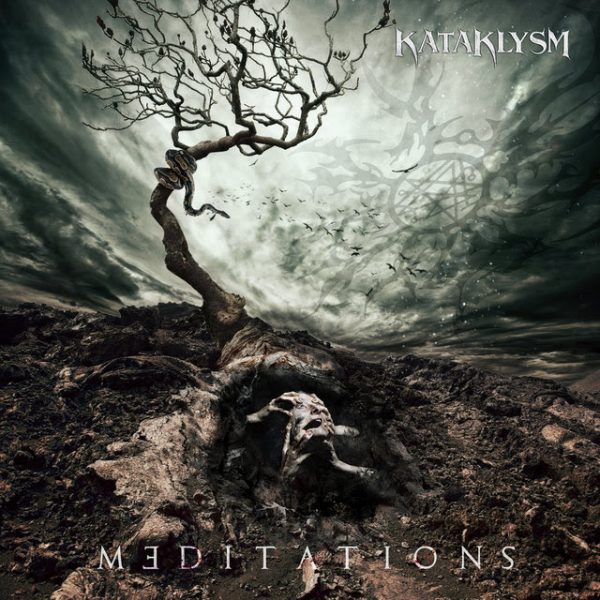 Today sees the release of the first single from the new album, ‘Guillotine‘ along with the launch of the album pre-orders. Listen and watch, below;

Singer Maurizio Iacono states:
‘”Guillotine’ is a powerful track that holds some of Kataklysm‘s most important traits: fierce and fast riffing, melodic accents and groove-laden power punches to the gut. We are focused, determined and dedicated”

The artwork was created by Ocvlta Designs by Surtsey, who also crafted the artwork for KATAKLYSM’s previous record, Of Ghosts And Gods.

Meditations marks the return to old work ethics. All four band members wrote and composed together under the same roof for the first time in over a decade and returned to the old days of songwriting efforts which saw the band’s classics such as Shadows & Dust, Serenity In Fire and In The Arms Of Devastation come to life.