KERBDOG ANNOUNCE REISSUES OF SELF-TITLED DEBUT & “ON THE TURN”


Kerbdog announces reissues of their critically acclaimed debut and sophomore albums. Get full details below… 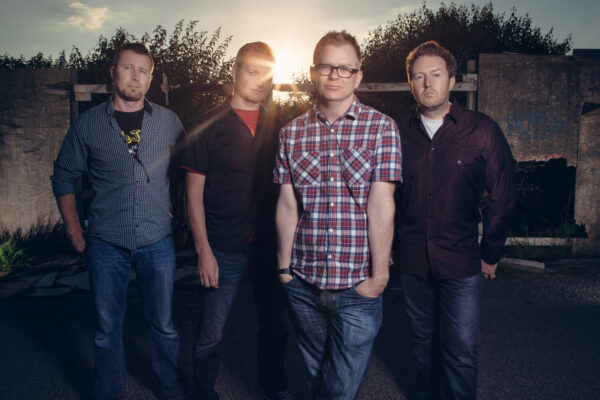 The cult Irish alt-rock quartet, Kerbdog, have today announced that they have teamed up with Hassle Hindsight, the recently launched re-issue label from the team at Hassle Records, to re-release their 1994 self-titled debut and its heralded 1997 follow-up “On The Turn”, their last full studio album before their first break-up in 1998.

Despite a small handful of reunion shows over the last decade, working on new material and putting out a live record, “Congregation“, released to acclaim in 2014, the setlists for those shows have been almost entirely made up with songs from their much-revered two 90’s albums.

“On The Turn” – which was recorded with Garth Richardson at the legendary Sound City Studios in Van Nuys, California – was a near-perfect album, one that front-man Cormac Battle most recently described as “the right album, at the wrong time“.

Their 1994 self-titled debut was recorded with Jack Endino, the producer of Nirvana’s “Bleach“, at Rockfield Studios, with Sepultura recording Chaos A.D. at the same time next door. Cormac says of their raw debut record: “I think some of what they were doing seeped into what we were doing. It made the record heavier and more chunky than we intended, but we were happy with the results.”

The band’s songs were powerful and inspired – like those early Dave Grohl songs of the same era – by the likes of Husker Du, and then Bob Mould’s subsequent work in Sugar; both direct and melodic, heavy but immediate. Kerbdog were, to many, their new favourite band.

However, the explosive success of Britpop meant that their singles were at odds with daytime radio playlists and the mainstream press of the time, seeing them subsequently dropped by Mercury Records, two albums into a six-album contract. They struggled on for a year before playing their final show in Dublin the following year.

While the band looked initially destined to reside in the footnotes of rock history, their fan base unexpectedly grew and their albums, while out of print, seemed to find their way into the homes of determined rock fans. Recently an LP copy of “On The Turn” went for an eye-watering £300 online.

The attendances for their reunion shows – often five times the amount of people they played to while touring “On The Turn” – and the clear interest from people in hearing these records again inspired long-term fans Hassle to assist the band, and who will be releasing the records complete with their original artwork and liner notes.

Cormac says of the reissues: “It’s truly humbling to be bringing out the two Kerbdog albums on vinyl. They’re for the fans who’ve supported us from the beginning and vindicated those albums across the years, for those who came on board after we thought the albums were dead and buried and also for ourselves – mainly because I have only one copy of the On The Turn LP and I can’t afford to pay the extortionate prices on eBay!”

Pre-order “Kerbdog” and “On The Turn” HERE

“Kerbdog are one of the most underrated bands ever. Their debut album and “On The Turn” should be part of everyone’s rock education. They opened my eyes to what was possible with riffs and melody and they’re the reason we worked with Garth Richardson on our last three records. It’s a crime that Kerbdog are not held aloft by every band in the country as heroes.” – Simon Neil, Biffy Clyro

“Kerbdog were one of my gateway bands. I got into them through Kerrang! cover-mount CDs and they were just unlike anything I’d ever head at the time – so powerful, heavy and yet melodic. They totally opened my eyes to a new genre, and remain one of my favourite bands.” – Frank Turner