The annual Kerrang! Tour will be making a stop in Dublin’s Academy on February 11th, with a line up that boasts some of the fastest rising pop punk bands on our blue planet! Overdrive gets a look at who will be performing and what to expect! 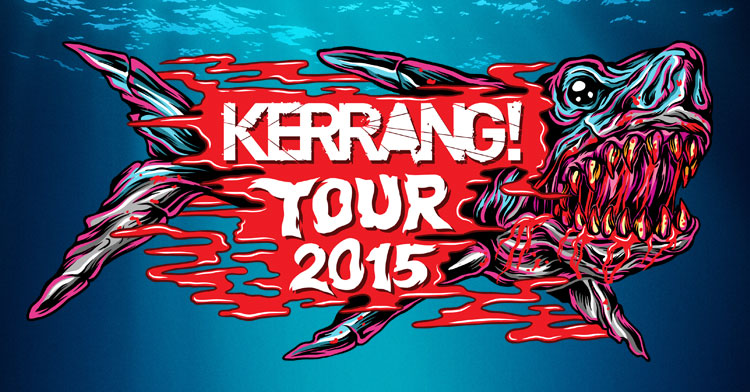 Headlining the 12 date Kerrang! Tour 2015 will be non-other than headliners Don Broco who will be joined by main support We Are In The Crowd, Bury Tomorrow and Bear Tooth.

Not too bad for the quartet who played on the BBC Introducing Stage at Reading and Leeds just 3 years ago. Don Broco’s rise is hardly surprising as fans and critics alike have embraced their hook laden rock tunes with wide open arms. On headlining the tour Don Broco said:

‘We are absolutely gagging for this tour to come about already! Off the back of Reading and Leeds we couldn’t be more psyched to play shows again, it feels mental that we haven’t done a headline tour in almost a year! We’ve been busy writing our new album and can’t wait to unleash these new songs for the first time, plus it’s going to be amazing having the We Are The In Crowd guys along. 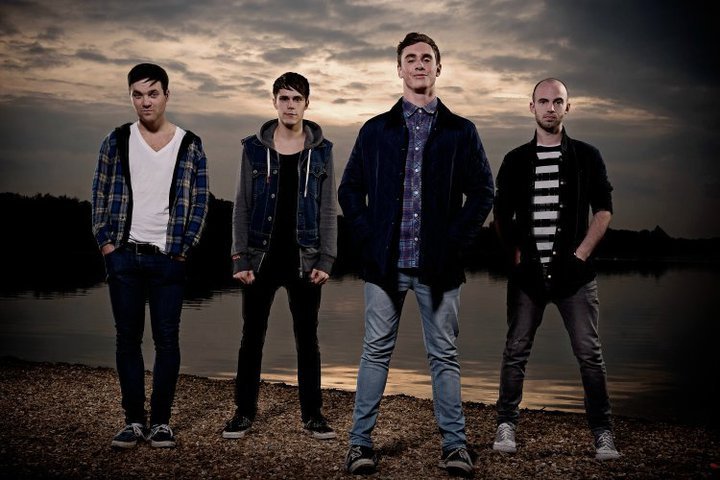 We’ve got to see them play at various festivals over the last few years and they totally kill it, will be awesome to get to watch em every night! It’s a massive honour for us to be headlining a tour we’ve seen so many of our heroes play when we’ve been there as punters, so to be looking out from on stage this time will be an incredible feeling. That, plus the possibility of a hot and steamy tour romance between Tay and I is going to make for compulsive viewing.’

Joining Don Broco are the self-proclaimed ‘Weird Kids’ of Pop-Punk, We Are The In Crowd. The Poughkeepsie, NY quintet – consisting of lead vocalist Tay Jardine, vocalist/guitarist Jordan Eckes, guitarist Cameron Hurley, bassist Mike Ferri and drummer Rob Chianelli have also had a whirlwind rise since forming in 2009. 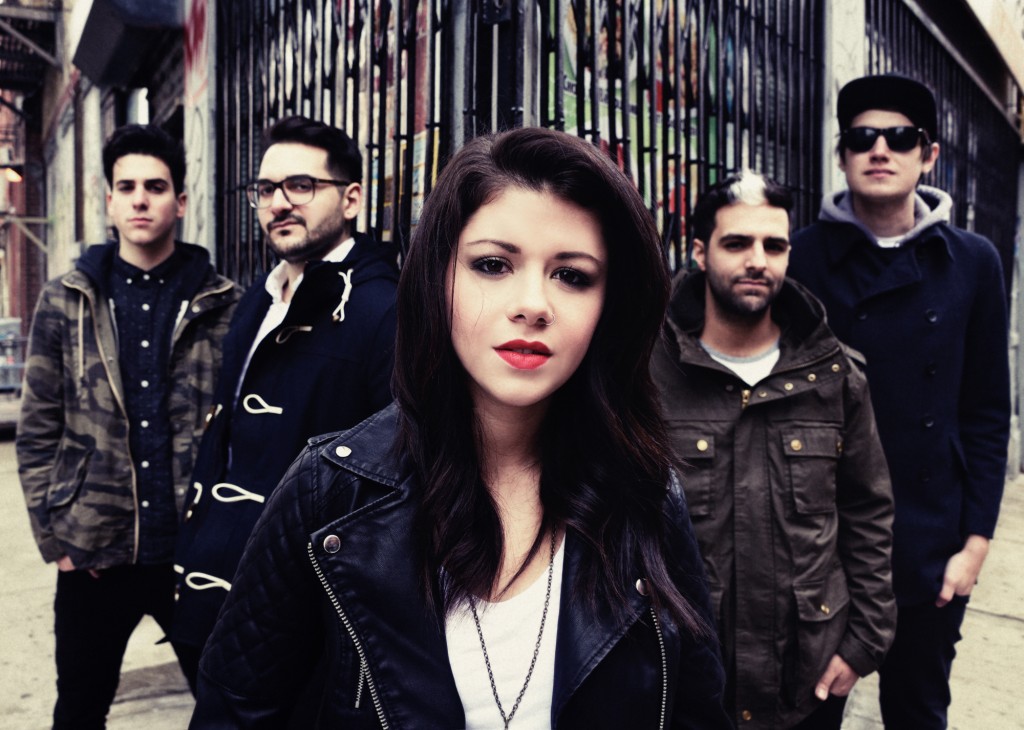 The band released their debut EP, ‘Guaranteed To Disagree’, in 2010, debut full-length, ‘Best Intentions’, in 2011, before the release of current album, ‘Weird Kids’, earlier this year saw the band shake off their “new kids on the pop-punk block” tag and become real contenders in their own right. This will be We Are The In Crowd first Irish show since their Slam Dunk festival appearances last year. URFront woman, Tay said:

“We cannot wait for the Kerrang Tour! The magazine’s always supported us and we’re stoked to be part of it. The bill’s an exciting one too! Hopefully there’s something for everyone. Let’s get weird!”

The new Kerrang! 2015 dates follow a sold out 11 date tour earlier this year which featured Limp Bizkit, Crossfaith, Nekrogoblikon and Baby Godzilla. Kerrang! always hand pick the most talked about and hotly tipped bands, and 2015’s line up is no exception as Bury Tomorrow will also be joining the bill.

Hailing from Columbus, Ohio. Bearthooth incorporate a melodic structure with brutal metalcore as with old-school punk like The Ramones and a pinch of the bombastic theatricality of Queen. The end result is a back-to-basics hardcore stomp that would get the crowd moving at a Hatebreed or Terror show, interspersed with a steadfast determination to give equal importance to anthemic choruses. A band that should not be missed!

Also, joining this awesome line up will be none other than Bury Tomorrow, who are no strangers to working a crowd into a bloody frenzy! Based in Portsmouth and Southhampton in the UK, this will be the bands biggest tour to date and it would seem that they are just a little excited about hitting the road and taking their heavy as fuck brutality to Dublin on February 11th. 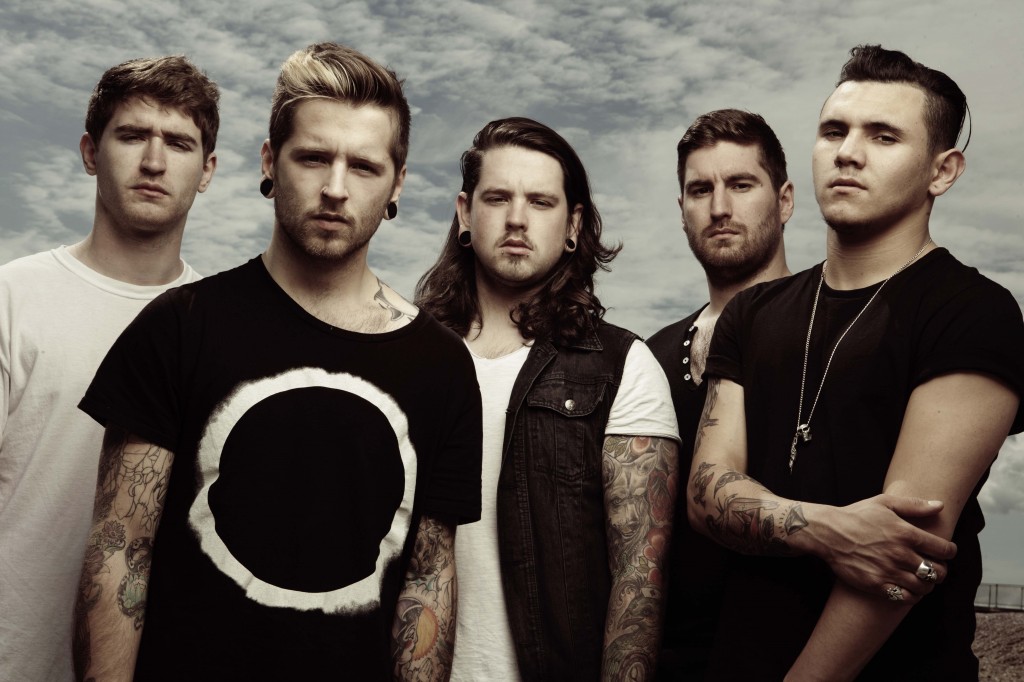 Check out the video “Of Glory” below and get a sense of what to expect from Bury Tomorrow. Whatever you do make sure you get front and center for their performance as your in for one hell of a show!

If you not content with all of this packed into one humungous show then your head needs checking!

“Last year was a blast,” says Kerrang! Editor James McMahon, “and standing side of stage for Limp Bizkit, a band I truly love, was both a thrill and an honour. But, with this year being the tenth anniversary of the tour, we’ve decided to return to the very essence of what this tour has always been about. New rock music. The music that roars out of the pages of the magazine each week, out of the airwaves, and the screens of TV, demanding your attention. You will not find four hotter rock bands on the planet right now than Don Broco, We Are The In Crowd, and… well, wait and see!”

Kerrang! is the world’s biggest weekly music magazine, attracting an influential, passionate young audience across online, radio, TV and print. With the relaunch of its website, Kerrang! has extended its reach across the brand to over 5 million interactions every month. The annual Kerrang! Awards attract the biggest names in rock and the sell-out Kerrang! Tour presents an amazing opportunity for readers to engage directly with the brand. First published 33 years ago, Kerrang! Continues to celebrate the best in rock music and in January 2014 marked the anniversary of its 1500th issue.

Tickets for the Kerrang! 2015 tour are on sale now and priced at €23.50 (in booking fee). They are available from Ticketmaster and other good ticket outlets nation wide. For more information on ticket availability, stage and door times, please check MCD for updates

FOR YOUR CHANCE TO WIN A PAIR OF TICKETS TO THE KERRANG! TOUR 2015, SIMPLY HIT THE GRAPHIC BELOW AND 1. TAG YOUR FRIENDS 2. INVITE THEM TO THE OVERDRIVE PAGE 3. LIKE & SHARE. 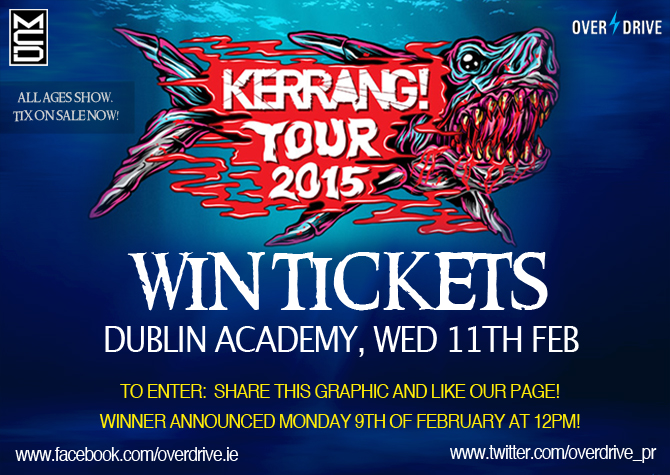