In 2012, the pop-punk heroes had to pull out of the tour due to an injury to fron-tman Deryck Whibley’s back, however it’s now 2016 and the guys are ready to launch the Kerrang! Tour tonight in Dublin’s Academy, with a line up packed full of nothing but the good stuff! Find out more….. 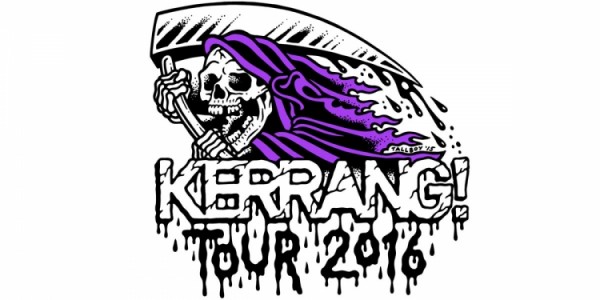 Not only is this a return for Sum 41 on our shores, but it also sees original guitarist Dave ‘Brown Sound’ Baksh back in the fold after nine years away. The band have been busy recording some new material for a forthcoming album that’s due out later this year and if your lucky, you might just be able to get an ear full of the new stuff tonight (Feb 10th) at the now sold out show in Dublin ‘s Academy.

Exclusively talking to Kerrang!, Deryck Whibley explaines, “Spirits in the band are so high right now! We’ve been gone for so long, and I’ve been through so much personally, and that’s led us to a place where we’re more excited than ever, and we can’t wait to share that with you guys! It was horrible having to cancel those shows – I hate cancelling anything – and more so because of my stupid back!” 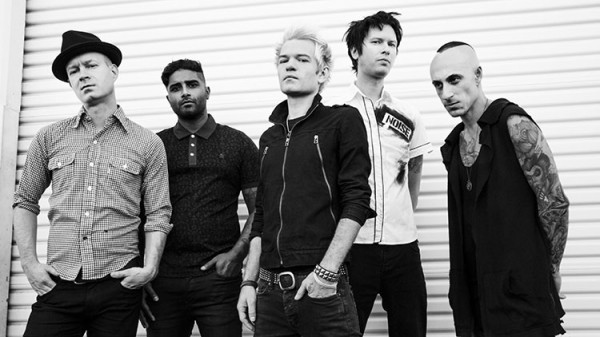 “After a three-year break, we’re honoured that our first tour back is the Kerrang! Tour in Ireland and the UK,” he adds. “We’ve been locked away in the studio making the new Sum 41 record, which will be out later in the year [2016].”

Joining Sum 41 for the tour will be ex-Gallows vocalist Frank Carter, who will be making his debut in the Republic of Ireland with his new project, Frank Carter and The Rattlesnakes. The band released their face-melting “Blossom” album last year, to rave reviews and will no doubt take the roof off the Academy tonight! Do not miss this! 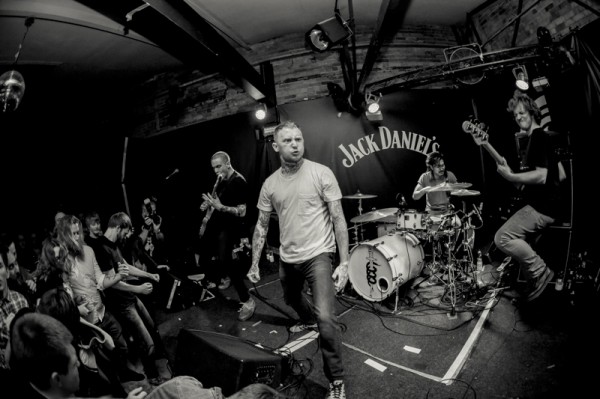 Also billed for the tour is up and coming Eastbourne “pop punk” five piece ROAM, who have just released their debut album “Backbone” which is available now for streaming on this link, 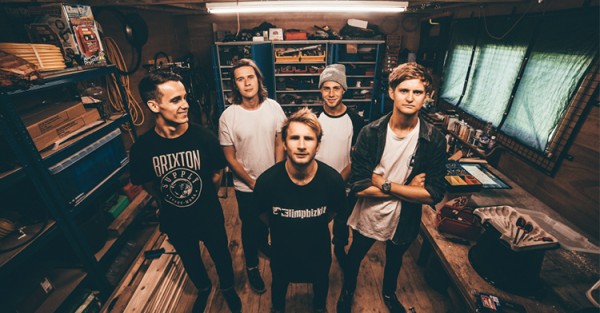 Finally, the last band to be joining the bill for the Kerrang! 2016 tour is none other than Atlanta, Georgia Rockers BITERS who will also be making their debut in Ireland’s capital with their Thin Lizzy’esq, whiskey-soaked anthems that will no doubt fire up the embers for the Kerrang! Tour in proper style! 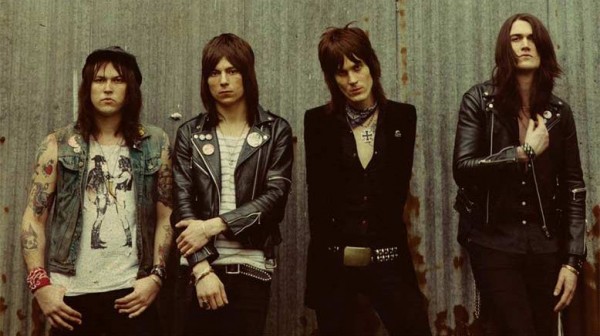 Stage times for tonight’s show in Dublin’s Academy are as follows:

THIS SHOW IS NOW TOTALLY SOLD OUT. FOR MORE INFORMATION CHECK WITH MCD.

Catch the Kerrang! Tour 2016 at the following: 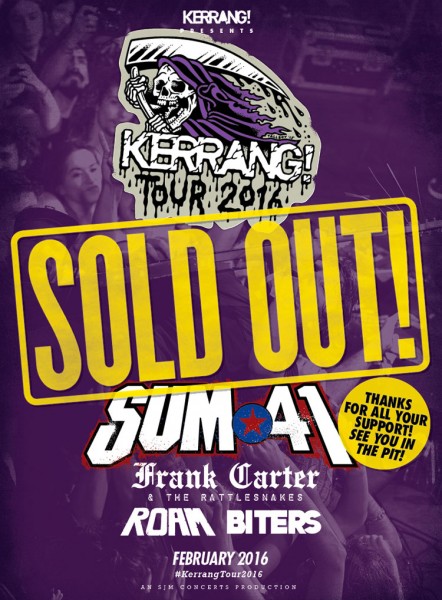