It seems Kerry King is getting ready to debut his long-gestating post-Slayer project and it could be under the name ‘Blood Reign’…. 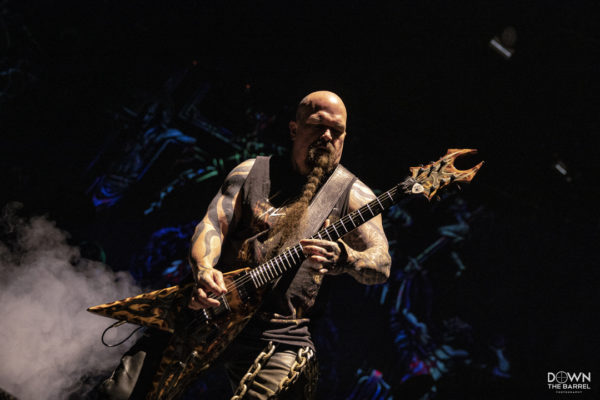 Photo – Down The Barrel Photography © 2022. All Rights Reserved.

In a new interview, the guitarist said he was waiting out the pandemic before launching the band, and that it won’t be that much longer before he unveils the project.

He also confirmed that Slayer drummer Paul Bostaph was on board. This comes after the guitarist revealed he was sitting on two albums’ worth of new material in 2020.

Regarding the band’s lineup, King refrained from naming anyone besides Bostaph, but said rehearsals began in March. The original plan was to tour as early as 2020.

Early rumours had fellow Slayer guitarist Gary Holt and Pantera singer Philip Anselmo also involved in the project, as well. However, with the recent news that Anselmo is resurrecting Pantera for a 2023 tour, it remains to be seen whether he will be on board for the Kerry King band.

Speculation as to what name King will debut his project has been circling with top suggestions claiming ‘Blood Reign’ to be the chosen brand seeing as King registered a new LLC company under the same name.

According to a search of Nevada business records, the entity is currently listed as active.

Check out information listed on the Blood Reign, LLC filing below:

SLAYER played its final show of their farewell tour in November 2019 at the Forum in Los Angeles. One day later, Kerry King‘s wife, Ayesha King, said that there is “not a chance in hell” that the thrash metal icons will reunite for more shows.

Stay tuned for more updates on this story as it unfolds… 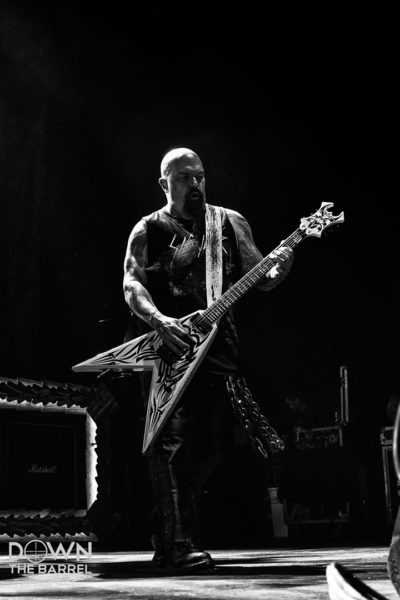 Photo – Down The Barrel Photography © 2022. All Rights Reserved.