So they may have been to Japan more times than Dublin and it may have been their 23rd last show ever, but when they play Ireland Kids in Glass Houses go all out. From swinging on rafts to walking into the crowd KIGH singer Aled leads the band through another successful gig. 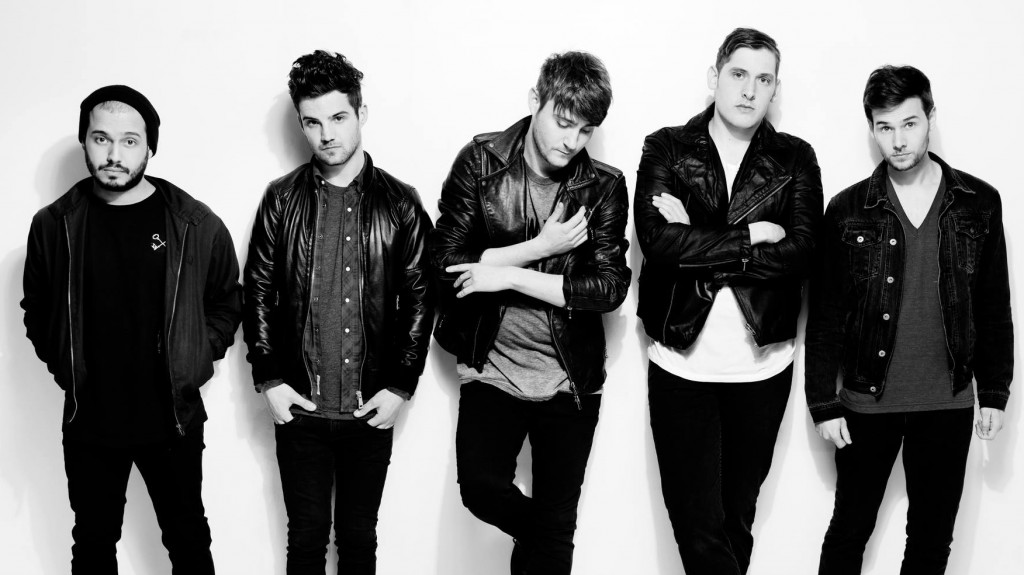 Starting the show with a bang the band begins with ‘Artbreaker I’ whose opening line This is not the way we planned it spoke of the fact that this is the band’s Farewell tour and the last time Dublin would see them play. Up the front young girls aged of 16 and up stare bewildered onstage as the band put their all into their performance.

Their second song ‘Give Me What I Want’ gets the whole venue singing and for good reason; this song made them famous. With the catchy riffs and simple lyrics this song is an anthem for the crowd to indulge on. Phillips is seen jumping around and interacting with the audience, climbing on anything that will hold him; he is fearless and not afraid to enjoy himself.

From the beginning of the set it is clear that there are some technical problems. There is a lot of feedback from the bass and also the lead singer’s mic is not working properly and he is struggling to keep up with the band. The bass is corrected after the third song easily enough but Phillips is driven to using Andrew, the bassist’s, mic. The band power through the performance regardless of these problems and seem to really enjoy the atmosphere. The guys interact fluidly among themselves and with the audience with Aled talking and joking during the whole set.

The sheer ability that the band gives off, fuels the crowd forward wanting more from them. Lead guitarist Joel is hid to the right of the stage in the background and even though he does not interact with the audience his absolute concentration on his parts shows that his main concern tonight is the fans and providing them with a great show. He is seen to smile meagerly at the audience during their displays of delight even though he does not utter a word.

During the fourth song ‘Undercover Lover’ Aled adds personalization to the line I’ve had a good day, doing things the wrong way by mentioning Temple Bar which the crowd love. The first three rows of people are jumping and singing along enthusiastically which puts a smile on Joel’s face.

Iain is hid away to the left of the stage where not many of people can see him. Hearing ‘Peace’ he comes to life singing Shaking in the shadow along with the rest of the band and having fun.

Throughout the whole gig the crowd is very receptive; it is an intimate show where there is no barrier to protect the band from their adorers. Aled takes full advantage to this by playing with props overhead and being close to the fans. Towards the end of the set Aled even walks into the crowd, jumping and sharing his mic with the fans who lavish this attention.

Talking with them afterwards they seem to be in two minds about their Farewell Tour as they are having so much fun and really enjoying the shows, but it seems to be the right time for them to hang up their hats. With only 22 more gigs to go, who knows, they might come back for more.

Give me What I Want

The Best is Yet to Come