Gatherers of the world, Killing Joke are delighted to announce the release of ‘Malicious Damage – Live At The Astoria 12.10.03’. 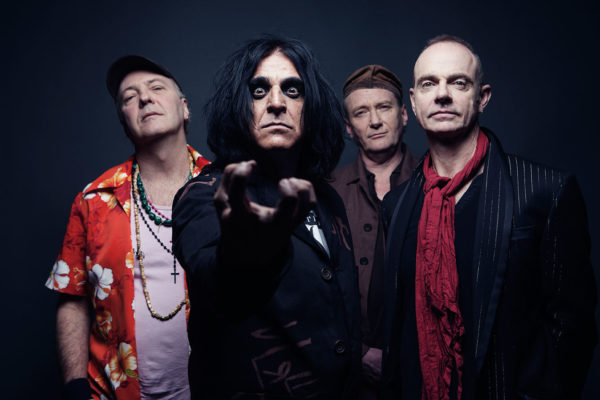 The concert now entitled “Malicious Damage” was filmed and recorded live at the legendary Astoria venue in the heart of London’s Soho on 12th October 2003.

A multi-camera shoot captures the passion and brutal violence of Killing Joke’s performance. Sadly one of the last recorded concerts to feature bass player Paul Raven before his untimely death in 2007.

The concert is released on limited (1000 only) double red vinyl in a gatefold sleeve featuring the artwork of long-time Killing Joke artist / collaborator Mike Coles.

On Double CD in slipcase and the DVD in a metal box with 5 postcards, limited to 2000.

Killing Joke play a series of headline shows in August, including a sold out performance at the intimate Subterania in London on August 10th.

These dates coincide with KJ playing the Town Centre Stage at the Boomtown Festival on August 9th.

Very much music as ritual – raw, uncompromising and precisely-targeted lyrically, Jaz Coleman, Geordie, Youth & Big Paul, the original Killing Joke personnel, are currently delivering the best and most relevant material of their career, with no mellowing or softening of the edges getting in the way.

With collective nostrils flared and righteous anger carried torch-high, Killing Joke continue to take their music of resistance to new levels, both in the studio and out on the road… 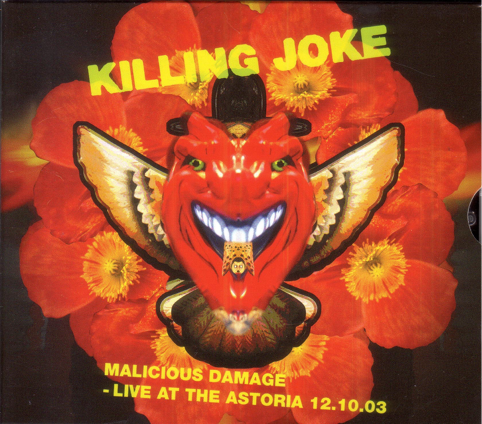