What is quickly looking like the gig of 2015, Slipknot have added the controversial King 810 to join them along with Korn for the first night of the “Prepare For Hell Tour”. 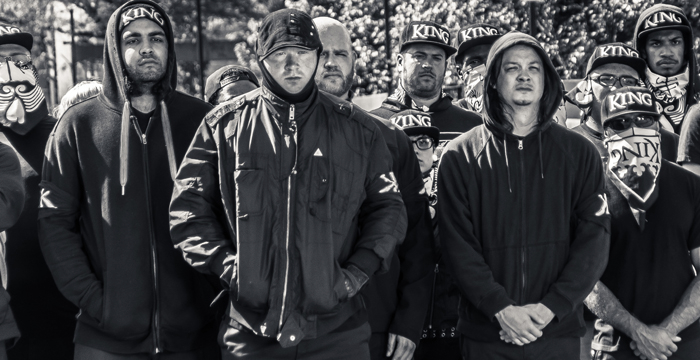 One of 2014’s hottest new bands, King 810, who’s debut record was released to critical acclaim earlier this year, have been announced as the opening act on the ‘Prepare For Hell’ tour. The awesomely heavy quartet from Flint, Michigan will be joining the multi-platinum, Grammy-Award-winning, masked beast that is SLIPKNOT when they make their long awaited return to Ireland and UK arenas in January 2015 with their ‘Prepare For Hell’ tour.

SLIPKNOT‘s frontman Corey Taylor muses; “The UK has always been very special for us. In a lot of ways, it’s where this insanity began. So, for this tour, we decided to try and hit as many places as we could – not only England, but Scotland and Wales as well. Technically Ireland is Europe, but we’re going there too. We’re coming back for the people who started this for us: that would be YOU. Prepare yourselves… Hell is coming.”

King 810 frontman, David Gunn adds: “We’re glad to be bringing KING back to the UK so soon. We’re just as glad that the ‘Prepare For Hell’ tour isn’t coming to an end just yet and we get to watch Korn and Slipknot for another 21 shows.”

Slipknot’s first new music in over six years, ‘5; The Gray Chapter’ was released in October to huge acclaim from fans and critics alike. SLIPKNOT‘s visually arresting, chaotic, spectacular shows often become the stuff of legend, so with all new masks and production, these events are essential!

Previously announced special guests KORN complete the trio of bands on the ‘Prepare For Hell Tour, making it one of the must see events of 2015.

Tickets for Slipknot in the 3 Arena on January 14th are now on sale and are close to being sold out! For any more information, please check out MCD.

For your chance to WIN a pair of tickets to Slipkot, Korn & King 810 please click on the graphic below! 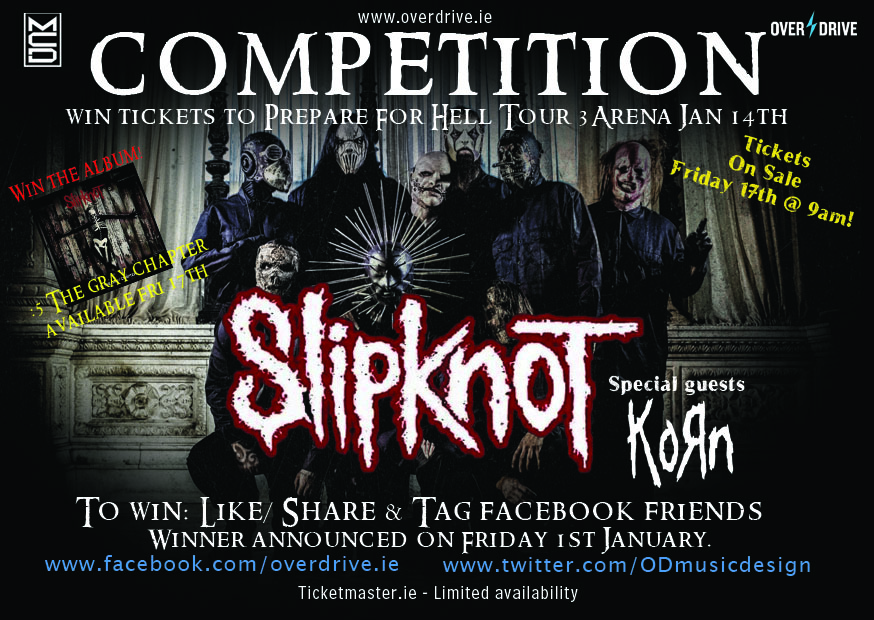