After introducing a new live show, as well as music, at festivals across Europe this summer, King Diamond is now ready to officially reveal the title and theme for the first studio album in 12 years! 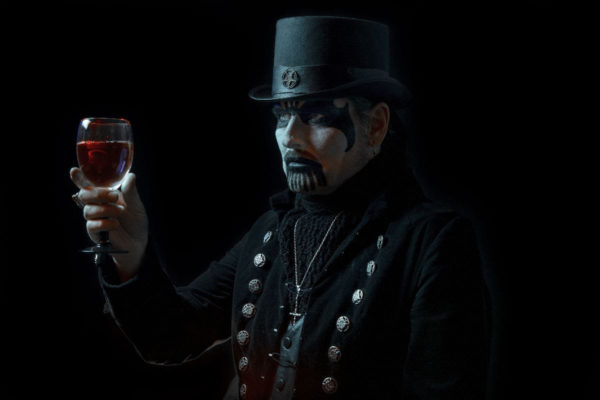 Titled, The Institute! Fans can expect the debut single to arrive this fall and an album in 2020; in the meantime, a tour teaser with a sneak peak of the new stage set can be viewed below;

King Diamond comments about the upcoming album The Institute: “For reasons unknown to you, it is clear that you have no way of making it to ‘The Institute’ on your own at this point. Therefore, we will bring ‘THE INSTITUTE’ to you.
You don’t want to miss this special opportunity for treatment only we can give you. It could be for your own good, you know…”

In support of The Institute project, King Diamond will embark on a North American tour with Uncle Acid & the Deadbeats and Idle Hands in November/December.

King Diamond comments: “Watch out North America, we are coming for you this Winter. I’m very proud to bring two special and amazing guests to you. Their names are Uncle Acid & the Deadbeats, plus Idle Hands. Make an appointment now via this link.

Uncle Acid & the Deadbeats adds: “As the long nights draw in and the temperatures drop, I can’t think of a better artist to creep around North America with than the legendary King Diamond. You’ll all be in for a treat…See you there!”

Idle Hands adds: “Touring with the iconic King Diamond is nothing short of a dream and we are excited to make it a reality.”

“See below for all dates! Meet and Greet with King Diamond is available for the first time ever on this tour – VIP Meet and Greet packages which include one ticket to the show and exclusive merchandise go live this Tuesday at 10am ET at this location. 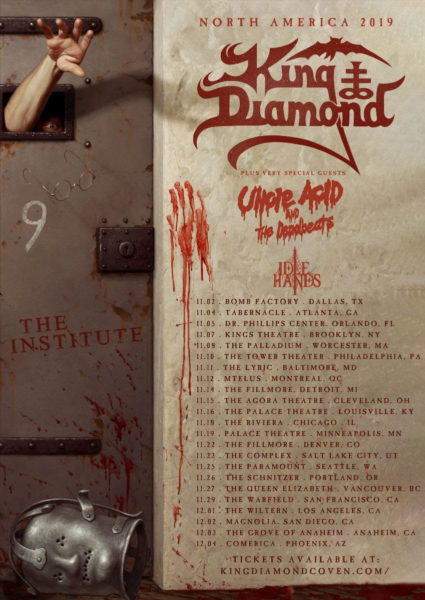