Korn have just announced the latest phase of original guitarist Brian ‘Head’ Welch‘s integration back into the band’s touring lineup. Although Head’s spot in Korn isn’t permanent quite yet, all signs point to great things ahead. With that sentiment in mind, Korn have just revealed a batch of tour dates which will feature Head performing headlining U.S. shows with the band for the first time since 2004.

Korn recently announced that Brian ‘Head’ Welch would be joining them for a number of European festival dates this summer, along with U.S. festival gigs at Rock on the Range in Ohio, Rocklahoma in Oklahoma, and Rock Fest in Wisconsin. Now, more fans will be able to check out Korn’s reunion with Head during a series of more intimate headlining U.S. shows in May.

“We’re taking it slow,” Head commented during a recent interview. “I’m just saying anything is possible right now … As far as right now, it’s all good. It’s all good and I’ve never seen my family so positive and healthy and happy.” Head capped his thoughts on a possible permanent reunion with Korn by offering the line, “Hearts change, and reconciliation is now.”

Korn will be appearing on the main stage on Friday 14th June at the Download Festival. There is no doubt that they will smash it!! Bring it on!!!!! 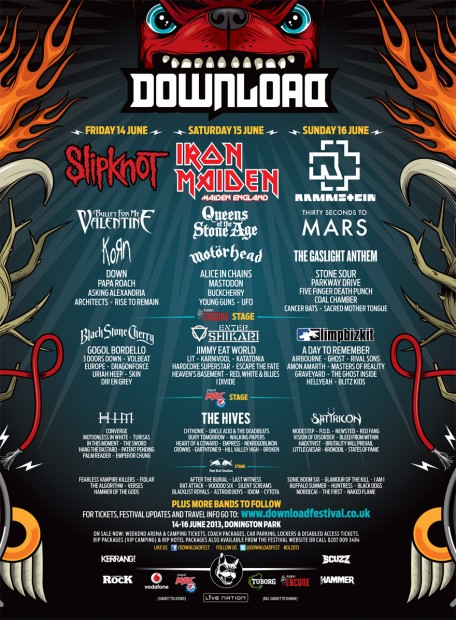