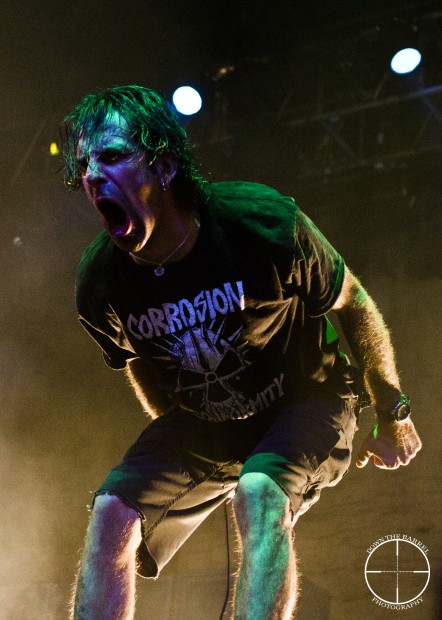 Lamb of God have to be one of the frontline specialists when it comes to enticing fans to knowingly injure themselves in circle pits at their shows, and having them smile when they do it. The energy that Randy Blythe feeds on at Lamb of God gigs is legendary and he injects it right back into the crowd, where it multiplies exponentially. It’s a vicious circle, and one that everyone wants to be in.

Tesseract opened the show, with the band starting to get the blood pumping at least. The two bands’ styles clash a bit on stage; Tesseract are more prog-rock and effects-laden, whereas Lamb of God are just balls-out mayhem, metal, and ferocity. I take nothing away from Tesseract; they gave a good show and did a damn good job. I saw them before at the Download festival a few years back, and they were metal as hell! It’s a pity that the booking agent on the tour had an “off” moment when selecting the support. 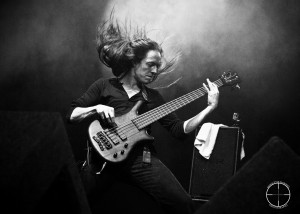 But its not about them, its about LOG. And CHRIST!!! what a night!

After a massive Bloodstock blowout in the UK, Mr. Chris Adler made the first noise with the intro to “Desolation”. Then as soon as the other band members joined in, all hell broke loose. Blythe, animated as ever, screaming at the mic like it was deaf for the duration of the show made quite an impact on the fans, and probably on security if the crowd surfing level was anything to go by. 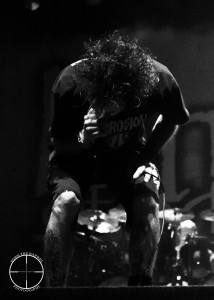 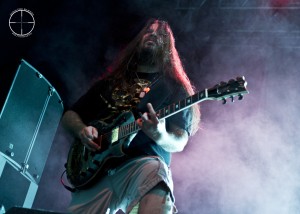 The moshing started instantaneously and relentlessly, and from where I was situated, it looked like there were going more than a few bruises on the fans (I’m still sporting mine). Mark Morton (guitar) cleaned his channel for the intro for “Ghost Walking”, and the thick, heavy bass from John Campbell heaped oodles of brutality into the song, as Willie Adler ploughed into the main opening riff. Randy took time out for a minute to talk about the Czech incident where a fan was injured at a show, (and later died from  head trauma), and implored everyone in front of him to look out for each other as the night progressed before the band jumped into “Walk With Me In Hell”. 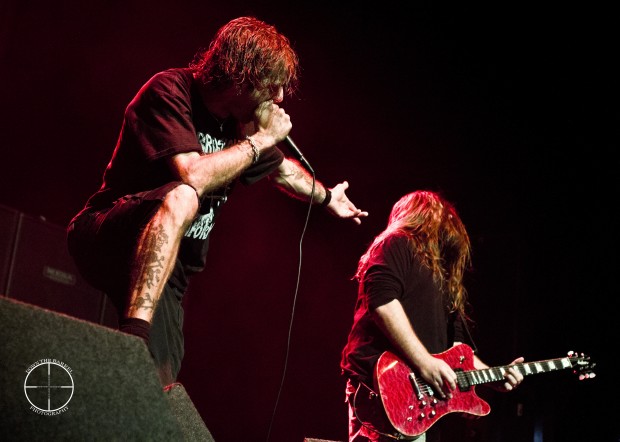 Blythe is not ashamed of bringing up demons from the past to improve the future, as it is clear to see. And more power to him for it. He obviously has a high regard for other people and it was evident on the night. The last thing anyone needs is a repeat of Prague where he was arrested and charged with 19-year-old Daniel Nosek’s death. But nobody wanted to dwell on a tragedy like this tonight, so Blythe quickly moved on and threw himself into the “As The Palaces Burn” anthem, “Ruin”. 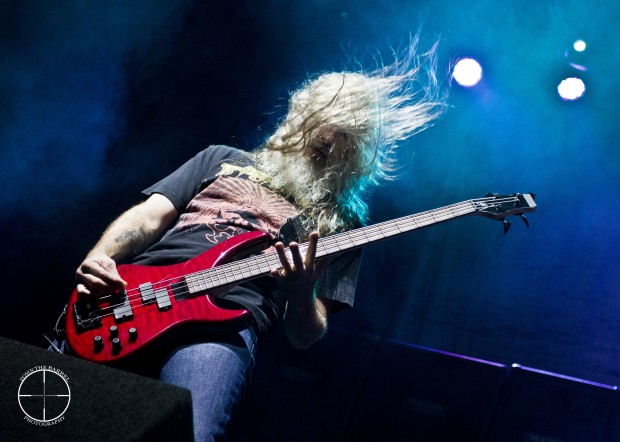 Shane McGowan got a dedication (or rather, his liver did), with “Now You’ve Got Something To Die For”, a chord that struck just about every Irishman in the building. The “drinking song” that is played at almost every show (11th Hour) received a healthy roar of admiration from the crowd. No prizes for guessing what the majority were doing after the gig. “The Undertow” and “Omerta” were the last of the quieter songs, if you can call them that. “Contractor” kind of ended the night, but the final act was yet to come.

The gentle acoustic intro of “The Passing” signalled that there was more carnage left in the tank, as “In Your Words” re-ignited the flames of crowdsurfing and sheer disregard for one’s own personal safety again, bringing in “Laid To Rest” to keep the pot boiling over. 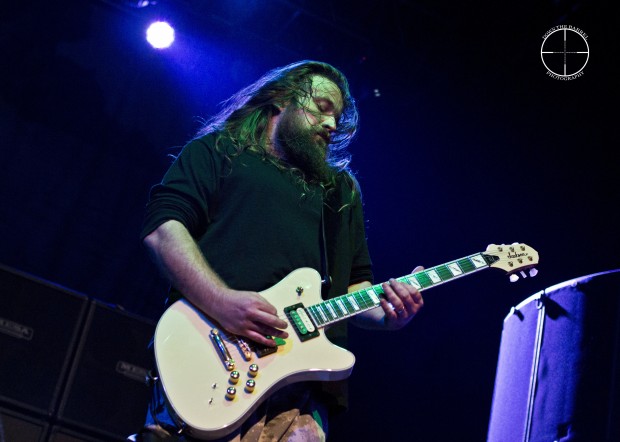 Finally, “Redneck” was brought to the fray, and was accepted willingly by every single person there. I thing that was the most interesting part of the night – it seemed that Blythe didn’t need to sing at all. It was being done for him. The Wall of Death creator, “Black Label” didn’t even need its regular introduction. Everyone knew what was coming and what to do. The seas parted, and came together in a clashing of arms, legs, heads, and whipping necks as Adler’s double-bass skills drove the crowd nuts. There was some serious whiplash after this. No doubt. 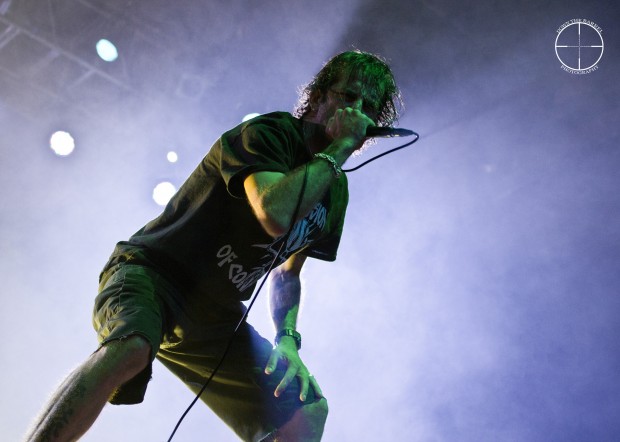 Although it was a short set list, everyone left in one piece with ringing ears, and bruised and battered bodies. Upon leaving, it looked as thought a wave of brotherhood had swept over everyone. It seems that picking a fallen compadré up from the floor is reason enough to warrant a thank-you drink, and rightly so…and there were plenty of them. The Olympia’s foundations will have been well and truly shook with a show like this, and I cant wait for LOG to return with another arsenal to rip through the heart of Dublin again. Blythe, the Adlers, Campbell and Morton have done themselves proud, and will be welcomed back here anytime. 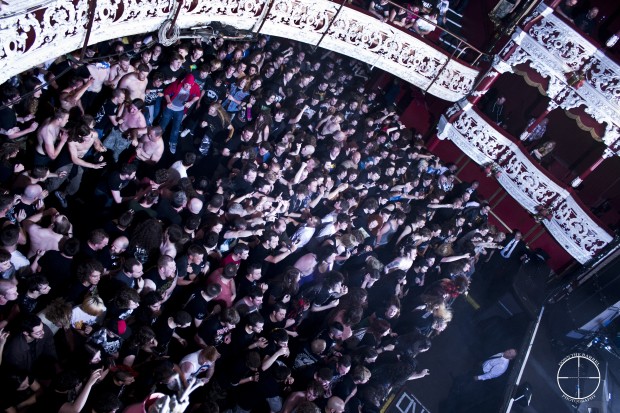 6. Now You’ve Got Something To Die For