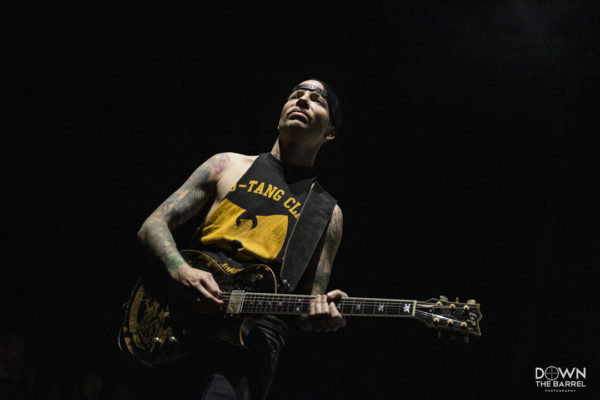 Last week saw a guitar belonging to Lamb Of God‘s guitarist Willie Adler and a bass belonging to his bandmate John Campbell stolen from the band’s semi during the setup for their show at the Ak-Chin Pavilion in Phoenix, AZ on May 02nd.

Adler himself took to social media to vent on the theft and raise awareness about the stolen instruments, while also sharing a suspicion that it may have been an inside job.

It is now being reported that Adler‘s stolen guitar showed up three days after the theft on the online marketplace service OfferUp in a listing posted in the Phoenix, AZ area.

His years of playing on it produced a well-worn look that ESP duplicates with a “distressing” treatment for knockoffs. But apparently, the real thing actually did show up on the popular classified-ad style website, according to cops (see picture below). 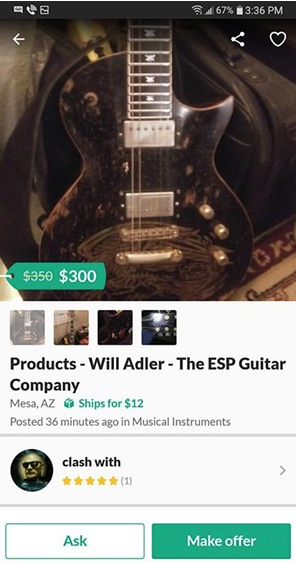 While both the police and Adler were contacted about the listing, the guitar was not successfully retrieved. A fan of the band also attempted to meet up with the seller under the guise of purchasing the guitar with intentions to indulge to in fact indulge in some vigilante behaviour, but the seller apparently got cold feet.

According to a report on Phoenix New Times, the local police have confirmed that the guitar did indeed show up on the service and that the thefts are actively being investigated. Phoenix Police Sergeant Vince Lewis commented to the aforementioned publication:

“One did turn up on OfferUp. We have yet to name a suspect or recover either guitar. Our investigators are actively working on this case.

The more we release, the harder it becomes to catch up with a suspect or locate these items before either go underground or into the wind.”

In a recent interview, Mark Morton talked about the latest on the band’s new album;

Morton says that he and his Lamb Of God bandmates are making good progress on their next studio album.

He reported back in February that the material that he and fellow guitarist Willie Adler had been working on had a “really cool energy” and said he was “thrilled” at the direction of the follow-up to 2015’s VII: Sturm und Drang.