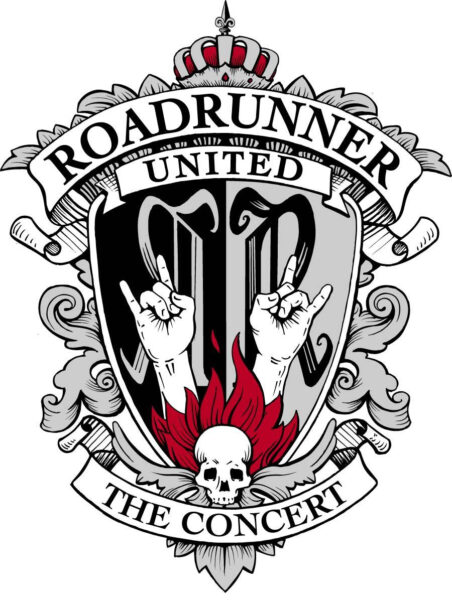 The release was labelled “a testament to Roadrunner’s far-reaching impact on the genre” by MTV. Because that’s exactly what it was.

Additionally, on December 15, 2005, a concert celebrating the project, album, and anniversary took place at the Nokia Theater in New York City.

That star-studded event featured multiple musicians, both past and present, from Roadrunner bands — as well as musicians that did not originally perform on the All-Star Sessions album.

The set list consisted of some of the most popular and famous songs released by Roadrunner Records, as well as some of the original songs from the project’s album. The “core band,” which performed on the majority of the songs, consisted of the aforementioned Cazares (Fear Factory), Adam Duce (Machine Head), the late Paul Gray (Slipknot), the late Joey Jordison (Slipknot, Murderdolls), Andreas Kisser (Sepultura), and Roy Mayorga (Hellyeah, Stone Sour).

Now, both the original All-Star Sessions album and the concert performance itself will be made widely available in multiple configurations on March 10, 2023. Pre-orders for the concert album, which will be available on vinyl, CD, digitally, and presented in HD for the first time, are now live here.

“The Roadrunner United album was something I still have a hard time believing that it happened,” says Heafy, who served as the youngest songwriting captain on the album. “A 19-year-old me being enlisted to be able to write anything I wanted… while picking a dream line-up of my favourite musicians every single every song? I am still honoured and grateful to have been allowed this amazing experience. All I can say is… I want to do Part II.”

Flynn reflected on his participation as a captain, saying, “I had a couple of riffs left over from [2004 Machine Head album] Through the Ashes of Empires that I hadn’t ended up using, so brought them into play first-off for Roadrunner United. The song that really kicked it off for me was ‘The Dagger.’ I was like, ‘Man, this is a fuckking banger. I don’t know if I even want to give this away!’’ I actually told the label, ‘If you can lock in Howard [Jones] from Killswitch Engage to do the vocals, you can have it.

Otherwise, I’m keeping it for Machine Head!’ We had so much fun when Howard flew in to record that song at my studio. He only had about three sentences of lyrics prepared, so we spent hours talking over what the song could be about, and then he free-styled a bunch. I remember him getting up, walking into the vocal booth, and just belting out this fucking insane scream, this screech! It became the sound that opens the whole record.“

That moment caused a wave of songs to come flooding through for Flynn and further inspired his creativity on songs and the iconic Machine Head album that came after — 2007’s The Blackening. He even stated that working with different artists for Roadrunner United “really opened my mind to all these possibilities.”

All details about each configuration of the live concert album and original CD are below. 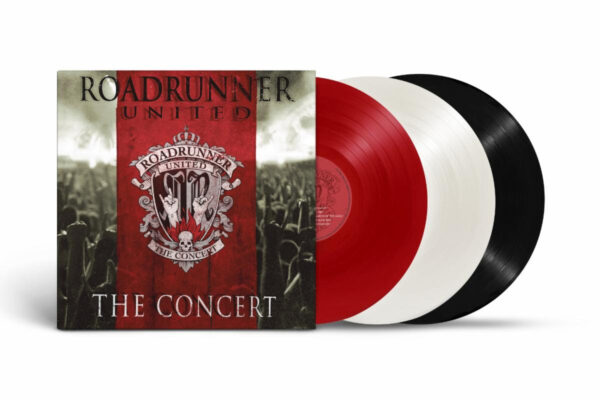 We have opened the vault to bring to you for the first time on vinyl Roadrunner United The Concert (Live at the Nokia Theatre, New York, NY, 12/15/2005), featuring members of Slipknot, Anthrax, Trivium, Machine Head, Fear Factory, Sepultura, and more.

Each song was studiously rehearsed and arranged, coming together with exuberant perfection, to produce a concert that can only be called legendary and iconic!

This 3-LP set represents the gathering of a community of musicians that spans the heavy metal history of the first 25 years of Roadrunner Records — from King Diamond to Slipknot and beyond.

Those who were lucky enough to be there, experienced a night they will never forget. For the first time as a live concert album, this 3-LP set on red, white, and black-coloured vinyl is a chance to relive that special night again and again. The concert will also be available digitally. 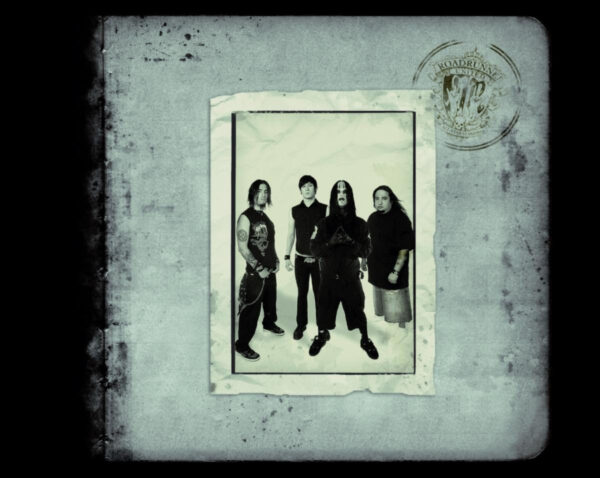