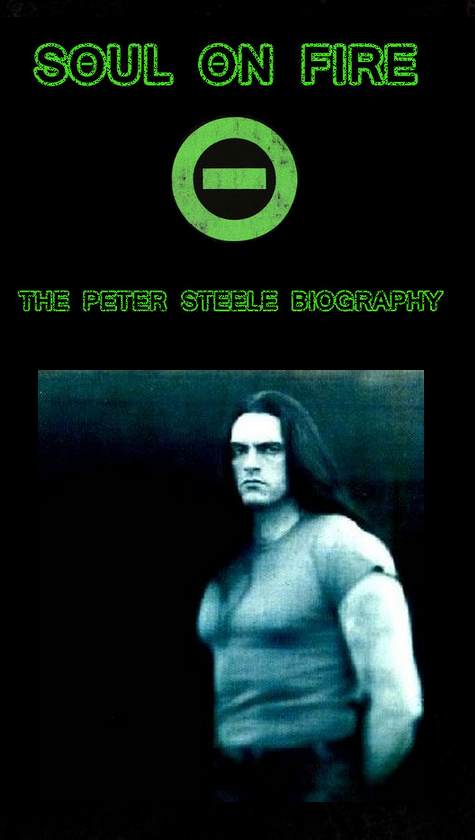 The authorized biography of late CARNIVORE and TYPE O NEGATIVE frontman Peter Steele called “Soul On Fire” is in motion. Written by renowned metal journalist Jeff Wagner (“Mean Deviation: Four Decades Of Progressive Heavy Metal”), the book will be “a comprehensive investigation of [Peter’s] life and music, supported by those who knew him best, written by a fan, for the fans.”


A posting on the project’s official Facebook page reads: “If you’re a fan, have recollections of meeting Peter, have photos, tattoos, or anything, Facebook. This is a total labor of love and one that his followers will hopefully find an indispensable part of the TYPE O continuum.”

“Going through a midlife crisis and having many things change very quickly made me realize my mortality,” he told Decibel magazine in 2007. “And when you start to think about death, you start to think about what’s after it. And then you start hoping there is a God. For me, it’s a frightening thought to go nowhere. I also can’t believe that people like Stalin and Hitler are gonna go to the same place as Mother Teresa.”

Steele was born Petrus T. Ratajczyk on January 4, 1962 in Brooklyn, New York. He stood 6′ 7″ (201 cm) tall, and had a low, bass-heavy voice, which was one of the most recognizable features in TYPE O NEGATIVE’s music.

Wagner is a music connoisseur and metal historian, and a former editor of Metal Maniacs magazine. He has penned incisive liner notes for releases by EMPEROR, POSSESSED, DARK ANGEL, CONFESSOR and others. A music industry professional since 1994 and a lifelong music obsessive, Wagner lives for what he writes about and writes about what he lives.