Death Tribe, the brainchild of Kaoteon founder Anthony Kaoteon, have released a new lyric video for the song “Beyond Pain And Pleasure” in support of their debut album, ‘Beyond Pain and Pleasure: A Desert Experiment’ on February 22nd. 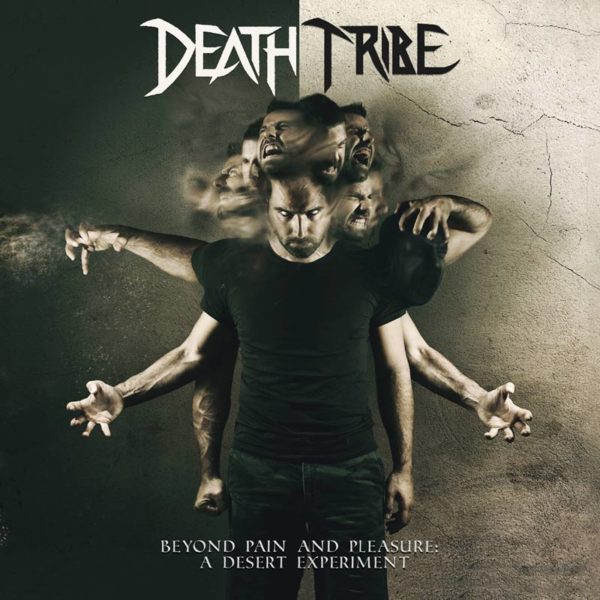 Born in war-torn Beirut, scarred by death, corruption and a multitude of atrocities supported by radical ideologies.

Anthony Kaoteon has always been driven by challenges to hustle out of a cursed life and establish himself without prejudice or belonging.

He decided not to accept the status quo and shaped his own fate single-handedly. “I am grateful for what life offered me so far and I treat my time with respect as I know how limited my time is”, says Anthony. “I know that I am of no importance and everything is insignificant, and that gives me the greatest relief. Allowing me to celebrate life with all its offerings until the day I am put down by a bullet or disease“.

Death Tribe’s debut album was composed over many years and covers multiple metal sub-genres from black metal to heavy metal and everything in between. In the studio, the band consisted of Kaoteon, Linus Klausenitzer (Obscura, Alkaloid, Kaoteon) on Bass and Mattias Landes (Dark Fortress, ex-ReVamp) on Drums.

Anthony had this to say on the album:

Anthony is quoted as saying “This is not an album – this is a metal souvenir of all those who died – those who fought for their right – those who did not accept to fall on their knees and kept their head held high. I dedicate this album to those who keep chasing their dreams, to every person that was born with a tag on his forehead and defied the world to make his own statement heard. I will die soon but the music stays to remind those who listen to a man who didn’t obey“.

Fans can purchase the record here.

The video can be found here;