Nearly 20 years ago, Led Zeppelin introduced BBC Sessions, an acclaimed two-disc set of live recordings selected from the band’s appearances on BBC radio between 1969 and 1971. Later this year, the band will unveil The Complete BBC Sessions, an updated version of the collection that’s been newly remastered with supervision by Jimmy Page and expanded with eight unreleased BBC recordings, including three rescued from a previously “lost” session from 1969. 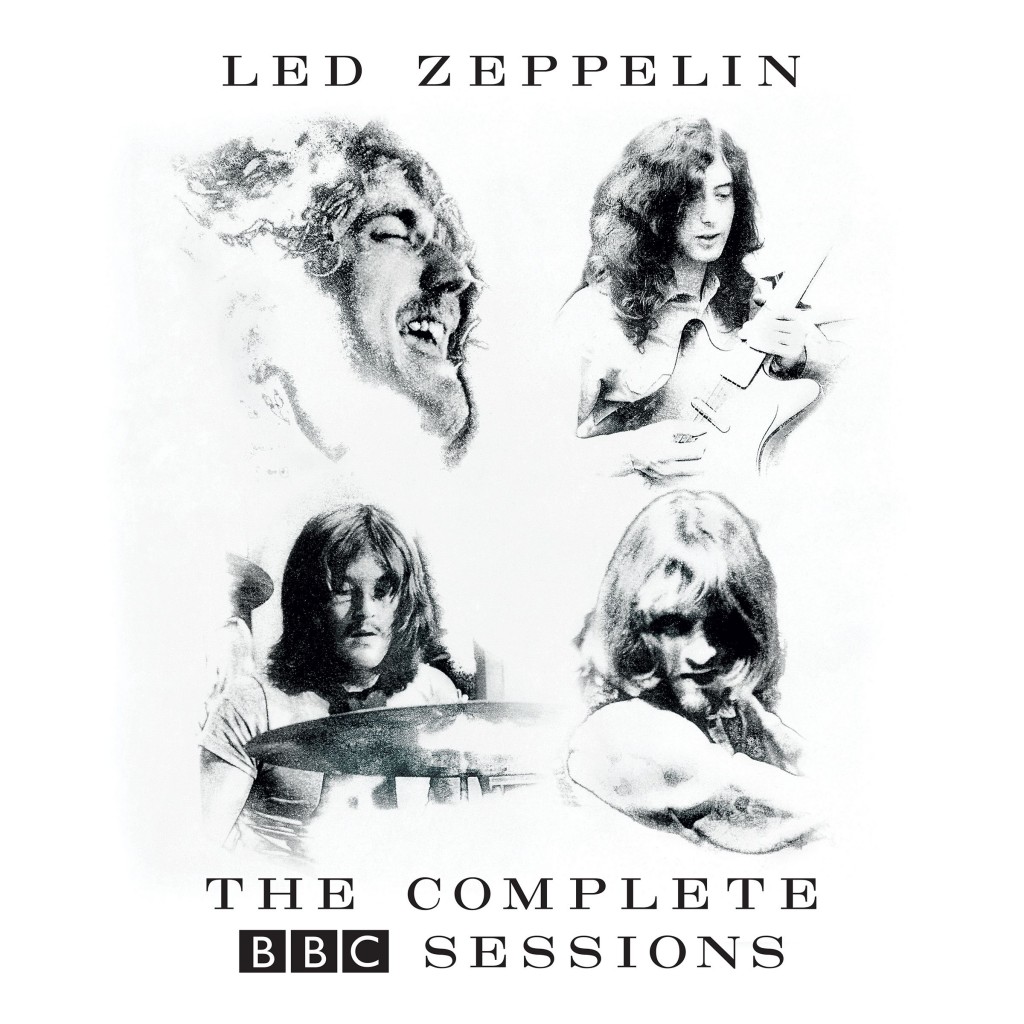 BBC Sessions was originally released in 1997 and has been certified double platinum by the RIAA. The Complete BBC Sessions builds on that collection with a third disc that boasts eight unreleased performances. In addition, the set includes extensive session-by-session liner notes written by Dave Lewis. For the first time ever, it provides accurate details and notes about all of the band’s BBC sessions.

The Complete BBC Sessions will be available in multiple formats from Atlantic/Swan Song on September 16th: 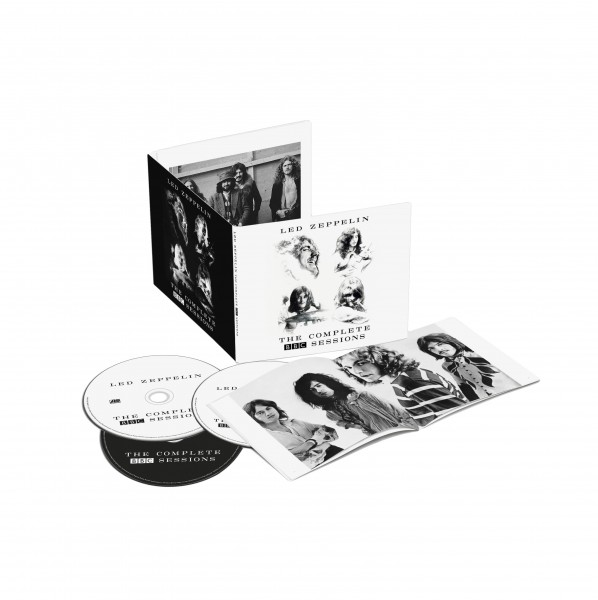 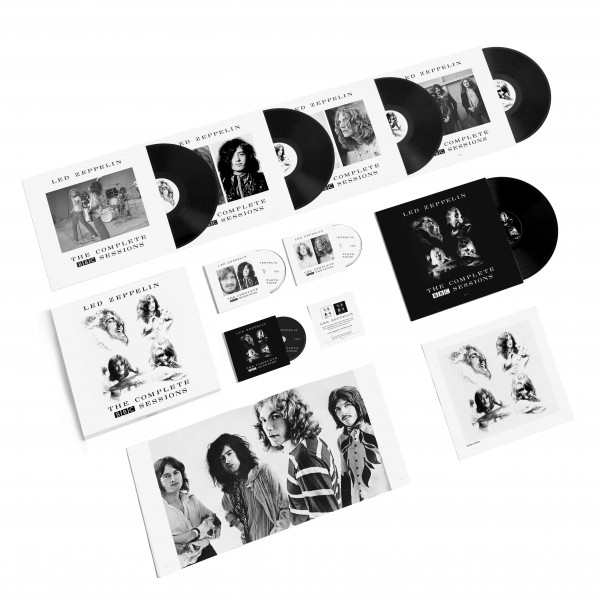 Super Deluxe Boxed Set (3CD/5LP), which includes a High-def audio download card of all content at 96kHz/24 bit, a 48-page book filled with photos of the band, the recording locations, BBC memorabilia, and session information and a high-quality print of the original album cover, the first 30,000 of which will be individually numbered. 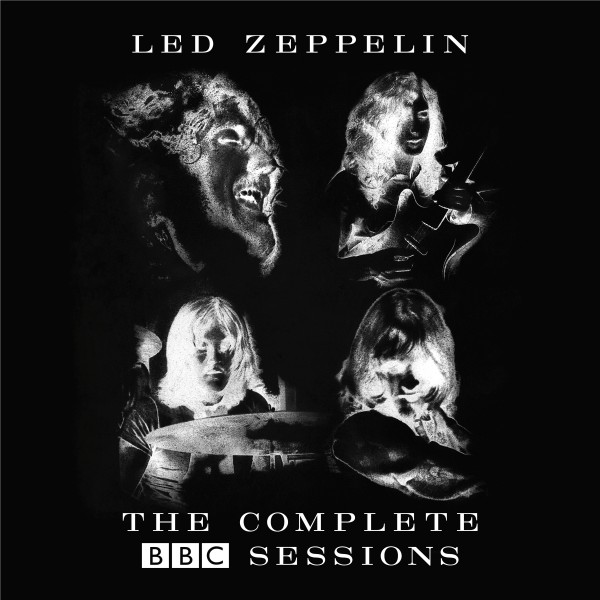 Digital Download – Remastered album and unreleased audio will both be available.

Musical highlights on this new collection include the debut of a long-lost radio session that has achieved near-mythic status among fans. Originally broadcast in April 1969, the session included three songs: ‘I Can’t Quit You Baby,’ ‘You Shook Me,’ and the only recorded performance of ‘Sunshine Woman.’

Also included are two unreleased versions of both ‘Communication Breakdown’ and ‘What Is And What Should Never Be.’ Separated by two years, the performances vividly demonstrate the young band’s rapid evolution over a short period of time.

Jimmy Page spoke about the band’s growth in an interview with Guitar World: “The BBC Sessions show in graphic detail just how organic the group was. Led Zeppelin was a band that would change things around substantially each time it played…We were becoming tighter and tighter, to the point of telepathy.”

Speaking with Wall of Sound, John Paul Jones added: “We’d been on the road a lot by the time those sessions were recorded. The albums were always the starting point of the music, and then we’d take it out and expand it on the road. Then we’d come straight off the road into those BBC studios.”

Recalling the BBC experience in an interview with Mojo, Robert Plant said: “The whole thing was very quaint: the politeness of the audience, the technicians fumbling about, proper hallowed low-key introductions. Like there was some sort of holy moment about to occur.”

Led Zeppelin continues to be honored for its pivotal role in music history. The band was inducted into the Rock & Roll Hall of Fame in 1995, received a Grammy Lifetime Achievement Award in 2005, and a year later was awarded the Polar Music Prize in Stockholm. Founding members Page, Plant, and Jones, and along with Jason Bonham, the son of John Bonham – took the stage at London’s O2 Arena in 2007 to headline a tribute concert for Ahmet Ertegun, a dear friend and Atlantic Records’ founder. The band was honored for its lifetime contribution to American culture at the Kennedy Center Honours in 2012. In January of 2014, the band won their first ever Grammy award as Celebration Day, which captured their live performance at the Ertegun tribute concert, was named Best Rock Album. The last two years saw an unprecedented reissue campaign of all nine of the band’s studio albums, which achieved Top 10 chart status around the globe whilst also garnering 5-star reviews and other critical accolades along the way. 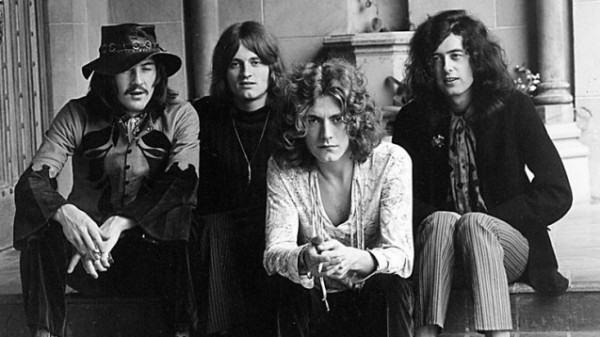