LESS THAN JAKE ANNOUNCE THEIR RETURNS TO IRELAND – DETAILS HERE!


Legendary Floridan ska-punk maestros Less Than Jake return to Ireland for two shows in March 2022! Get full details below… 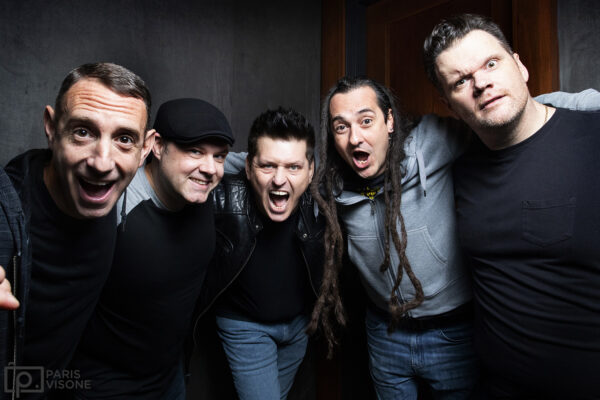 The band are set to be joined by upcoming English rockers Millie Manders and The Shut Up as special guests on both dates, and Live Free DJs spinning everything you want to hear (except Nickelback).

In 2020, the band released their latest studio effort via Fat Wreck Chords, ‘Silver Linings’. For the band, Silver Linings also doubles as a bunch of sonic diary pages and a mission statement that cements their conviction after two decades in this rock ‘n’ roll circus.

Wasilewski continues: “We’re not looking for silver linings,” he clarifies. “The record is about appreciating them. Nobody appreciates them until maybe it’s too late or maybe it’s after the fact.”

Known for top-level skanks and bangers such as ‘All My Best Friends are Metalheads’, ‘Johnny Quest Thinks We’re Sellouts’, ‘The Science of Selling Yourself Short’ and most recently ‘Lie to Me’ – The story of Less Than Jake isn’t told in their sizable discography or road miles traveled (but somewhere in the region of two Van Allen belts.)

Less Than Jake’s cumulative worth is all about what they bring to your party.

From sweaty club shows to uproarious festival dates to opening up for America’s most beloved rock acts, these five lifers’ deeds are best measured in the smiles they’ve slapped on the faces of true believers and new listeners, alike.

Tickets for Belfast, Limelight on May 30th, are also available now for £22, via this link. 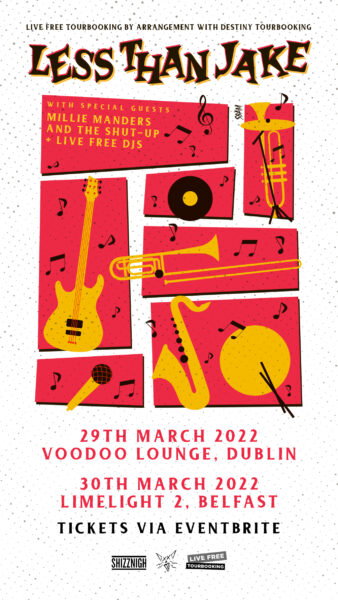