As Overdrive reported last year, the Kerrang! tour will be pulling into Dublin’s Olympia, with Limp Bizkit leading the charge. The hour is nearly upon us so get ready to get your ass kicked by Fred Durst. 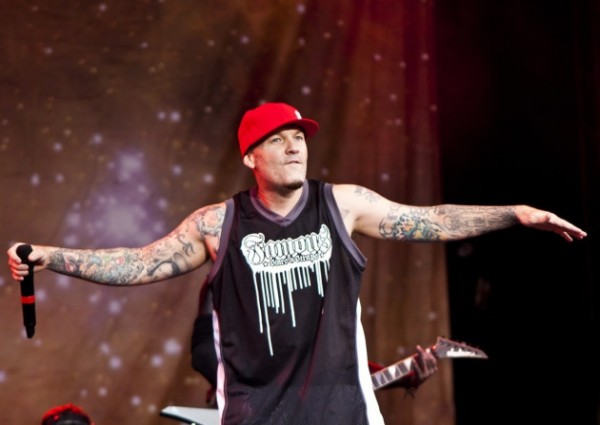 The guys have been smashing it hard on this tour with some great reports coming back to the Overdrive HQ. Having played Cardiff on Saturday night and Liverpool last night the Kerrang! tour will be taking a breath today to gear up for the onslaught in Dublin tomorrow (Tuesday 11th Feb) night.

Joining Limp Bizkit on this special jaunt is some smoking hot bands that along is worth the ticket value. Crossfaith will be making their Irish debut tomorrow night with a set list that will no doubt lay waste to the historic venue. Also coming along for the ride is Neckrogoblikon who have been making serious waves in Europe following their crushing performance at last years Download Festival.

Joining this awesome collection of bands is non other than Baby Godzilla, who just completed a UK tour with Irish Punk Rock dirt-bags and Overdrive favorites, WOUNDS. 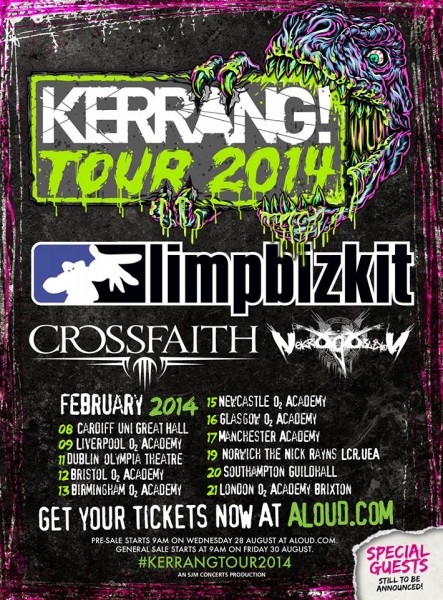 With just a handful of tickets left before the doors tomorrow night, you better get off your ass and sort it out ASAP. For all information on this event and much more, please head over to MCD.

Tickets can be purchased from Sound Cellar and Ticketmaster.