The bank holiday weekend has been long awaited by the masses of music fans, as there are gigs and other shenanigans taking place across the country. Kerbdog are a homegrown favorite with Overdrive, so we sent Shaun Martin on the road south to catch up with the Kilkenny rockers on what was an amazing show. 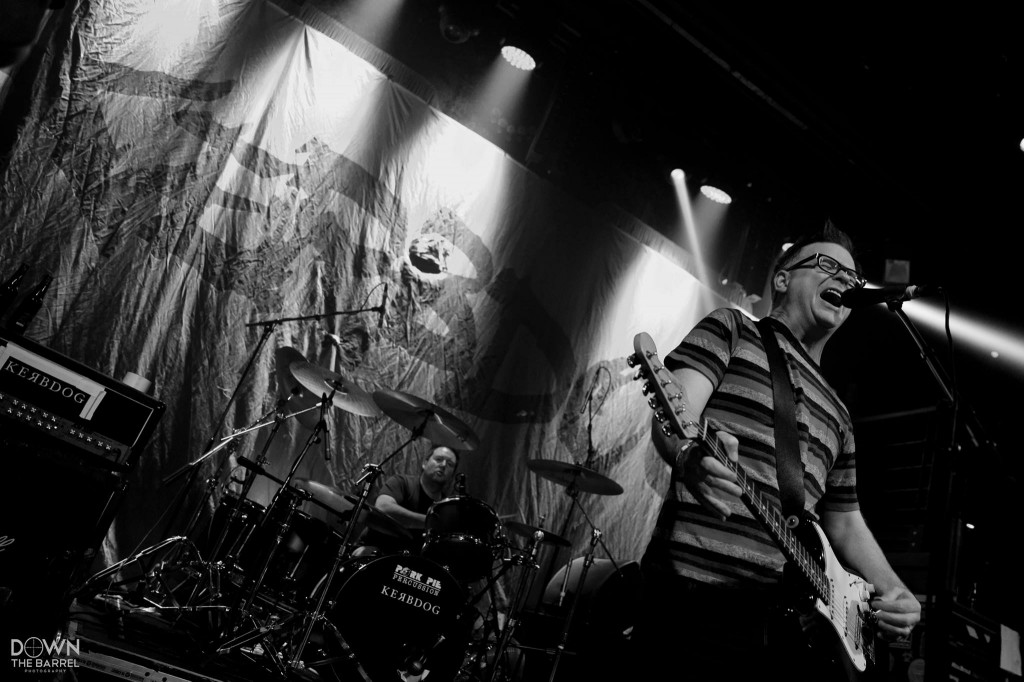 Three bands are set for tonight. There are hardcore Kerbdoggers all over the place and they’re ready to party with their heroes. Rat Neck  (4/5) from Dublin, can be described as angry, angry young men with a lot to say. They share an ode to the government, called “I Hate Your Fuckin’ Face”. They’re heavier than punk, but it has a jazzy feel to it, but there’s a lot of hard rock mixed in too for good measure. And they like to say “fuck” a lot. It has a mention in a few of their titles. Podracer (4/5), hailing all the way from Dundalk, appear before us next. Heavy rock is their forte, like Airbourne but grungier. The drums are thunderous, as is the bass. The perfect way for Kerbdog to enter the scene would be to descend from the rafters instantaneously after Podracer leave, but that doesn’t happen (insert sad face here).

The lights have gone dark… a sense of anticipation grips the crowd. Out of nowhere, out jumps frontman Cormac Battle (vocals), followed by Brian Dalton (guitar), Darragh Butler (drums), and Colin Fenelly (bass). They burst into “Pledge”, and it gets a rapturous reception as “End of Green”… 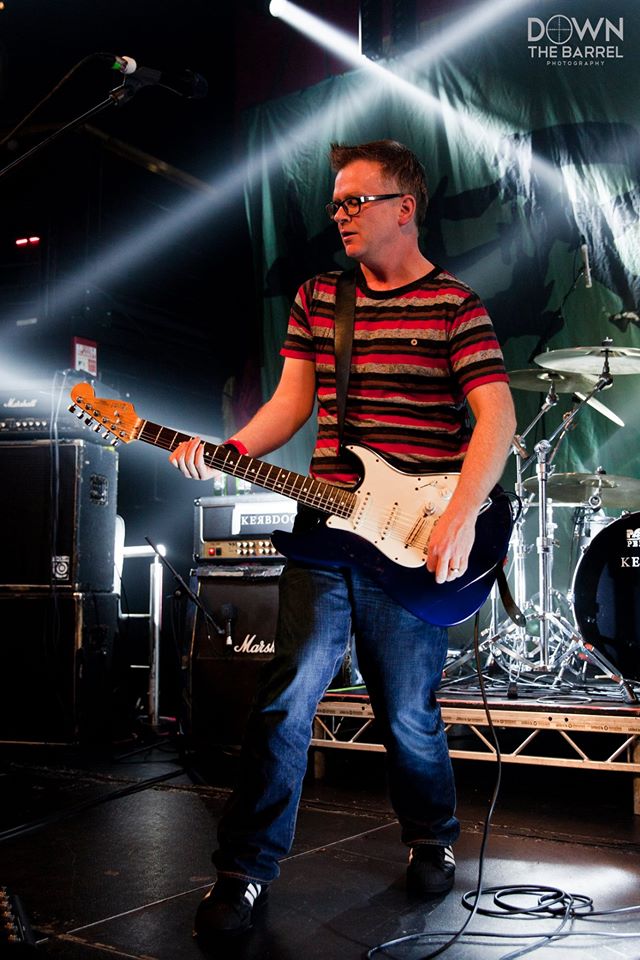 Before “On the Turn” starts, Cormac engages the fans and he gives props to “Mr Anarchy”, a crowd member who is sporting a neon red spiked Mohawk, and a girl called Kate who traveled all over the UK with them and is here tonight. Kerbdog love their fans, and reward them with a pit-worthy song. The audience (mostly in their late 30s and 40’s jump and crash into each other like teenagers at their first ever concert. It’s definitely true that music keeps the soul young.

Despite Darragh’s dreaded man-flu, the show keeps increasing in ferocity. Mexican wave ups the ante for “Dry Riser”, and the crowd go wild for it. It’s fantastic to see that after all the years that Kerbdog have been together, they still get the same reaction out of their loyal following. “Secure” is the heaviest song of the night so far, and it turns Cyprus Avenue upside down. “Severed” follows, before “Sally” does her job and ends the night, to the dismay of the punters. But again, the show must go on. A spoken word encore is given as a brand new stage song “Dummy Crusher” is played. It’s a crowd favorite that they never played live before, so we are honored! Cormac is sans gee-tar for this one, and is for the rest of the finale, like their new track “Electricity”. “JJ’s Song” is the very final tune, to make the mix more violent. Dalton grins as he watched the reaction from above, as does Fenelly. They don’t forget where they came from, and happily pose for pics with joyful fans after the music ends. 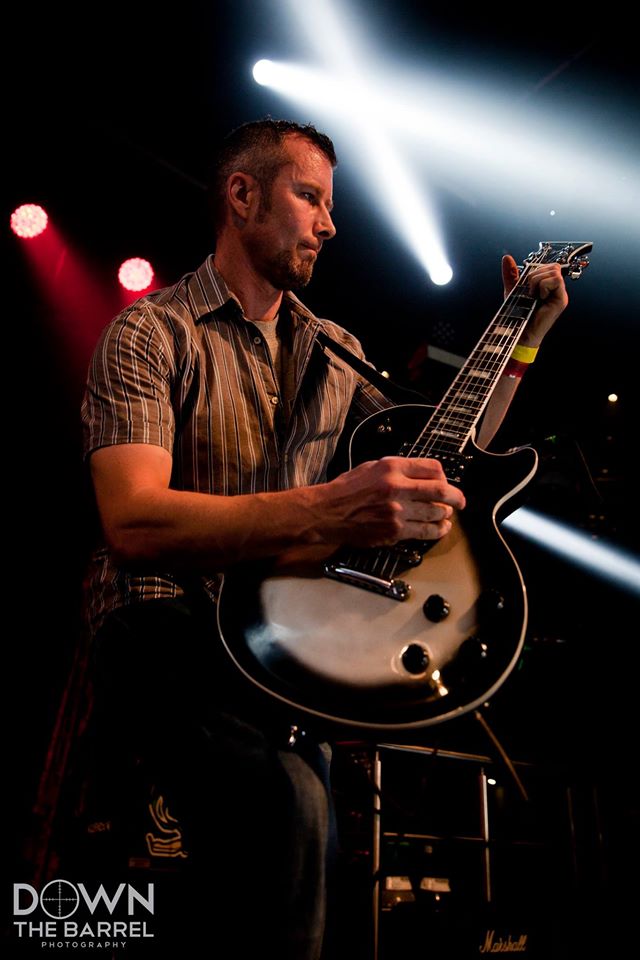 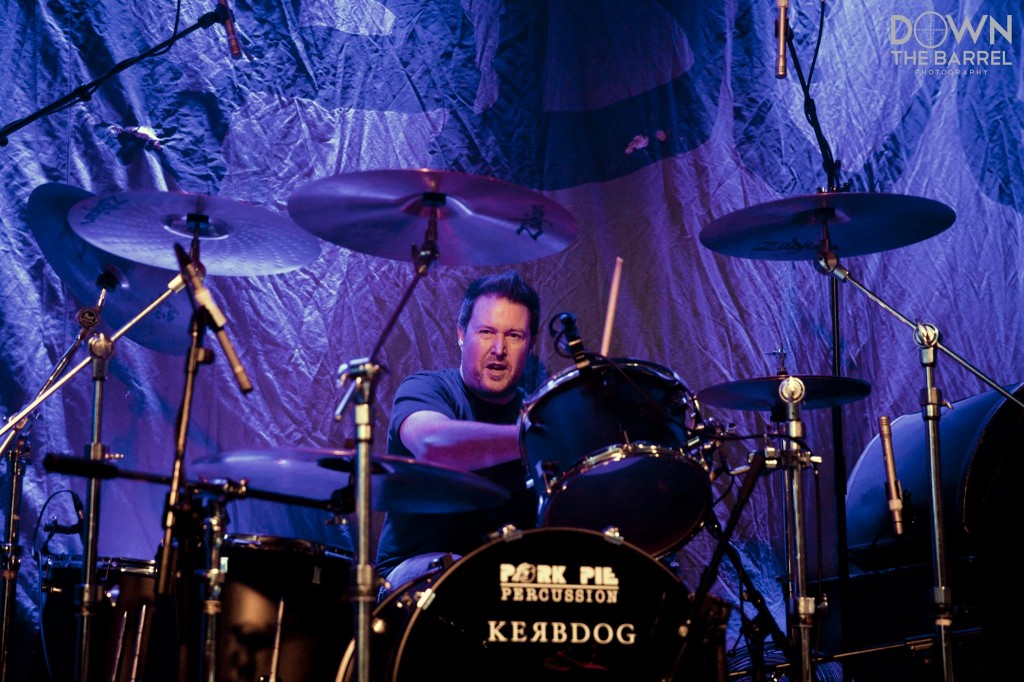