Dublin is bursting at the seems tonight with live shows as not only is Protest The Hero planning to take down the roof at the Voodoo Lounge, but the annual Redemption Festival is in full swing in The Academy with Ireland’s very own Primordial leading the proceedings in honor of the launch of their new album. But let’s focus on Protest The Hero for now shall we.. 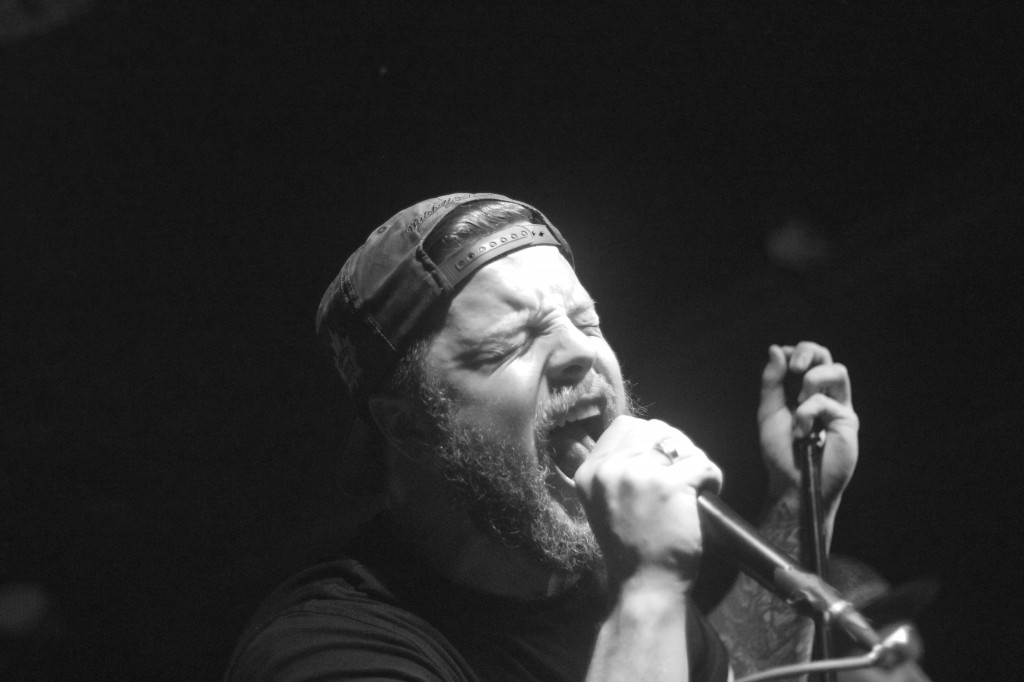 The Voodoo Lounge is packed out tonight with a mix match of band shirts, bustling merchandise stands and an electric atmosphere which buzzes throughout the venue in anticipation of tonight’s performance from Canadian Metal dudes Protest The Hero.

Noise erupts on stage as the band comes to life. From behind the noise a melody breaks out and the vocals can be heard. The Safety Fire are a five piece from the UK who have been playing in bands since they were 16 and boy, have they become rather good at what they do. Now matured musically, this band give The Voodoo a run of its money tonight, performing their progressive technical tunes for a solid 35 minutes with no signs of letting up. Tracks from the new album Mouth of Swords go down well and engage with the packed venue just as good as the bands older material.

The Safety Fire impressed many in the crowd tongight and had themselves some fun in the process. With the venue capacity cheering and passing positive remarks during the bands set is abundantly clear that they have won the crowd over allowing for some on stage good times “fuckery”  when guitarist Joaquin Ardiles dances his guitar over to fellow guitar player Derya Nagle and when Ardiles pretends that his guitar is a gun and begins “shooting” into the audience. Guys in the crowd can be heard remarking “I love it”. They are crowd pleasers with the audience copying their every move and during their second last song, their famous ‘Glass Crush’ the audience takes over the vocals for the interlude just before the track quietens down to almost silence. The Safety Fire are welcome back to Ireland at any time, these guys are fucking awesome!

Canadian four piece upstarts, Protest the Hero start their 14 date Europe tour in Ireland tonight and they are itching to get the party started. The venue is saluted with cheering from the crowd as sound check takes place. Tonight’s capacity is hungry and eager for what Protest The Hero have in store and are clearly still wired from the awesome set by The Safety Fire.

As the first guitar riff kicks in the crowd immediately react with a surge of energy that is hair raising to say the least. Jumping and head banging ensue until lead singer Rody Walker greets the crowd and playfully greets tonight’s eager gathering. Creating a personal and laid back vibe,  Walker talks about life experiences and how he was told not to be funny in Ireland as we wouldn’t like it. This is evidently a lie as the band is met with witty retorts and playful abuse from the audience to which Rody answers likewise. This gig is more like meeting friends in a bar than a performance! 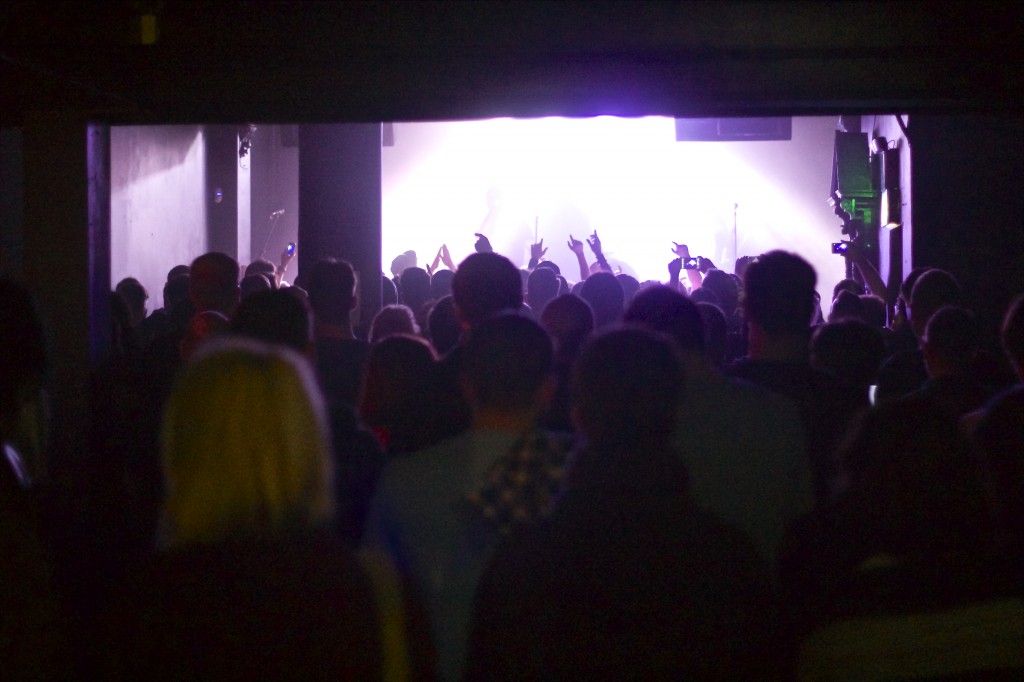 With the fourth track in on the set-list and the gig is in full swing; mosh pit concretely established with a human barrier surrounding it. ‘Clarity’ catches the fans attention pretty rapidly, with a fan running on stage and jumping into the eager crowd. There is no security in sight prompting this guy to crowd surf to his content before landing on his feet for the exiting lyrics “A mutual annihilation”. Just like off their new record Volition, ‘Drumhead Trial’ is next and the band take a break for Walker to talk to the crowd about his visit to Chicago and his intolerance of lactose. But he does not get to finish the story as someone at the back of the venue screams “Shut up and play”. The band takes the hint and powers into ‘Sex Tapes’ and then ‘Termites’ which he mentions he wrote after watching Hannah Montana (…not sure what to think of that!). 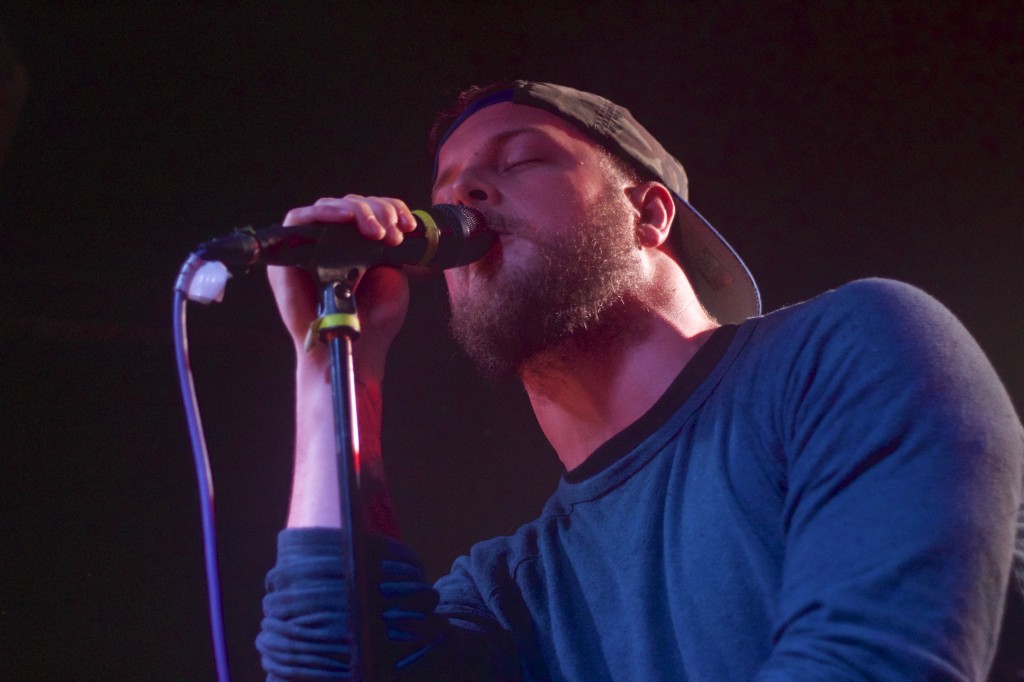 The crowd are giving it hell for leather now, sensing the impending end. There are people on others shoulders, moshing is the norm and a guy crowd surfs effortlessly up to the stage where he is dropped. The guy hugs Walker before whispering something into his ear and, like nothing ever happened, jumps into the crowd and disappears into the chaos. After ‘Blindfolds Aside’ the band informs us that there will be no encore as the stage has no back area so they will need to walk through the crowd and trod back again so these are the last three songs. Before the end the audience are given the choice of the last song ‘Bloodmeat’ or ‘Mist’. The predominant scream is for both, but this is not an opinion. ‘Bloodmeat’ it is and the crowd make one more go at enjoying this amazing band. Sweat and steam is rising from the crowd as the band part ways and bids their farewell. 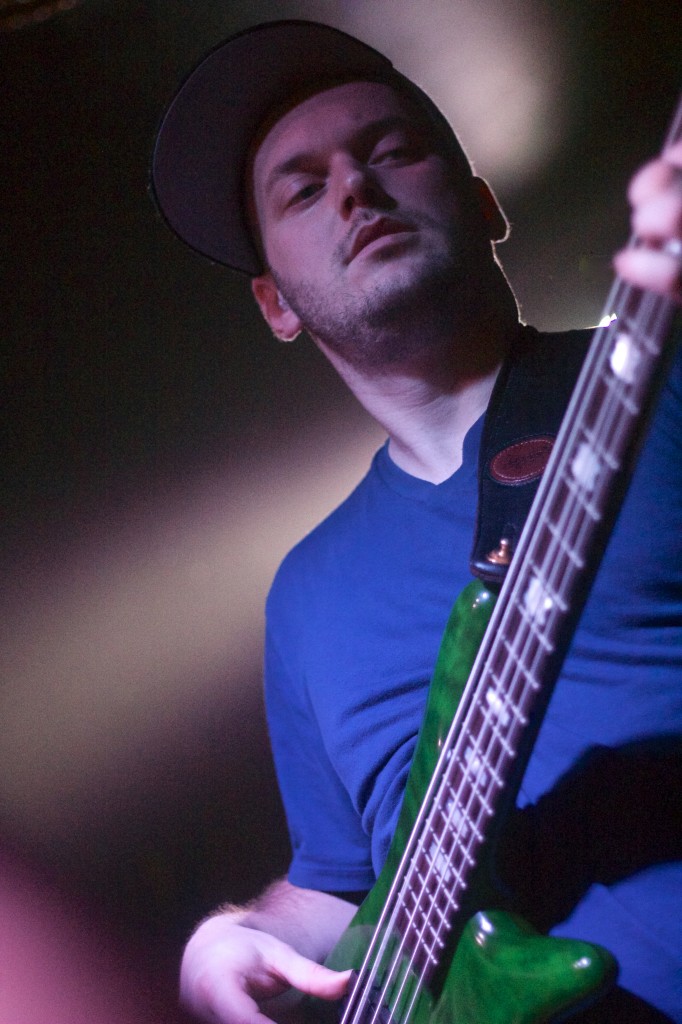 Leaving the gig it is obvious that it was a success, but a resounding subject is the absence of ‘Mist’ from the band’s set-list which is their newest single from the album. Even with this negative reaction, everyone left smiling and planning to continue the fun elsewhere on a relatively warm Friday night.

• No Stars Over Bethlehem (Kezia/Gallop Meets the Earth)

• Blindfolds Aside (Gallop Meets the Earth)