Rising London rockers The Night Suns recently released their new video for Human, which you can see/hear below; 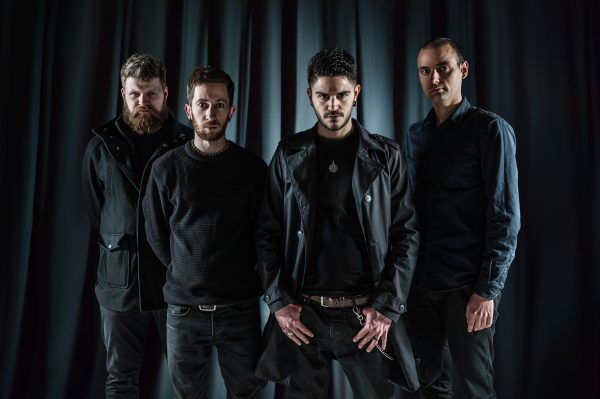 When asked about the video, frontman Radu Constantin had this to say; “Human is a desperate cry for change in the midst of a world geared on self-destruction, a swan song for childhood, a nudge to look inward rather than chasing trivial things to obtain happiness, a wish to be acknowledged and a battle cry for self-responsibility.”

You can view the video below:

Formed in London in 2016, alt-rockers The Night Suns have spent the last 18 months forging their own sound through a mashing of coarse melodies, layers of guitars with an electronic undercurrent.

The group’s songs combine an energetic power and darkness which places their musical landscape in between a pounding Queens of The Stone Age tune and a Nirvana anthem.

Recorded by Tom Donovan (Foreign Beggars, Dani Filth, Animal Noise, Monster Florence), Human is the band’s first musical statement. An EP of 3 songs, it’s an introduction to the sound and attitude of the band.

Formed by Constantin, who brought in ex-Telepathy bass player Krys Turek, drummer Marky Zanna and synth player Freddy Ciocoiu to complete the line-up. What had started as a solo project for Radu quickly developed into a beast of its own, thanks largely to the intensity of creative energy between the four musicians.