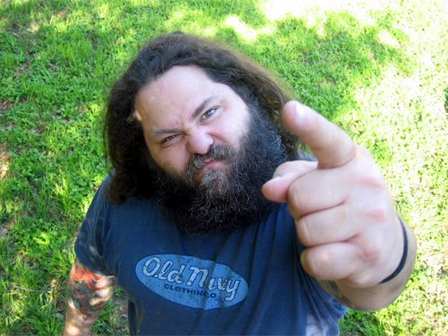 The Overdrive office had a collective “fist punching the air” moment today when we found out that the mighty M.O.D are back!

After a few years away from the stage, iconic frontman Billy Milano returned to the live circuit with his old-school crossover thrash band M.O.D. (METHOD OF DESTRUCTION) by playing back-to-back shows last week (January 18-19) at the Frontier bar in Austin, Texas. The group performed a legacy set of old M.O.D. material as well as a few S.O.D. (STORMTROOPERS OF DEATH) classics.

Fan-filmed video footage of the January 18 show can be seen below.

M.O.D. plans on hitting the road later in the year.

M.O.D. existed from 1986 to 1997, and again from 2001 to 2008. With M.O.D., Milano sought to continue on the musical path of the legendary band STORMTROOPERS OF DEATH, mixing shades of hardcore punk with thrash metal and often humorous and politically incorrect lyrics.