A night of dark performance is in store for Dublin, with the notorious Mayhem playing Dublin in promotion of their latest album ‘Daemon’ which was released just a fortnight ago. 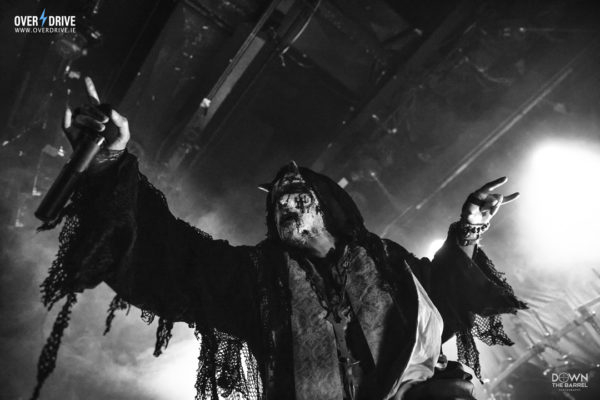 The apple doesn’t fall far from the tree in terms of questionable and outrageous history, with ex-Gorgoroth frontman Gaahl supporting the band with his new formation of Gaahl’s Wyrd, and USA’s Gost.

Beginning the night of extreme metal is Michigans dark techno/synthwave maestro Gost covering vocals – tonight opting for a single guitar player and streaming all the remaining layers through the PA. 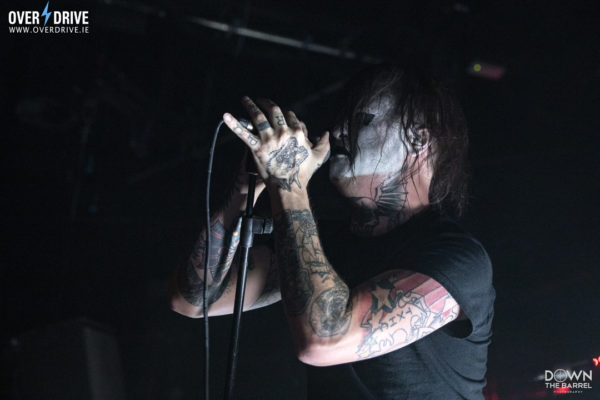 The frontman takes his time with navigating the stage, not interested in trying to hype up the audience and without any over-the-top stage costume reminiscent of his Gorgoroth days (instead opting for corpse paint alongside daytime clothes) – an intimidatingly slow and relaxed movement from one end of the stage to the next with some of his infamous glares thrown in for good measure entertain and spook the crowd. 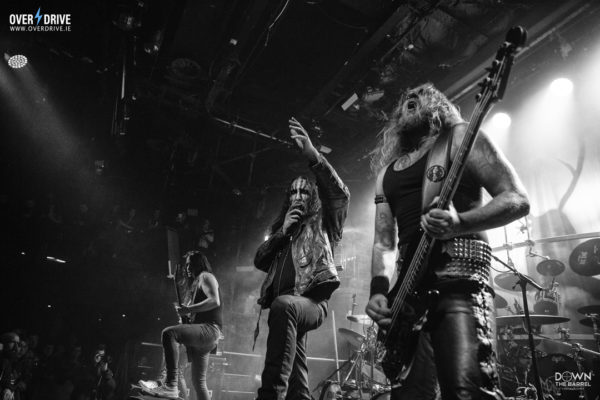 Much of the mid-point of the setlist went for a more mellow and unfortunately monotonous choice in songs, however this allowed the band as a whole to introduce different feelings of their two releases – 2019’s highly received ‘GastiR – Ghosts Invited‘ and the ‘Bergen Nov ’15‘ EP. A friendly air eludes from guitarist Lust Kilman who waves and give’s the thumbs up to some members of the audience. (4/5) 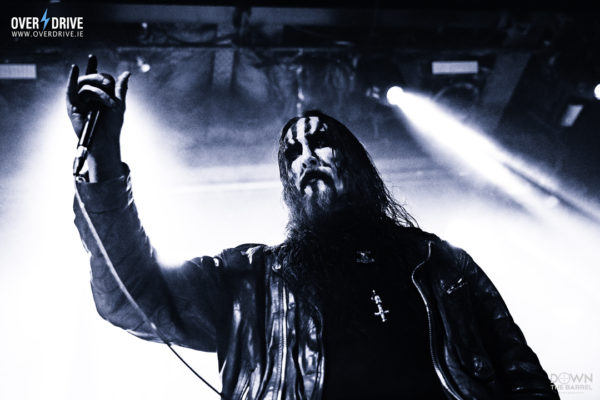 After a brief eerily atmospheric intro with cast orange light and fog, members quickly surge on to stage and open with ‘Falsified and Hated‘ from the latest album ‘Daemon‘ – with frontman Attila Csihar arriving in time for his signature shrieks and guttural lows, dressed in an oversized red hooded robe.

Mayhem’s line-up for this era see’s original bass player Necrobutcher and long-acting drummer Hellhammer put on the show alongside guitarists Teloch and Ghul (Imperial Vengeance, previously of Cradle of Filth) and frontman Attila Csihar, who spends most of the performance mysteriously hidden under his robe and brandishing what appears to be an inverted Patriarchal cross made out of bones, and frequently keeling over into a hunch. 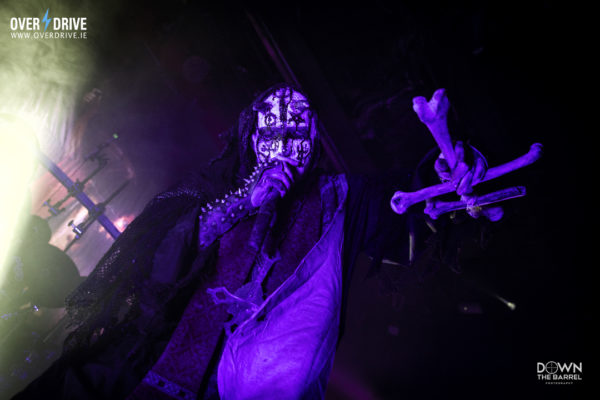 A humongous notoriety about the band’s history may have influenced some gig-goers following the release of the ‘Lords of Chaos’ movie just last year, loosely documenting the formation and goings-on of the band famous for raising hell (excuse the pun) in Norway in the early 1990’s, between ongoing church arson and murder.

Previous on/off frontman Maniac was renowned for requesting extreme stage props between real animal blood and sheep heads for extra shock-value; however the band opted for much more animal-friendly imagery this time.

Of course, being the coiners of the term ‘black metal‘ in itself also brought along many die-hard fans; including a member of the audience who tried to smuggle a dead pigeon into the venue earlier in the night – an ode to original frontman Dead (died 1991) who used to keep a decomposing bird in a bag to huff before and during shows – however, for this fan it was not to be tonight. 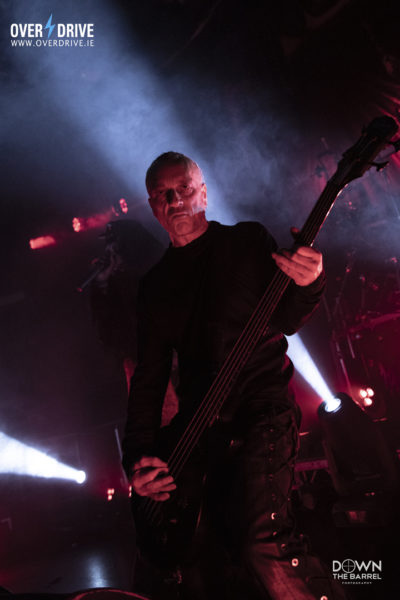 At some point throughout the night maybe hype got the better of one member of the audience who threw a plastic beer cup on stage, much to the dismay of Necrobutcher who angrily stopped playing to pick up the cup and throw it back into the crowd before aggressively pointing in the general area of the heckler.

Much admiration and kudos must be put towards the sound and light engineer(s) for the show, with a perfect visual/audial combination against almost crisp-clear mixing – the only minor downside seeming to be a slightly low volume bass.

A good wander around the venue between ground, sides and balcony offered the best insight for the experience of the gig, with the ground floor encouraging the crowd to be more drawn into the lighting and sound atmosphere as a whole and a balcony view being more for those focusing on sound.

The crowd slowly became much ‘thermal energy’ as the night went on, initially beginning the night at a stand-still, to half the ground floor becoming a full-blown shove pit after the Mayhem ‘hit’ Deathcrush and for the songs afterwards. The band finish off with ‘Jihad/Freezing Moon’s ‘Carnage‘ and surprisingly abruptly leave the stage for the night. (4/5)

Full gallery can be accessed here.

Photo – Down The Barrel Photography, exclusively for www.overdrive.ie © 2019. All Rights Reserved.