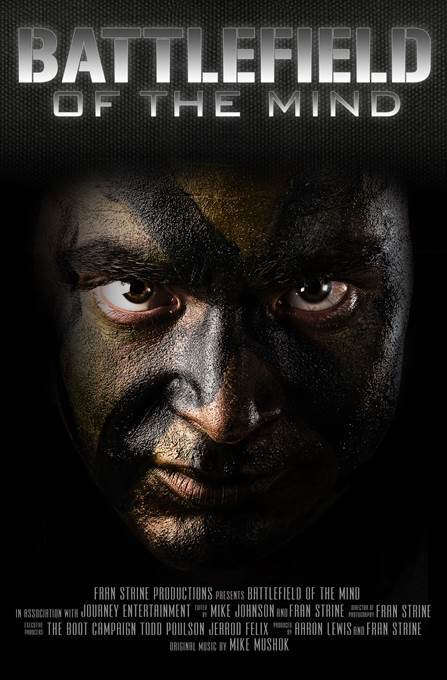 On April 24, an all-star cast of musicians will perform at the legendary Whisky A Go Go in Hollywood, California as part of a benefit concert for the Boot Campaign and their support of our military veterans. In a rare appearance, these alternative rock stars will appear together, performing songs off the “Battlefield Of The Mind” documentary soundtrack, which is being released on the same day via Chill.

“Battlefield Of The Mind”, a film ArtistDirect calls the most powerful documentary of the decade,” is a full-length documentary that tells the raw and tragic details of what life is like as an Iraq and Afghanistan veteran today. Many veterans suffer from Post Traumatic Stress Disorder (PTSD) and among them are those whose lives have fallen apart and have become homeless as a result. Severe PTSD leaves these returning heroes on a downward spiral into their own personal hell. The documentary is available to stream and download at Chill.com.

The musicians performing together for one night only in support of the film and the cause include:

The event will open at 7:00 p.m. with filmmaker and participant interaction, exclusive look at the documentary, and question-and-answer session. At 8:30 p.m., the doors will re-open for the all-star jam and performance from EYE EMPIRE.

Narrated by Ellefson, co-produced by Aaron Lewis (STAIND), “Battlefield Of The Mind” is a documentary by Fran Strine which takes on a tragic truth — that those men that put their lives on the line to defend our freedom have come home to a world plagued by PTSD and homelessness. 1 in 7 homeless adults are veterans and over ¼ of homeless veterans suffer from mental illness, physical illness and substance abuse at the same time.

“After engaging in conversations with these veterans living on the streets and hearing their stories, I knew this was the documentary I had to make and show that we, as citizens can make a difference,” says Strine. The VA was approved $1.35 billion for the homeless in 2013 — a mere 0.035% of the $8.3 trillion US budget, says The White House Office of Management & Budget. Forbes adds that providing permanent housing for the chronic homeless would save taxpayers $3 billion.

The soundtrack for the film features members of many prominent rock bands. DC of EYE EMPIRE, a former soldier himself, said of his band’s involvement, “I have always been sensitive to issues that face our troops Stateside and abroad. When our good friend Fran mentioned that he and Aaron were going to be making this film and that he would like for us to be involved with the music, we were very humbled.” Vocalist Pete Murray (previously of ULTRASPANK) called working with the likes of Ellefson and Mike Mushok of STAIND “an amazing experience. Working with other musicians with different backgrounds and influences has been an incredible opportunity.”

In addition to his narration duties, Ellefson contributed to the soundtrack. He explains the synergy between the music and the film: “Lyrically, these songs were inspired directly by the film and the people portrayed in it. In many ways, the soundtrack continues the narrative of the film in music form. I am proud that the songs and people involved in making them took the subject matter to heart and used it as the springboard for our songwriting.” Composing score and soundtrack music was a labor of love for STAIND’s Mike Mushok. “In writing music to the film, I got to watch a scene and express how I feel about it by writing music to it,” he explains. “It was something that I really enjoyed doing and am happy with the way it ultimately turned out.”