Thrash Icons Megadeth have released “Fatal Illusion” track from their forthcoming studio album “Dysopia”which has a worldwide release on January 22nd via Universal Music. The band have also unveiled the awesome new cover artwork for the album, which can be seen below! 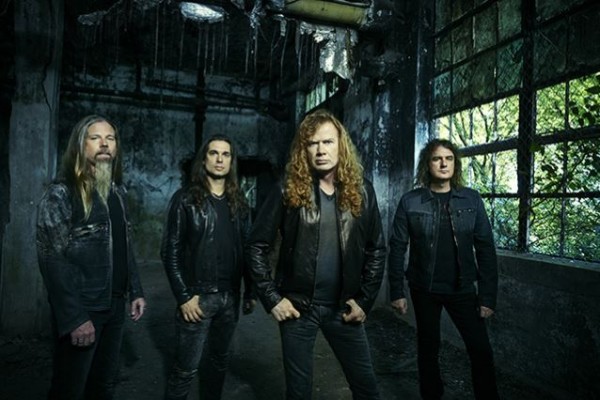 MEGADETH’s new song “Fatal Illusion” can be streamed below. Due as a digital single on October 16 via Universal Music Enterprises, the track is set to appear on the band’s forthcoming fifteenth studio album, “Dystopia”, which will be released on January 22, 2016.

The follow-up to 2013’s “Super Collider” was recorded earlier in the year in Nashville, Tennessee and was produced by MEGADETH mainman Dave Mustaine and Toby Wright (ALICE IN CHAINS, KORN). The CD was mixed by Josh Wilbur, who has previously worked with LAMB OF GOD, ALL THAT REMAINS and GOJIRA.

The band also recorded a cover version of “Melt The Ice Away” (BUDGIE).

The “Dystopia” cover artwork can be seen below. The song “Poisonous Shadows” features piano playing from Kiko as well as orchestration from famed Nashville arranger Ronn Huff, the father of former MEGADETH producer Dann Huff. Mustaine described the track to Rolling Stone as “a really haunting piece” and added that “the part that [Kiko] played is very Chopin-meets-MEGADETH, if that makes sense.” 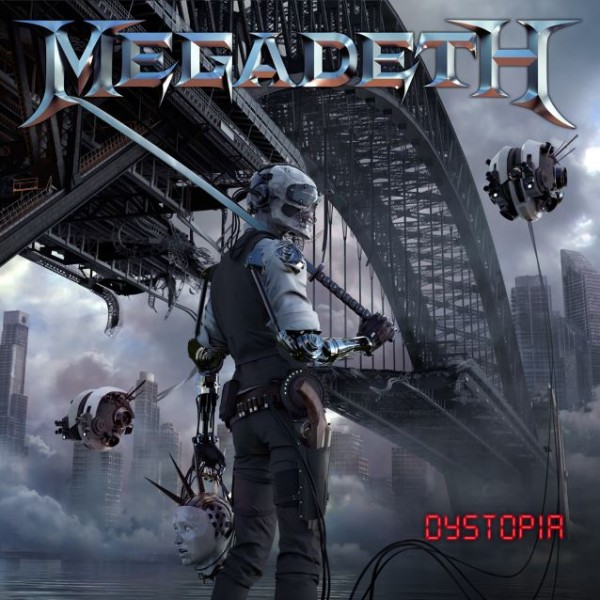 MEGADETH will play Ireland’s 3 Arena on Monday November 9th with Lamb of God, Children of Bodom and Sylosis as part of a small run of dates prior to the release of the album.

For more information on Megadeth, just hit this link.

Overdrive are giving away a pair of tickets to see MEGADETH & LAMB OF GOD next month and all you have to do to enter is the following: 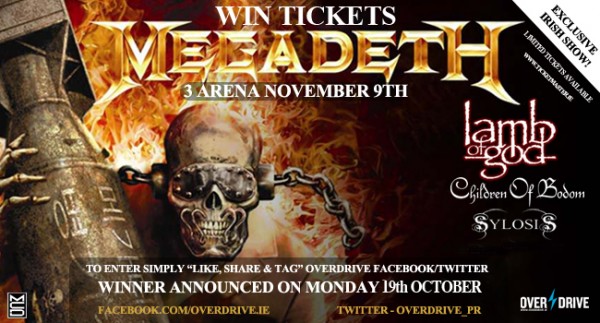 Pre-order Megadeth ‘Dysopia’ by clicking on the graphic below! 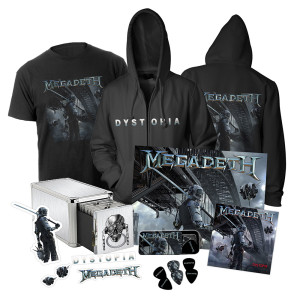