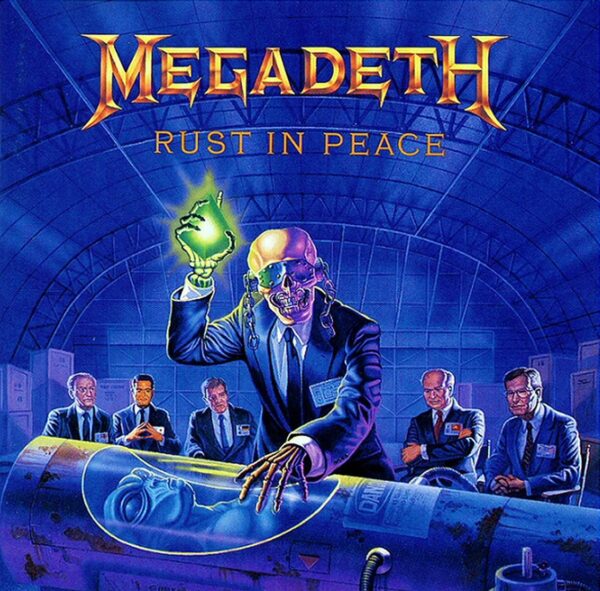 We all know the story of Megadeth’s infamous formation. Born from a place of anger, spite, frustration and revenge, fontman Dave Mustaine was hell-bent on proving to the world that he was faster, heavier and technichally more profishent with his shredding talents than both Hammet and Hetfield, combined.

With three studio albums behind them [Killing is my Business…  1985, ‘Peace Sells…1986, and ‘So Far, So Good…1988] and a tempestious history of line-up changes, this was somewhat of a crucial moment in the bands legacy and they couldn’t afford to miss the target.

Their previous studio efford [So Far, So Good…So What!] was received with mixed emotions from critics, with Mustain’s addiction issues, becoming more of a headline than the music itself.

The end of Young and Behler came shortly after a disasterious drug-fueled run of just seven European dates supporting Iron Maiden culmination in a fateful performance at the UK’s Monster of Rock Festival on August 20th, 1988.

Upon their return and prior to the writing process for ‘Rust in Peace‘, former guitarist Young and Behler were shown the door,  followed by Mustaine launching a [very public] vitriolic cascade of abuse towards Young, even going as far as to suggest that he [Young] was in love with former Warlock vocalist Doro Pesch, claiming that he [Young] was seething with jealosy because Mustaine was receiving love letters from Pesch [cue Eastenders theme music]!

Whether any of this is true, is anyone’s guess, but adds a little ridiculas humour to Mustaine’s history, which we must not forget, includes the story of his ejection from Metallica for ‘kicking James Hetfield’s dog‘!! You can’t make this stuff up, folks!!

Anyway, fast forward to 1988 with Mustaine recruiting ex-Rhoads drummer, Nick Menza, who coincidentally had been Beehler’s drum tech. The very first Megadeth release featuring Menza was an Alice Cooper cover of ‘No More Mr Nice Guy‘ as part of the soundtrack to Wes Craven’s, ‘Shocker‘ movie. The song charted high in both the UK and America but the band were ferverishly searching for a replacement to Young to keep the positive momentum rolling.

The position for Megadeth’s new guitarist fuelled its fair share of rumours which included Heathen’s, Lee Altus, Savatage’s Criss Olivia, Annihilator’s Jeff Waters and even Pantera’s legendary Darryl ‘Dimebag’ Abbot, however nothing came of it. 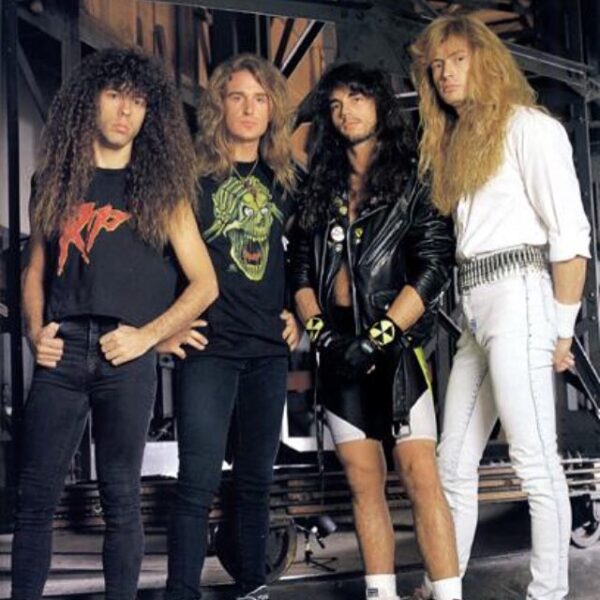 Despite the inner band turbulance, critics and fans alike were waiting with baited breath for a new Megadeth album and on September 24th, 1990, ‘Rust in Peace‘ was released to the world via Capital Records.

This was by far, Megadeth’s most ambitious and technical work to date, and just about everybody knew it, judging by the sales which saw the band reach very respectable chart positions not only in the US but all over the world including a top ten entry in the UK.

Featuring nine razor-sharp thrash anthems, dripping with outstanding technical ability, twinned with Mustaine’s acid toung and unbridled talent, Megadeth’s ‘Rust in Peace‘ is regarded as one of the all-time greatest albums, not only of its genre, but in the context of the Heavy Metal genre as a whole.

A timeless classic that any self-confessed metal head should own. 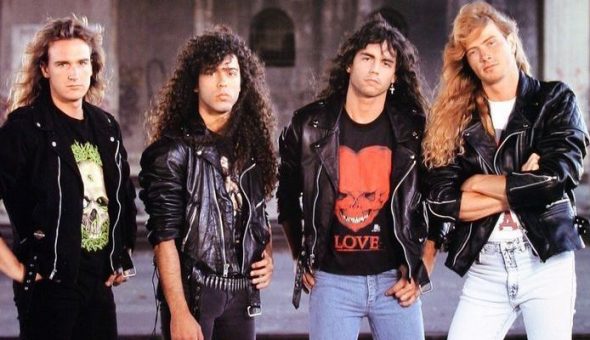