MEMORIAM DISCUSS ALBUM ARTWORK AND THE IDEA OF DOING A TRILOGY OF ALBUMS.


Memoriam’s forthcoming new album is due for release in June and band members, Frank and Karl talk about their iconic covers, working with Dan Seagrave and more… 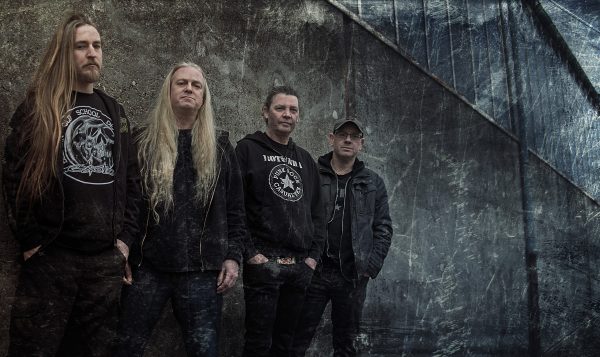 Today, Frank and Karl discuss enlisting the legendary artist Dan Seagrave once again to create the art for their new offering and how Karl introduced the idea of doing a trilogy of albums on the band’s first promo trip to Nuclear Blast HQ in Donzdorf…check it out below;

Pre-order the new album here. The colossal songwriting and the first-class recordings have been immortalised through the sublime production work of Russ Russell (NAPALM DEATH, DIMMU BORGIR, AT THE GATES, AMORPHIS, etc.) at Parlour Studios, giving the record raw production values, whilst providing the perfect scenario to showcase the musicianship so beautifully displayed on the album.