The war rages on! Old school death metallers, MEMORIAM, are set to unleash their second album, The Silent Vigil, on March 23rd through Nuclear Blast Records. 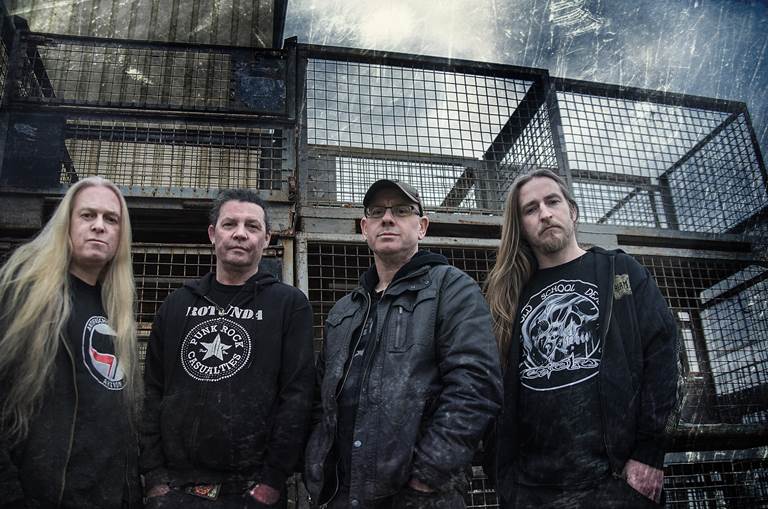 Just one year after the release of debut album For The Fallen, the band returns with an authentic, raw flood of old school death metal destruction!

MEMORIAM stated on the cover artwork:
“Following the success of working with Dan Seagrave for our debut album For the Fallen, we decided that we had to get Dan involved for the next album cover.
Initially, we used Dan as we were all very impressed with the art that he has created for bands over the decades and Scott, in particular, wanted to have an album cover designed by Dan Seagrave, as part of the things he wanted to achieve with Memoriam.
Dan really encapsulates the old school death metal feel to the album covers that he creates; they are full of detail and very atmospheric. We gave him a brief for the For the Fallen debut cover and he did a great job.

They continue; “We briefed Dan and asked him to create an image which followed on from the first album; the first album features a funeral procession, the coffin of the fallen leader paraded across an ethereal battle-scarred landscape. The Silent Vigil represents the next phase of the journey where the coffin is lying in state with the followers standing in silence almost like terracotta soldiers. The cover has an overall solemn feel to it, with the ravaged landscape in the background and burnt out wrecks of military hardware in the foreground. 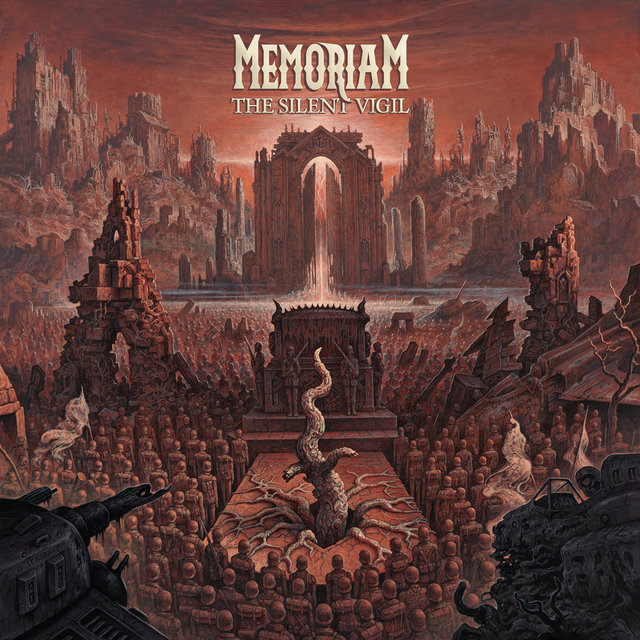 The tree in the centre of the album cover is symbolic of life – that continues on.

We are really pleased with what Dan Seagrave has created for us once again and we are proud to have his artwork on our album cover. We already have an idea for the next album cover and we hope that Dan will be able to do this for us too.” 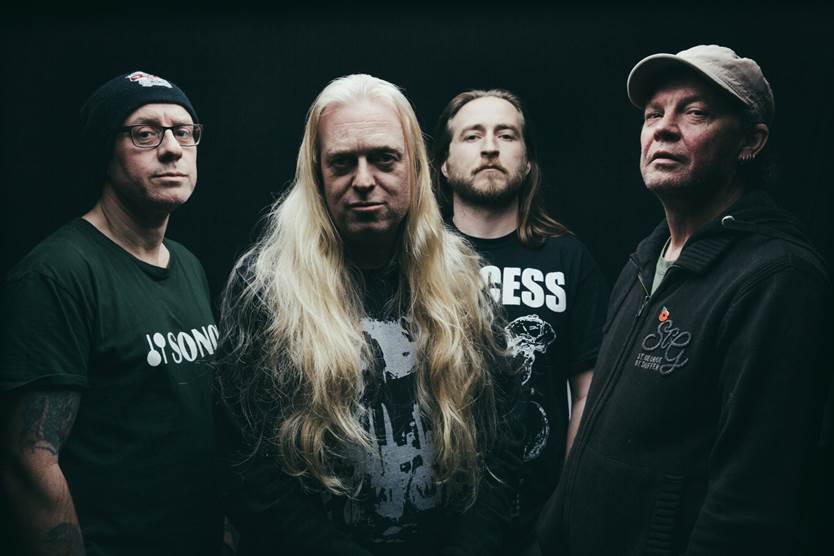 Memoriam will be appearing at this year’s Bloodstock Festival alongside an impressive line up that consists of Judas Priest, Gojira, Suicidal Tendencies, Nightwish, Mr Big, Waitain, Devildriver and much more. Click the graphic below for more details;