MEMORIAM need no introduction – they are living legends of Old School Death Metal and arguably the fastest and most creative band in the genre right now. 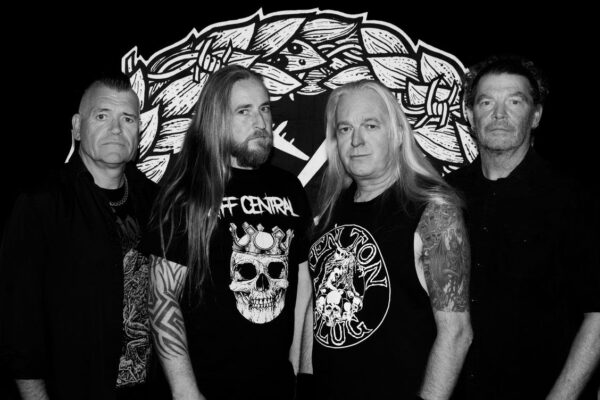 MEMORIAM has built up their own loyal fan base over the past seven years and developed its own musical identity.

The band finally announces the release of their new studio album ‘RISE TO POWER‘ which will be released on February 3rd, 2023 via Reaper Entertainment.

RISE TO POWER will charge through an open door as, in addition to the essential Death Metal groove, MEMORIAM becomes more variable with each song and keeps adding new dynamics to their sound – from brutal grooves to doomy, melodic parts and aggressive Nordic riffing – RISE TO POWER is an extremely varied album.

Once more, the production by Russ Russell (NAPALM DEATH, DIMMU BORGIR, AT THE GATES, AMORPHIS, etc.) at Parlour Studios is rounding out the terrific songwriting and top-notch recording which comes across as charmingly “down to earth” but wonderfully differentiated to give every detail on RISE TO POWER its deserved space.

From the earliest days of the band, Dan Seagrave (Benediction, Dismember, Hypocrisy, Suffocation etc) is a steady accompaniment delivering the visuals to their music. Having created the artwork for the first four MEMORIAM albums, he once again provided his skill and talent to create the cover for RISE TO POWER.

Check out the bands full set from Bloodstock last year, below:

The band states:
“Introducing album number 5, “Rise To Power”, the second album of the second trilogy. For this album we again work with the creative genius that is Mr Dan Seagrave.

Dan has created the previous 4 album covers for us, so to keep the theme and continuity there would be no other choice. We love the work he creates and to be part of the creative process whilst the artwork is developing is a great experience. To see our basic ideas come to life through his mind and hands is amazing and he always delivers. This time around the cover has a majestic purple colour theme and features the “King” (the central character throughout all of the artwork that Dan has created for us) at his crowning ceremony where he “rises to power“.

The lyrical content of the new album carries on from those that precede it, maintaining the theme of grief, loss and despair along with social commentary on recent events such as the war in Ukraine and past events such as the holocaust. The ever present subject of war is prevalent throughout the album, as it is on all of the others.

We consider “Rise To Power” our strongest album to date, as it includes a diverse range of songs building on what we have achieved with Memoriam over the past 7 years. Rise To Power is a true celebration of life through death metal.”

Dan Seargrave adds:
“In this cover, as with the previous albums we are working backwards from the war.
The premise finds the main leaders coronation as supreme ruler. His followers always a semi faceless army. As is the leader themself. Preferring to keep their face a figment of the viewer imagination, emotionless behind a façade.

The architectural environment I put together is based on memories of visiting the ruins of Roman Emperor Hadrian’s Villa in 2017. A location often drawn by the Italian artist Piranesi. And it’s also his rendering of the Appian Way that I was thinking about for this. Giving the art a hemmed in archaic and historically overbuilt quality.

Similarly, another point of reference was the Hall of plaster casts in the Victoria and Albert museum. This in particular has an imposing feeling when you stand amongst the variety of historical casts and their disproportionate scales. Items like the full scale casting of Rome’s Trajan’s column, and a statue of David juxtaposed in one place create a disjointed feeling amongst the smaller works. I wanted this cover to have a similar feel to that, like things are appropriated from somewhere else. Repurposed by the reigning mob as a backdrop for their own glory.

Combining that and an imagined early 20th century retro modernity feel, with the addition of electrical grid like elements and war machines / tanks that feature semi elaborate sculpture reliefs, alluding to an impracticality. Image over function.” 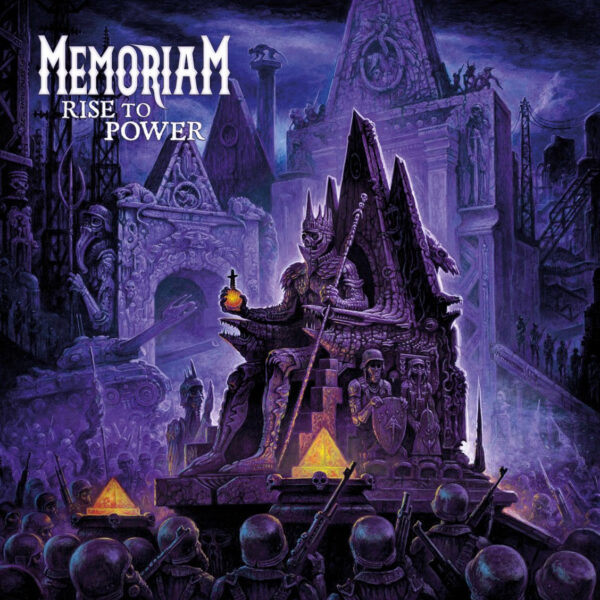