Fibber Magees is again hopping in anticipation for another round of the Metal 2 The Masses contest, where one unsigned underground band will emerge triumphant from the fight for a prize few can attain. The prize is a slot on the New Blood Stage at Bloodstock Open Air this August 10th to 13th in Catton Park, Derbyshire. 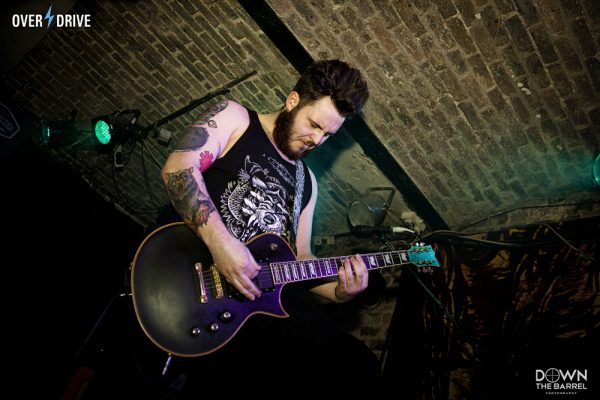 The talent thus far in the competition, and with the last few weeks of heats remaining, Overdrive was front and centre to see who had the moxie to run the gauntlet of the judge’s table. Shaun Martin reveals all…

Only four bands, as opposed to 5, were able to play tonight (Oiche Samhain were unable to make it), so the first round of fire comes from Antidotes, from Dublin. Fronted by Stephen Cannon, the band begin with a slow gradual drum beat to ease us into the night’s music.

This was short-lived, however, because at the drop of a hat, a crescendo is built by drummer Donal Bowens, and the foot is well and truly thrust onto the gas pedal as Antidotes take us on a joyride of fury. A groove/nu-metal infusion of several different band’s power their unique destructive sound (Lamb of God, Bury Tomorrow, Slipknot, etc), and Canon’s vocals are a special breed of awesome. His raw ability to sustain notes of high dependence in the band’s songs is excellent, although at times it feels as though the odd cadence is missed in harmonising with the breakdown of the songs. 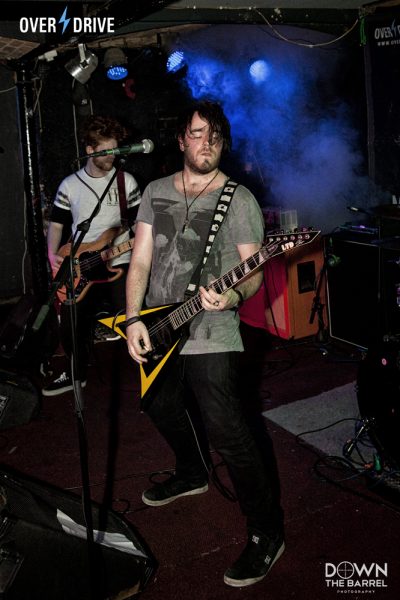 There is nothing to forgive here, as Antidotes are re-aligning the bones in our ears wth every note they play. Crushing the bass-playing is Leigh Walsh, followed by shred master Rob Gaffney on lead guitar. The mammoth breakdowns are the star of the show, as again and again, Antidotes lead us through their setlist with off-beat rhythm sections and brutal riffage, only to turn the venue on its head. The attention from the audience is palpable as everyone is enjoying the ruckus. Never a beat missed, Antidotes are a firm shot in the arm for metal in Dublin. Watch this space peeps…

Following Antidotes are carnival-metal oddballs The The Virgin Converters.  Starting their setlist with a ghoulish carnival intro, the unnamed clown-masked duo emerges from the smoke onstage to lay down the beats with off-time drumming and heavy, bassy guitar. The riffage is novel, and the weight is unquestionable. The Virgin Converters are definitely well-rehearsed in their music, as the structures are quite complex in their delivery. Their novel approach to their sound also makes them stand out from the rest of the bands in this competition so far, not least their delivery and stage presence.

Coulrophobes (people with a fear of clowns), would do well to steer clear, as the menacing growl of the frontman would send shivers into the spine. With song titles like ‘Satan’s Lullaby’ and ‘Murder Hotline’, the depths of fear are well and truly stirred up – but done with the power of metal. The drumming is as intense as you would expect from a band in M2TM and this is no difference. The addition of a bass guitar would give enormous freedom to the songs, freeing up the guitar section to allow more exploitation of the songs’ capabilities. With the likes of Royal Blood (also a rock-heavy duo) that are setting the pace for off-the-cuff bands, the temptation for experimentation is there. But you need to have the right sound. The reek of hard work is noxious… it is seriously difficult to whisper, scream, growl, play the guitar, use pedals, and keep the timing of off-beat drum sets in check simultaneously, whilst at the same time look like you’re off your noodle! The Virgin Converters may be new, but their originality will take them far if they keep their noses in the wind. 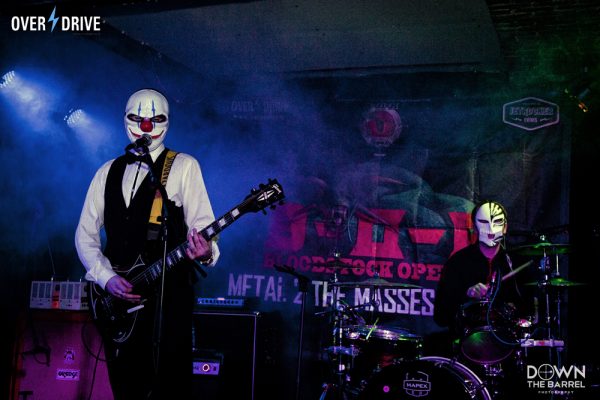 Next up is Sectile, a prog metal band from Dublin, who only began their journey together last November, making them one of the newest bands in this year’s campaign. The audience has turned out in droves to see Sectile and they are not disappointed. Heavy metal infused with some off-time prog goes down a treat, and the riffs are extremely catchy. The band interaction wth the audience is top notch and the fans are engaged in the night – a top play by Sectile to earn them favour with the voters, no less. 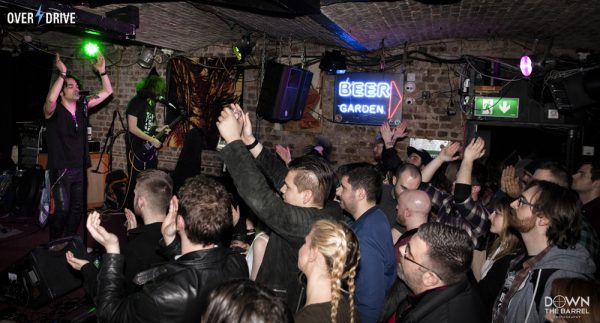 There is a dual supremacy between axemen Mark O’Reilly and Daniel Boyce that make them stand out among their peers, but the vocal delivery from singer Gabriel Gaba is a masterpiece. A highly selectable vocal range combined with a sustaining power that suits the delivery of the music is just pure talent, given that the band is only 5 months old. Stage confidence is a hard-fought skill to have, and this is a high stakes game. You don’t get to play BOA if you get stage fright! 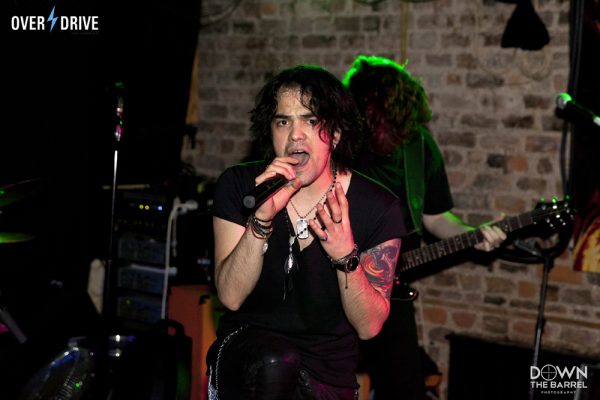 Each member of the band melts into the groove of the setlist delivery, and they all seem to be having fun. This is a testament to each of the bands in this competition: they all seem to just want to do their own thing and enjoy it. Sectile are another example of this. Gaba has a charisma about him that makes him born for the stage. Sectile deliver a complex yet superb night’s entertainment with relative ease. 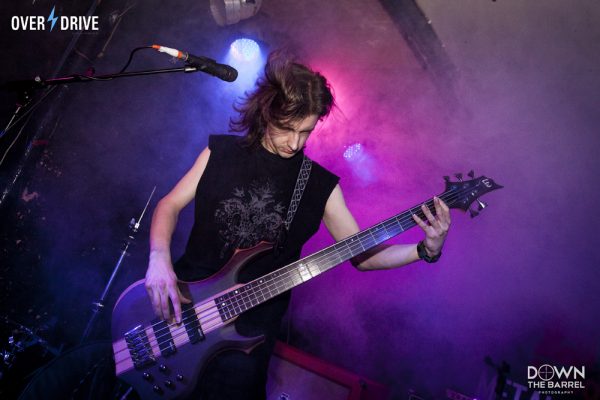 Last up tonight are Humanity Check, giving a much-needed shot of old-school thrash into the evening. The Northeast trio hit a sweet spot, as they are the tightest band to grace the stage tonight… I mean every single note is dead-perfect. Their simple, easy-to-play riffs are put together masterfully and delivered with aplomb. Vocalist/guitarist Jordan McCormac is on top form with his gritty, Death/Machine Head hybrid gravel tone, and his energy enhances his singing and guitar playing immensely. Drummer Alex McCormac and bassist Mike Sheahan are hand in hand delivering a rigid, unbreakable backbone for each song like ‘Throne of Corpses’, ‘War is Coming’, and ‘Once a Coward’. The rehearsals for a show like this must have been painstakingly precise, as Humanity Check are another hard-working band who have their eyes firmly on the prize. 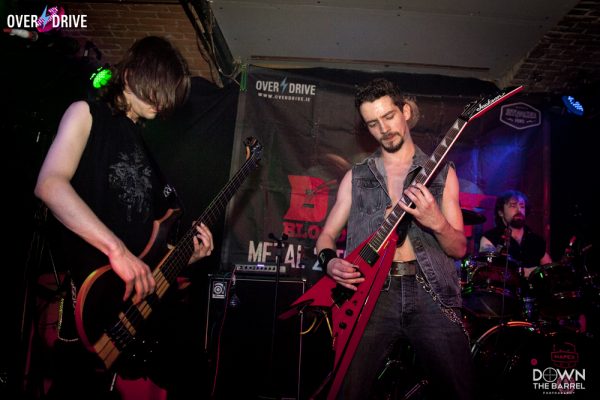 Again, an argument breaks out among the judges about who should get the nod from the table. Sectile run away with the crowd vote, and the judges vote narrowly goes to Antidotes.

Bloodstock Metal 2 The Masses Ireland – Heat 6 will be taking place on Saturday, March 18th with performances from Subsist, Catastrophe, The Devil Wants Here Swagger Back, Alpheidae and Meniscus. Admission is FREE and official voting slips will be €3.00 each.

Click on the graphic below for the official event page or check with Jetrocker Events for updates.

With just 150 days (and counting) until the gates of Bloodstock are flung open there is no better time to get your ticket sorted! Headliners Amon Amarth (Friday) and Megadeth (Sunday) will be doing a serious amount of damage on the main stage alongside the likes of Hatebreed, Hell, Annihilator, Blind Guardian, Kreator, Municipal Waste, Arch Enemy, Testament, Decapitated, Soilwork, Possessed, Obituary, King 810, Macabre, Oni and King Parrot to name just a few!

For tickets to Bloodstock Open Air 2017, please use this link.

Bloodstock Metal 2 The Masses – Heat 5 gallery. All images: Down The Barrel Photography © 2017.

Down The Barrel Photography © 2017