METAL 2 THE MASSES IRELAND 2023 APPLICATIONS CLOSE AHEAD OF TIME.


Next year’s Bloodstock Metal 2 The Masses Ireland showcases is set to be the biggest yet, with forty bands taking part.

With close to 120 applications received for Metal 2 The Masses Ireland 2023, all slots have now been allocated, and applications are now closed.

Without a doubt, one of the biggest opportunities for unsigned, Irish Metal/Underground bands – Bloodstock Metal 2 The Masses Ireland has been showcasing the rich talent that exists in the Irish underground for an international market.

The support from Bloodstock has provided a phenomenal opportunity for young artists to perform at the legendary festival alongside some of the biggest Metal bands on the planet.

As proud M2TM Ireland organisers for the last nine years, Overdrive has been sourcing and supporting the blossoming talent that can be found throughout the country, helping emerging bands with press, promo, and of course, the live shows that make M2TM Ireland so very special. 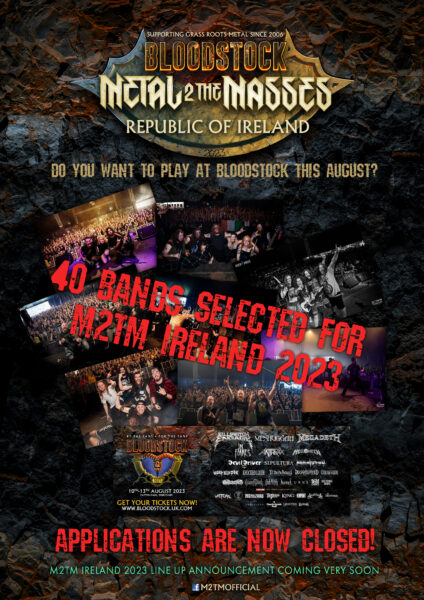 The M2TM Irish alumni feature some of the most striking bands’ from the Irish underground including, Dead Label, Psykosis, Ten Ton Slug, Animator, This Place Hell, Snowblind, Two Tales of Woe, zhOra, Grey Stag, and many more who have graced all The New Blood, Jagemister, and Sophie Stages at Bloodstock over the years.

This year will see Dead Label open the Ronnie James Dio stage on Sunday, August 13th, sharing the stage with the likes of Megadeth, Sepultura, and Decapitated. This will be the first Irish M2TM band to grace the main stage at the festival, and we feel, it won’t be the last. 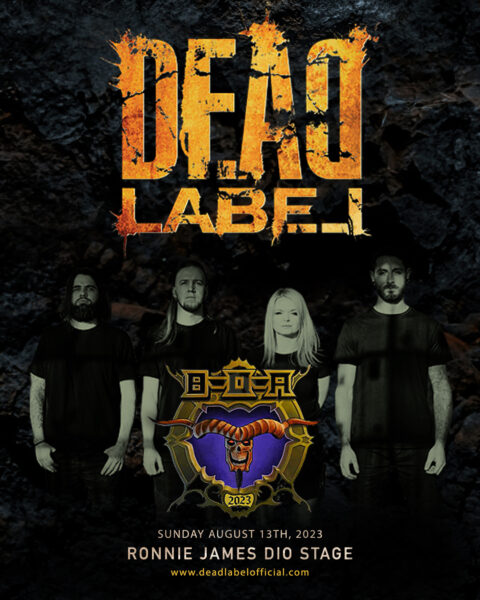 With thirty-five slots available, M2TM Ireland promoter/booker, Oran O’Beirne, increased the artist quota to forty bands for 2023, due to the overwhelming number of bands that applied through the official online application process.

As of today, the forty bands will be allocated to specific showcase dates, and all will be announced in the coming weeks before Christmas, so stay tuned. 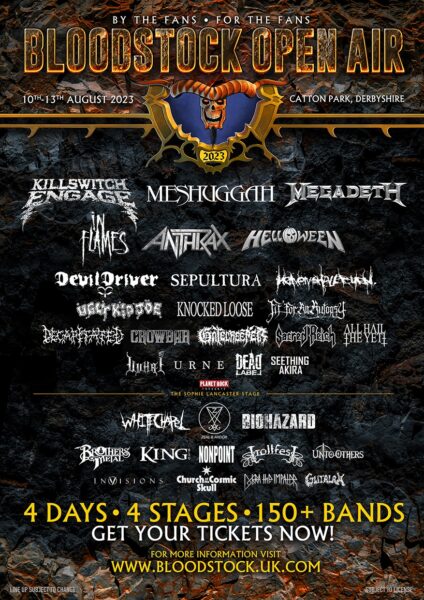