Possibly one of the most ‘metal’ coalitions of all time. As METAL ALLEGIANCE prepare to take their crushing live show to South America, Overdrive grabbed some time with founding member Mark Menghi to talk about playing at this year’s Bloodstock Festival and the circumstances that led METAL ALLEGIANCE playing at Lemmy’s funeral. 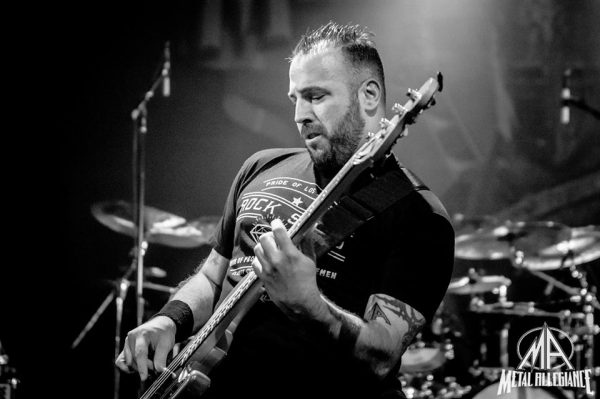 Mark Menghi is one hell of an enthusiastic individual. Ask the Metal Allegiance founding member / bass player about his band and the response is gushing with animated intensity and pure joy.

Menghi is the frantic force that keeps the Metal Allegiance engine turning over and when Overdrive spoke with him about the band’s origin and sharing the stage with some of the world’s most iconic metal musicians, it’s hard not to notice that this is a childhood dream come true for a guy who grew up living and breathing metal music every day of his life. 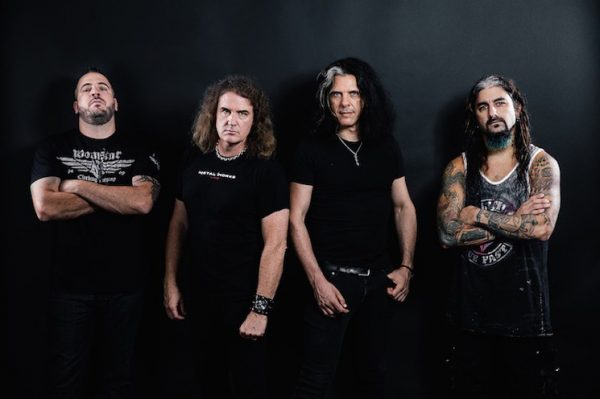 OD -Finally, we can now say that Metal Allegiance has performed in the UK at Bloodstock! It must be so hard to make something like this happen due to everybody’s schedule. How did this particular appearance come about and did it take a lot of ringing around to see who was available?

MARK – No not really. We actually had Bloodstock Festival booked for a while and we had the opportunity to do more dates, but we decided to just keep it focused on one show at Bloodstock and just make it a big one, you know! I knew that the guys from Slayer and Anthrax were going to be there, so that was kind of a foundation to the show in some ways. So between myself and Alex (Skolnick / Testament) who are part of the “core four” of whatever people like to call us, so we were free and Mark (Osegueda / Death Angel) was down to do it, Charlie (Benante / Anthrax) was like “I’ll play the drums!” and Gary (Holt / Exodus / Slayer) also said that he wanted to play the guitar, so the whole thing just came together perfectly and it was a no brainer.

Watch the full set from Bloodstock Festival below;

That was the first time that Metal Allegiance ever played the UK and I remember on the day that we were all kind of nervous because those songs had never been played live before to an audience of that size at a festival. That was a first time for us and it was a great experience. It really was everything that we had hoped it would be and more. Our goal it to make it back to European and the U.K in early 2017 for a selection of dates. 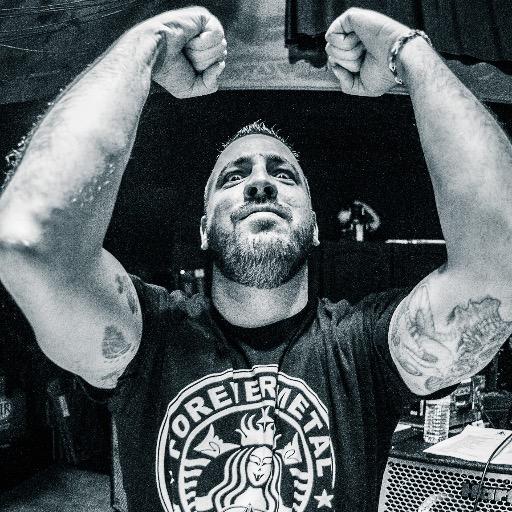 That Bloodstock U.K show was not a one-off. We have been talking with a lot of people that can make this happen and there are a lot of possible shows in many places that we have to consider, so we just have to get the logistics / schedule thing sorted and we should be good to go.

OD – So from April 2011 until now, did you ever think that Metal Allegiance would be nothing more than a one-off project?

MARK – No man! (Laughing) Basically, in 2011, I was a fan who happened to be friends with all of these dudes and wanted to put on a personal show that had a set-list loaded with the material that you don’t usually hear, like ’22 Acacia Avenue’ (Iron Maiden) or ‘Hand of Doom’ (Black Sabbath). It was just a collection of songs that I really wanted to hear live and it just kept morphing and morphing into a series of different shows and situations with various musicians and by 2014, I parted ways with a business partner of mine and it was actually Lemmy (Motörhead), who gave us the opportunity to continue this project.

I remember him saying to me “whatever you have is very special and you shouldn’t let the opportunity pass you by, so don’t end it”. He offered for us to play on Motörhead’s Motorboat cruise, which was our first gig and it was also the first time that I had met Alex and we just hit it off. Mike Portnoy (Dream Theater / Winery Dogs / Twisted Sister) and Dave Ellefson (Megadeth) were also there and we were all hanging out and we were just like “we should write a fucking record together!” and here we are! (laughing) 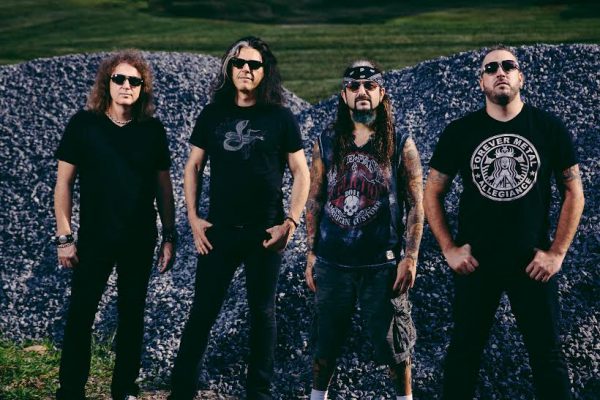 So we just signed a deal, recorded an album, mixed it, mastered it and put it out in under a year and it’s been non-stop ever since. We’ve toured America quite a bit, Loudpark in Japan, did some shows in Mexico, played the Bloodstock Festival in the U.K and we are getting ready to head to South America later this month (October).

If you were to have asked me about all of this back in 2011, I would have said: “you’re out of your fucking mind!” (laughing) I never asked to play and they knew that I could play and I was full of all of this creative energy. I wrote about 75% of the lyrics, and a good half of that music, while Mike was the arrangement genius and Alex and I just fucking shredded on the music.

OD – I believe that the recroding process for the Fallen Heroes E.P was almost a spontaneous experience of sorts? 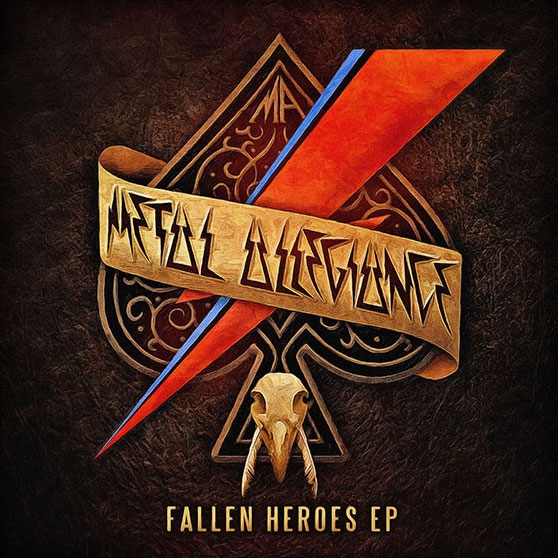 MARK – Yeah, kind of! We had just played Lemmy’s funeral and actually prior to that when we were approached to play it, we were thinking “we can’t do this” because of the pressure and the circumstances. “Lem” was a great friend of all of us collectively and it was just a really intense and emotional gig. We are not gonna be opportunists and play of those songs on this day of all days. We didn’t want to do it because we felt that it was just not right. Then, we got a call from our agent who happens to be the same agent for Motörhead and he was like “I just got a call from Motörhead’s manager and he want’s you to play” so we were kind of blown away. We also got a call from the owner of the club and he was like “you have to play, it’s just the right thing to do”. Mikkey D and the Motörhead team also wanted the show to happen, so we did it!

OD – That must have been a surreal situation to find yourself in?

MARK – Yeah, totally! We went through a bunch of tunes the night before and I remember there being a lot of tears, a lot of laughter and some great stories that had us all in stitches laughing. That show was a really intense experience for me. There was just so much emotion, both onstage and in the crowd but we fucking nailed it! For me, that was out best gig ever as the emotional connection was off the charts. 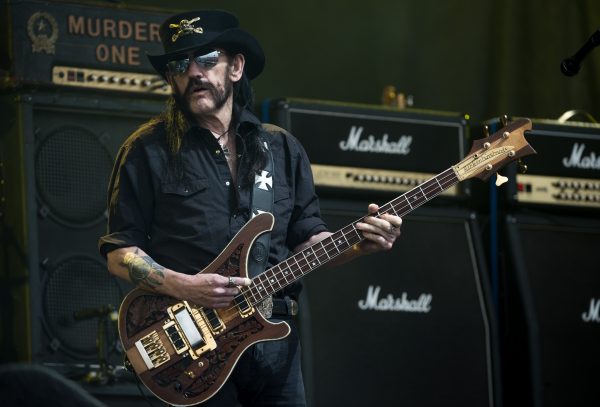 The next day we were in San Francisco and mid-set we all find out that David Bowie had died. We were just so spun out by all of this as you can imagine. Yesterday we were playing Lemmy’s funeral and the very next day Bowie dies. We were just thinking “what the fuck is going on?” This year has just been brutal man. We have lost so many heroes it’s just depressing. I’m a huge Eagles fan and Mike knows this because I used to serenade him some Eagles tunes every now and again as a joke and when Glenn Frey (Eagles founding member) died he rang me and I was just devastated.

We came up with an idea to record something to honor these great musicians and when I was talking to Mike, he was said: “my drums are all set up and ready, let’s just do it”. I live in Long Island and Mike’s in Manhatten so we just said “fuck it” and went for it! So the next day we recorded three songs and after that, I tracked bass and then Alex lay down the guitars and we were done!

OD – Although the recording process for Fallen Heroes was a very fast process, how was the mood during the recording, as I’m sure you wanted to do the very best you could, under the circumstances?

MIKE – It was a very cathartic experience for us all. This covers E.P was done purely for the honor and remembrance of these artists; who we all grew up with. These guys were our heroes and it’s very hard to think about the world with no Lemmy, no Bowie, no Ronnie James Dio and no Glenn Fry.  Motörhead, David Bowie, and Eagles have been three of the biggest influences for me in my life and it’s just kind of weird to think that all of that is now gone. 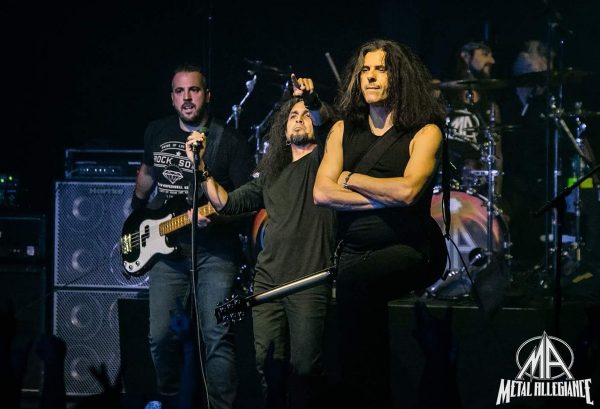 Our heart lies in thrash metal but with the Fallen Heroes E.P, we wanted people to know that our music is what it is because of these fantastic musicians that paved the way for all of us. We hope also that it provides a gateway for younger fans that have yet to discover this whole world of classic songwriters and legendary artists. I’ve said this before Lemmy is God, Glenn is King and David was the architect and between those three artists, they laid out they mapped out the blueprints for so many musicians today.

OD – Looking ahead with Metal Allegiance, is there any particular artist that you have yet to work with that you would like to get in as a guest?

MARK – I get asked this all of the time and my answer is always the same (laughs). It would be fantastic to get James Hetfield (Metallica) on board for a track or two. Cliff Burton (former Metallica bassist) is my absolute idol and one of the reasons why I picked up the bass. My other idols are Steve Harris (Iron Maiden) and Geezer (Butler / Black Sabbath). I’m very fortunate to be friends with Geezer and got to work with him, which is just mind-blowing for me. But to get the chance to do something with James, would be just so awesome on so many levels. 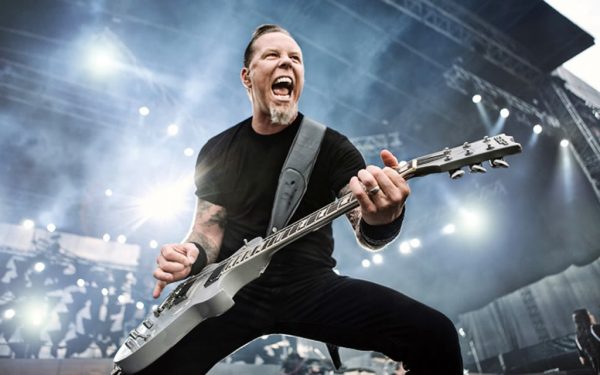 OD – Have you ever considered a documentary about Metal Allegiance? There is so much there that would make a great story.

MARK – There is so much shit behind the scenes with Metal Allegiance. We actually did a mini-documentary on our record about how the album came to be. That’s only one part of the story and there is much, much more to the Metal Allegiance story and I would be open to that idea.

MARK – Well, like a said earlier we are going to South America later this month and then when we get back we will be looking to some ideas on the next album. The four of us Dave, Mike, Alex and myself will follow the same plan as before where we all get together in a room for a week and just write an album. That’s hopefully going to happen by the end of 2016. 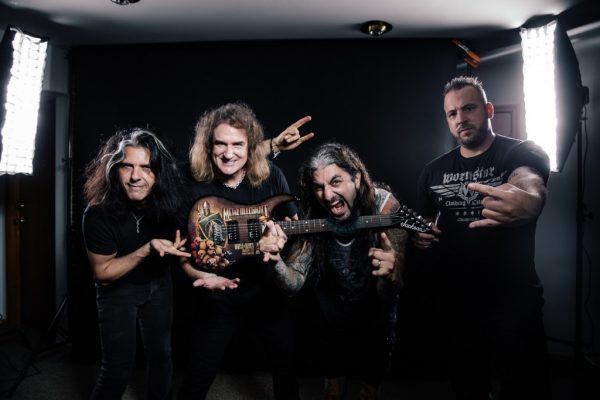 When it’s just the four of us in a room with no distractions we can get a lot of stuff written. The plan then is to hit the first wave of European festivals in 2017 and like I said earlier, if, for any promoters that want to have us, we will be there. Also, with that first wave of European festivals, it’s going to be the “core four” (Mark, Dave, Alex and Mike). As you can imagine, it’s pretty rare to get us all on the same stage together because of scheduling issues, but we are determined to make it over to Europe in 2017 for as many shows as we can during that time.

Metal Allegiance self-titled debut is out now via Nuclear Blast. Click on the graphic link below to order your copy. 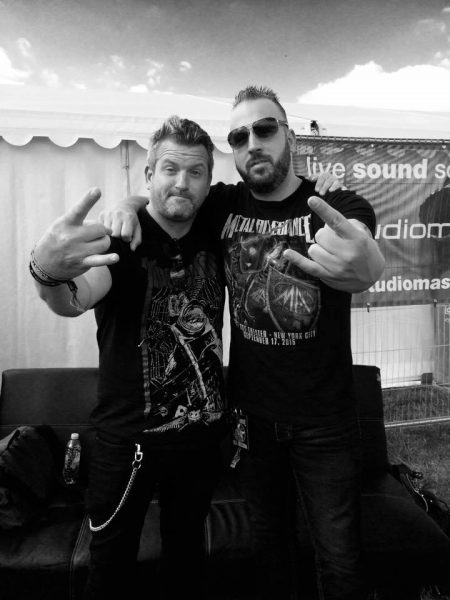