Could this be the Metal/Rock Festival we have all been waiting for?


PHILFEST is Ireland’s only existing independent Metal, Rock & Alternative music festival. With over 140 act’s including the finest in rising Irish Metal & Rock bands, do you really need an excuse to go? Find out all about PHILFEST here and get ready to have the weekend of your life!! 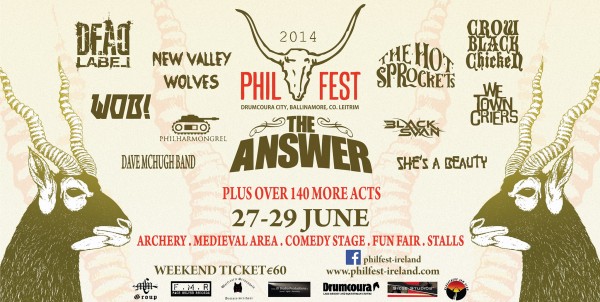 With the summer festival announcements coming in thick and fast, we were delighted to see the arrival of a new three day event that will be taking place in Co. Leitrim on June 27th through 29th.

PHILFEST can be considered as possibly one of the most important festivals of the summer season for the simple reason that all bands featuring over the three days are the cream of the crop in Ireland’s current Metal/Rock scene. This literally is a fantastic opportunity to experience the vast amount of talent that exists within Ireland and all over three glorious days.

The brains behind PHILFEST is a very determined and passionate music lover who saw a gap in the market, a very big and empty gap and just decided to put his blood, sweat and tears into making his dream become a reality. Phil Keaveney is this man and his dream of hosting a three day alternative festival has now become a very real thing.

Upon meeting Phil, you realise that this has been no easy journey and have to admire his determination and drive in making the logistics of PHILFEST a reality. Overdrive was very honored to have Phil as a guest judge in our Bloodstock – Metal  2 The Masses most recent quarter final where he exclusively announced that The Answer have been added to the festival bill.

The Norther Irish rockers are no strangers to festivals and large crowds as they had the honor of the much coveted support slot to the mighty AC/DC for the North American and European dates during the Black Ice world tour.

Joining The Answer are a vast amount of outstanding bands including Dead Label, New Valley Wolves, The Hot Sprockets, Crow Black Chicken and many many more.

With a total of nearly 140 performing acts over the three days, PHILFEST is shaping up to be one hell of a weekend. In keeping with the true festival ethos, there will be plenty of eclectic attractions for all tastes including a medieval area, comedy stage, alternative markets, archery and much much more, you will be hard pushed to find a better value festival to attend this summer.

Tickets are on sale now via Tickets.ie and are priced at only €60 for the entire weekend. For more information on PHILFEST, check out the web site and follow through Facebook and Twitter. 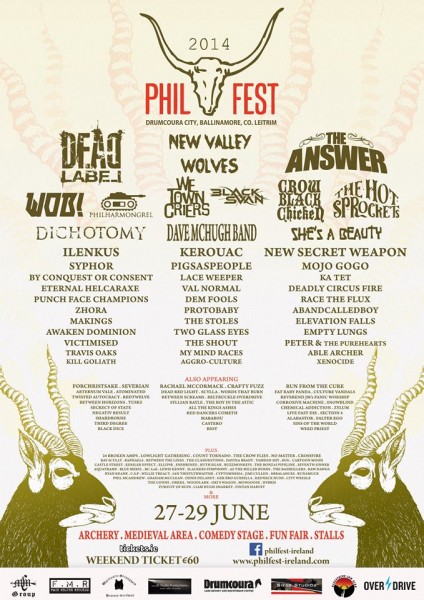