Orange County Metalcore four-piece, Of Mice & Men, will be smashing Ireland’s capital on April 29th for a one-off show in Dublin’s Academy! 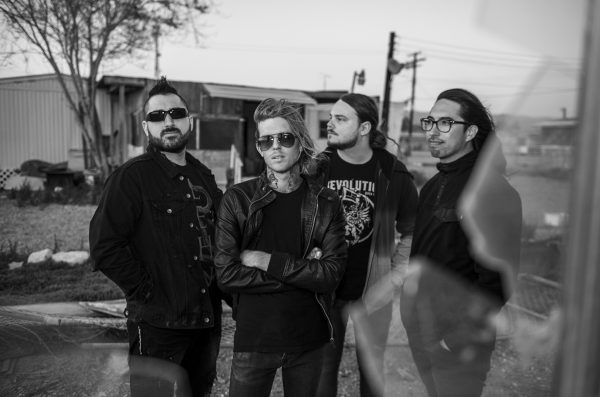 Of Mice & Men will be taking to the stage in Dublin’s Academy on Sunday, April 29th, 2018 with tickets on sale from Friday, December 8th via Ticketmaster and Dublin’s Sound Cellar priced at €26 (inc booking).

Earlier this year, Of Mice & Men, teased the forthcoming album with the one-two punch of the singles “Unbreakable” and “Back to Me.” Those songs have clocked over 7 million Spotify streams and 5 million YouTube/VEVO views in six months.

Over the course of nearly a decade, Of Mice & Men have steadily risen to the top of the genre’s ranks, hitting No. 1 on Billboard’s Rock and Independent Charts and No. 4 on the genre-spanning Top 200.

The band has also racked up close to 5 million social media followers, along with a following so dedicated that it’s practically disciple-like in its fandom. Through the years, they’ve shared stages with artists such as Metallica, Linkin Park, Slipknot, and Queens of the Stone Age, holding their own all the while winning over new fans with each performance.