The Mighty Stef talks new album, writing and touring, plus win tickets to the show!


With the pre-album E.P release of “Iveagh Flats” and a much coveted support slot for The Boomtown Rats recent shows in Dublin. We catch up with Stefan Murphy to find out about the release of the new album and what to expect from his scheduled shows at the end of the month in Dublin’s iconic music venue, Whelan’s. 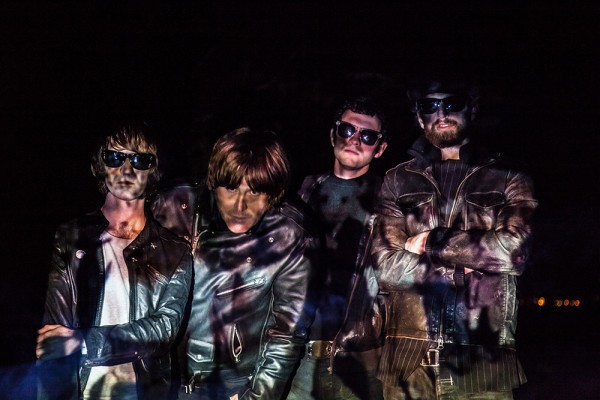 O.D –  I understand that you recorded the as yet untitled new album in LA with Alain Johannes, Queens of the Stone Age, Them Crooked Vultures. How did this come about?

Stef – We had admired the work that Alain had done with bands such as QOTSA and we sent demos and a couple of months later he got back to us as he had liked our sound. From from that point we had to put the financing together and the logistics as to how to go about getting it all to work. It took the best part of a year to organise but it was worth it, as the results that came from those recordings was pretty amazing.

O.D – Was there any unusual methods that Alain used during the recording to extract the creative “rich vein” from the band?

Stef – He did it in the most subtle way possible. When we got there we didn’t really know what to expect from his methods of recording. He just wanted to set us up as a band and get us all playing as he was going to record everything live. He made us feel very comfortable as a band playing the material. There were some day’s that we were getting recordings done in one take! It was the opposite of how I thought we were going to work and it turned out to make us really relaxed, which in turn just let the music speak for itself. There was actually one technique that stands out in my mind and was very unusual to me at the time. The way that Alain recorded the vocals was very different. I am always confident enough to say that I can sing fairly well and do a good job under most circumstances, but I never had my voice produced in any way, shape or form. He really went the extra mile with this and used the same technique when he was recording with Mark Lanagan, which is setting up a couple of posh German mics but then would have this cheap mic with a build in reverb dial on it that you could turn up on the actual mic itself. This enabled him to record real reverb which sounded amazing, although it was a weird looking contraption the end result sounds great.

O.D – I never heard of a mic that had that facility on it before.

Stef – Neither had I. This would have been the fourth full length album that I had made and it was the first time I had ever seen anything like this. It’s kind of like a little trick that he had up his sleeve that seemed to work really well. When I was doing the vocals, I had a really good feeling about it and I was right as I was very happy with the overall sound.

O.D –  With this pre album E.P release of  “Iveagh Flats”, was the decision to release this based on a gauge of what the public would think of the new material prior to the release of the full album in the new year.

Stef – In some way’s yes. A more accurate reason for doing it was that we wanted to get the album out before the end of the year and we didn’t think we would be in a position to do this and we are still looking for a label to pick up the album. We really want to find a good home for the full length album and someone to get on board to help us with the distribution and promotion, which is what brings us to London to do some showcases for a number of labels. We have been in talks with a number of people so far. Nothing concrete at the moment but we are hoping that something comes together in the next couple of weeks as we are itching to get the album out. 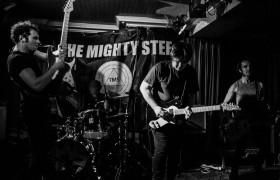 O.D –  There is a real sense of darkness laced throughout the album, however the delivery can be at times, upbeat regardless of the subject matter.  The balance of dark and light humor and emotion on the new songs as well as your existing materiel is perfect. Is this a conscious element that you try to achieve prior to writing and recording?

Stef – Lyrically speaking, its easier for me to write about darker things. Through the ages of Rock n’ Roll history, there is a similarity between some of the most iconic artists as they too had a sense of darkness to their style of writing. Although I’m generally a happy person, I am attracted to this method of songwriting as I feel it’s just really honest. I do like to write upbeat tempo tunes where I can get people dancing and moving. I don’t think it was really a conscious decision to choose dark subjects, it’s definitely something that keeps on happening with my music so it just part of who I am.

O.D –  As I mentioned there is a real sense of darkness within the song writing, it would seem that you take inspiration from the characters that you encounter in your life rather than a fictional approach. As a musician/writer do you find yourself constantly intrigued/fascinated by peoples behavior?

Stef – Yea, I would say so. What I try to write about is real life experience mixed with my own fantasy world. I like to mix the two together. I like to sing about the things that make me happy and unhappy and get an honest mixture.

O.D – There is a real mix of musical styles embedded with your music. Tracks such as “The Day’s of Wine and Roses” (Country & Western, Dive Bar Blues, with Reggae groove ) to Vampire, Hold Me Tonight. (Punk, Indie). Again, this is a refreshing concoction of influences that are so well balanced throughout. Using a mixed collection of genres and styles, is this something that you try to incorporate when writing or is it just a natural progression for you?

Stef – “Vampire Hold Me Tonight” is from the new collection of songs and the approach to these batch of songs on the “Iveagh Flats” recordings is slightly different as I was writing everything on my own with “Sins of Sainte Catherine”. Now with the band together, each member has a part in writing the music and that is reflected in our music, as there is a mix of different styles. This has made my job much easier as we are all on the same wave length and each of us know what we are looking for in terms of sound and pushing the boundaries. When we took the songs into the studio with Alain we were confident with our music and the overall finished product is something I’m very happy about. “Vampire Hold Me Tonight” is a song I have heard on the radio and it just has a great sound. The other new songs on the album will be an example of The Mighty Stef  pushing the boundaries musically even more and I’m really excited for people to hear the tunes when the album comes out.

O.D –  The cover of the 2006 album “Sins of Sainte Catherine” displays an anchor, is there any particular reason for this? 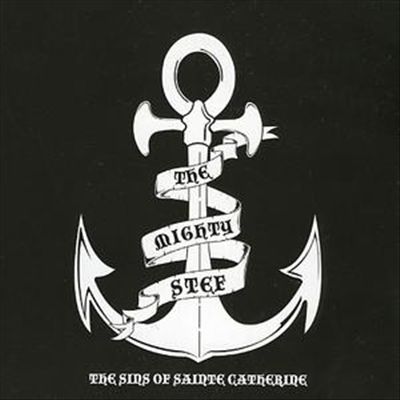 Stef – It was created by a friend of mine Gav Icon, and was inspired by an old logo that the Pogues had for “Rum Sodomy & The Lash”. I just sent that to Gav and see if he could do something along those lines and when he finished I felt that it would look really great on it’s own. In fact, a number of people I know have had it tattooed, so that’s a positive thing in terms of album cover design.

O.D –  You have already played a show in Whelan’s earlier this month and you have some more dates coming up at the end of the month, what can someone who has never seen The Mighty Stef expect from you live show?

Stef – What they can expect is to come along uninitiated and leave happy because we go the extra mile when playing live. We just want to make people happy and entertain. If we were playing in front of 5000 people or playing in front of 5 people,  we still give it 110% and hopefully put a smile on everybody’s faces. We just like to play straight up alternative Rock n’ Roll with some story telling attached to it. 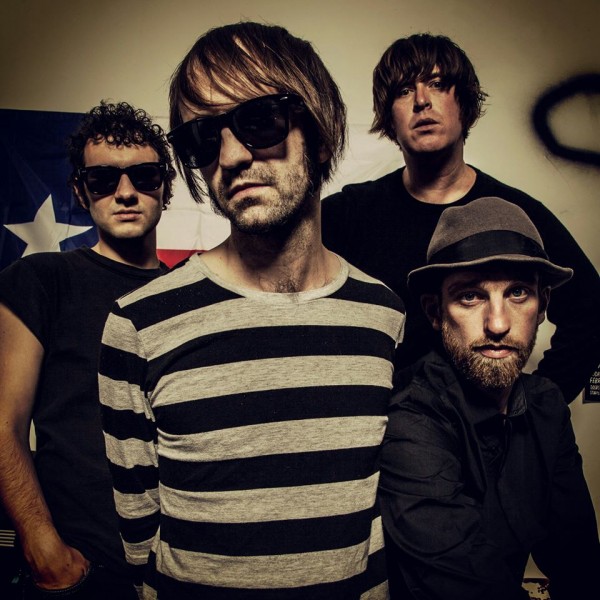 O.D –  What are the plans for 2014 regarding touring/writing?

Stef – To get our yet untitled next record out early in the year and follow that up with a tour. We have been quiet on the touring front this year and are looking forward to getting back on the road as that’s where we are most happy.

O.D – Do you write while on the road, or do you prefer to take some time away from that process?

Stef – That wasn’t something that I used to do. Back when I was writing all the music myself, I hardly every did it, but now with thy guys in the band we find ourselves writing and coming up with ideas in situations like sound checks or in the back room of a venue. In fact, a lot of the stuff that was written on the forthcoming new album was written whilst we were on tour which is great, because when on tour you are just so focused on being in the band and that helps with the creativity in writing new music.

The Mighty Stef will be playing Whelan’s on November 21st and December 5th with tickets a available from Ticketmaster, Whelan’s and all good record stores. For more information on these shows please head over to MCD.

Overdrive are giving you a chance to win tickets to the show on December 5th. All you have to do is send an email with subject matter “The Mighty Stef” to oran@overdrive.ie and winner will be announced on Monday 2nd December. Good Luck!