American industrial juggernaut MINISTRY will release their new album ‘AmeriKKKant’ on March 9, 2018, via Nuclear Blast. With the recent video release of ‘Antifa’, frontman Al Jourgensen gives a background to the track. 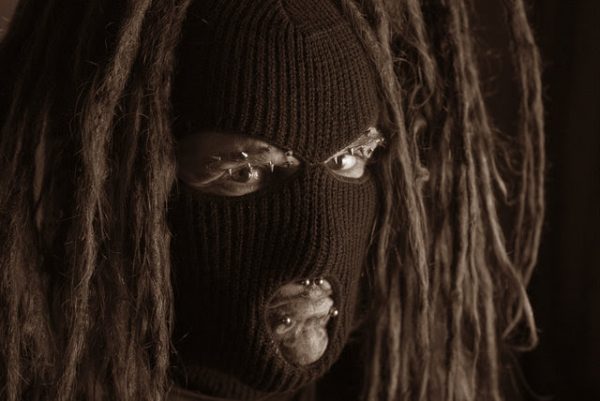 Produced by Al Jourgensen, recorded at Caribou Studios in Burbank, CA between January and May this year, and with striking artwork created by Mister Sam Shearon, the psychedelic, politically influenced and very much in-your-face AmeriKKKant’s nine tracks are rooted in Jourgensen’s unadulterated anger for what’s happening in America today – the waning respect for the U.S. Constitution, the growing acceptance of one’s opinions replacing facts, the decline of our leaders’ sense of morals, ethics and personal responsibility to the country and to their constituents, and that mad man in the White House.

“I do believe that people should stand up for themselves and not be party to this bullshit we’ve being fed…I think Antifa is a state of mind, it’s like, ‘we’re not going to take this shit anymore, because we’ve been sold a bad bill of goods here by you people’…I relish the attitude of Antifa…I think that some of the tactics they take actually hurt the cause or the thought process more than it helps, but I do enjoy the ‘enough!’ aspect of it and that’s what this song is about.” – Al Jourgensen

The band recently released the official music video for their new single ‘Antifa‘, which addresses the political chaos that is currently going on in America. Today they have released the first trailer in support of the new album, in which main man Al Jourgensen deconstructs the meaning behind the song. Find out more, below: :

Watch the official video for ‘Antifa‘:

AmeriKKKant is available to pre-order now at this location. 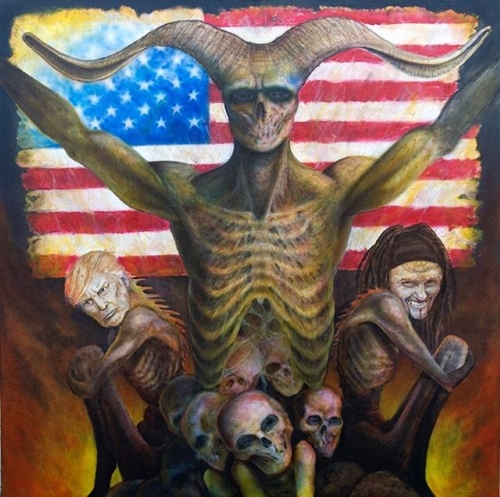 To support the release of AmeriKKKant, Ministry will headline a five-week North American tour that kicks off March 22 with the enigmatic Chelsea Wolfe supporting.