One of the original ‘stoner rock’ bands from the now flooded genre; MONSTER MAGNET, will release a selection of their most iconic and classic albums via Spinefarm Records on February 26th. Overdrive has all the details on each release and news of the bands headline show in London in March 2016! 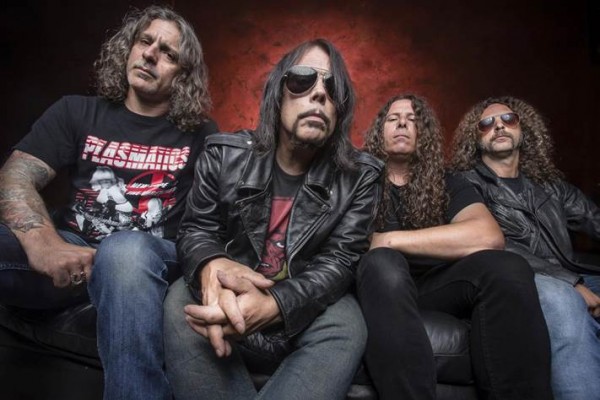 Upgraded versions of ‘Superjudge’, ‘Dopes to Infinity’, ‘Powertrip’ and ‘God Says No’ are set for a re-launch on double LP, Double CD and Download, supported by ‘Celebratory’ London headline show in March.

When it comes to forging an identity and a sound, Monster Magnet main-man Dave Wyndorf has never been found wanting…

His is a singular and hugely influential vision; there is no rule-book here, just a fevered imagination, a fully hands-on approach, plus the ability to deliver a wide variety of music, all of it thoughtfully-crafted and inherently cool…

To define it as ‘metal’ would be heading down too narrow a path, yet it’s music driven by classic and iconic imagery, with comics, esoteric science fiction, B-movies and dope culture high up on the list, along with a deep and abiding love for Hawkwind, Black Sabbath and The Stooges (covers of tracks from all three feature on the Re-issues).

An anti-dote to the Grunge and Nu-Metal scenes that took hold in the ’90s , Monster Magnet’s psychedelic space rockin’ was as likely to connect with fans of alternative music and lifestyles as followers from the hard rock domain, and it’s a genre-straddlin’ stance that has given the New Jersey band a career in excess of 25 years.

In the ongoing Monster Magnet story, their four studio albums for A&M clearly play a fundamental role, with ‘Powertrip’ – a half-a-million seller in the US, home to Top Three single / video ‘Space Lord’ – showing that the band could enjoy substantial success without having to compromise or dilute their art.

In celebration of this fact, Monster Magnet have confirmed a one-off headline UK show for March 19th. The venue will be The Forum in North London, and the band will perform a special set based around the following albums… 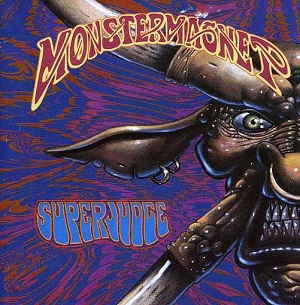 The first album for A&M, ‘Superjudge’ featured a choice selection of material – the likes of ‘Twin Earth’, ‘Cage Around The Sun’ and ‘Black Balloon’, all written by Wyndorf in a couple of months – plus two cover versions in ‘Brainstorm’ (Hawkwind) and ‘Evil’ (Willie Dixon). At the request of the label, Wyndorf occupied the production chair himself, even though his studio experience was limited at the time; however, the combination of a 24-track console (at The Magic Shop in New York) and the desire to explore all of his most cherished influences made for an album that instantly stood out from everything else around it…

DOPES TO INFINITY (originally released in 1995) 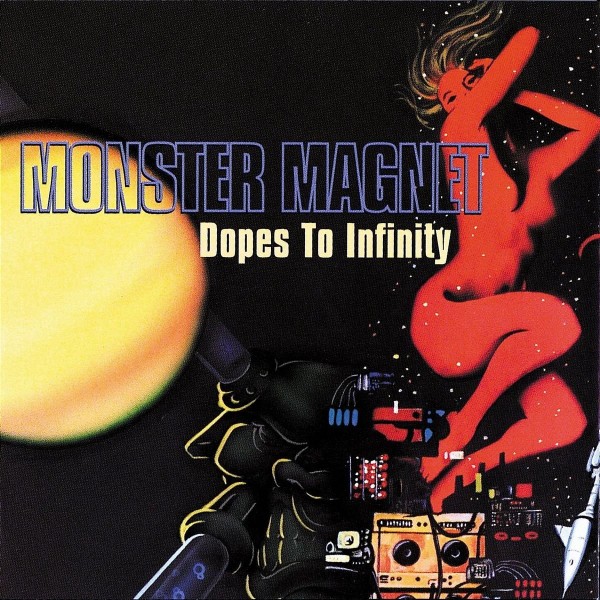 Inspired by time spent on the road in support of ‘Superjudge’, Monster Magnet went back to The Magic Shop for the follow-up release, determined to deliver a selection of songs showing the full scope of what they could do. Vintage equipment was rented and instruments swapped between musicians as they continued to drive their career forward, bringing in top-of-the-line assistance – Alan Moulder on the mix, future ‘Pirates Of The Caribbean’ director Gore Verbinski on the video front, etc. – to add suitably colourful icing to the cake.

‘Negasonic Teenage Warhead’ led the way, becoming a Top 20 US hit; a sign of things to come… 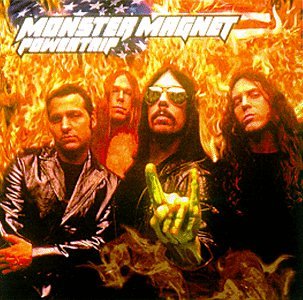 Given this was the third album for A&M, Wyndorf knew that a serious dent was required. In came the co-production / mixing team of Matt Hyde and Randy Staub, and the result was a musical statement par excellence – written (in part) in Las Vegas and generally more focussed, more straight-down-the-line than what had come before, and about as far away from ‘Loser Pop’ (in vogue back then) as you could get.

At a time when rap music was out-selling the competition and the ‘rockers’ of the day were almost embarrassed by success, Monster Magnet opted to fly the flag for the glory days of rock when hedonism was the underlying force; they threw down the gauntlet, and it was leather, studded and on fire! 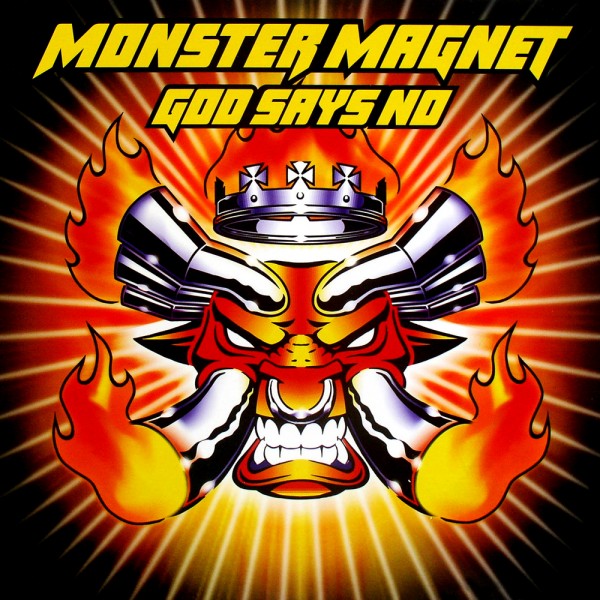 With a shift in power at the label, Nu-Metal sweeping the (heavy) musical world plus a disrupted recording schedule (the result of Wyndorf’s lyrics being stolen), this was never going to be an issue-free album…

Musically, it once again delivered in style, drawing on the adventures resulting from two years of solid touring, but Wyndorf felt the wind of change ruffling his hair. As a result, he turned his attentions to Europe, revelling in the loyalty and passion of the fans and seeing ‘God Says No’ go Top 20 in Germany.

In the course of four albums and seven years, Monster Magnet had turned the rock world and its attitudes upside down, never making the same record twice and never losing touch with the essence of their unique appeal.

For more information on Monster Magnet, just click on this link.

Catch Monster Magnet on tour in London with Orange Goblin and Scorpion Child on March 19th in London’s O2 Forum.

Tickets available by clicking on the graphic below. 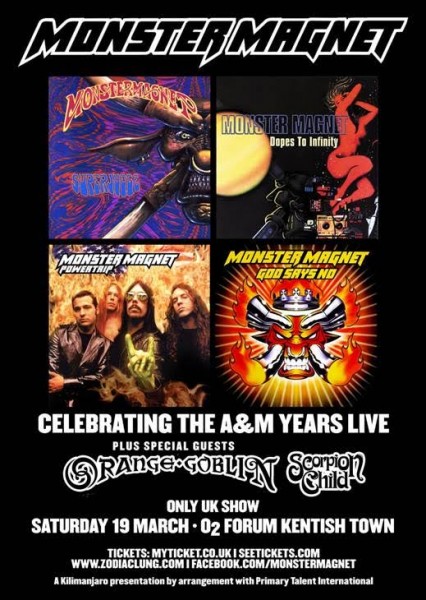