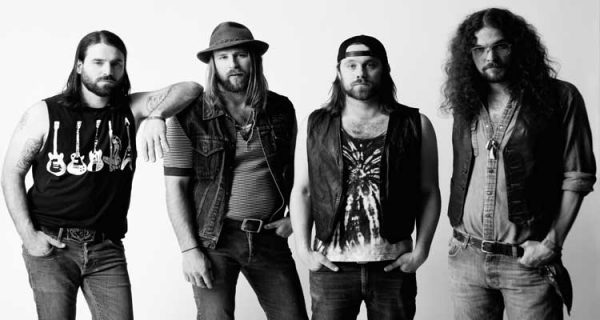 Canadian hard rock beasts, MONSTER TRUCK are finally bringing a headline show to Ireland with dates in Belfast on March 13th and Dublin 14th, as well as a series of dates across the UK.

To go along with the announcement of their tour they have released a brand new stomping psychedelic animated video for ‘For The People’. Talking about the video frontman/bassist Jon Harvey says; ‘”We wanted the video for ‘For The People’ to capture a certain vibe. The song was intended to be a pseudo-protest and very roots rock and the 70’s style animation seemed to speak that. Besides nothing is cooler than hand-drawn animation.” Check out the video below:

Guitarist Jeremy Widerman adds; “We wanted to try something new with the video and have a somewhat playful take on what is a really heavy topic these days. A throwback video of sorts to a time when the unifying of people and ideas was a far more popular subject.” 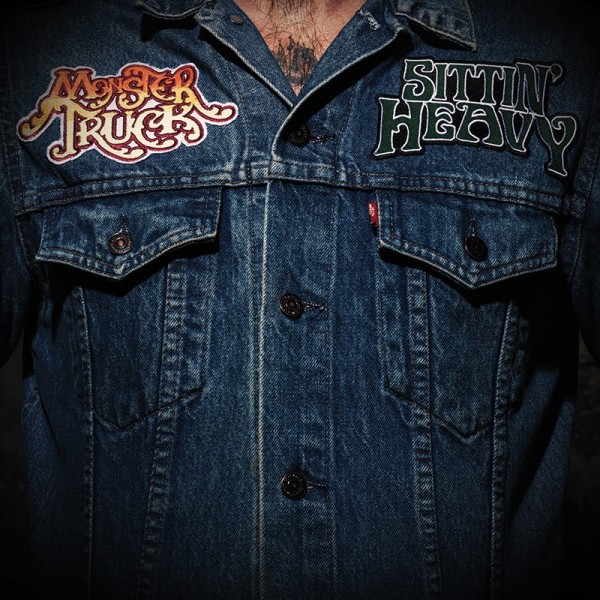 Their latest album Sittin’ Heavy was released early 2016 and has received rave reviews; being hailed as “fresh and exciting” by Metal Hammer, how they “set the bar to unprecedented heights” by Rock Sound, proclaiming the new record is “relentless and unstoppable” according to Guitarist and a “hard rocking masterpiece” by Big Cheese. As well as guitar legend Slash backing their corner, Dee Snider can’t get enough of them saying “Holy Fuck, this band rocks” whilst Dave Navarro has come out with ‘Killer band, great guitar playing.”

In true road warrior style they have learnt their chops on tour and have been relentlessly tearing through shows and have already opened for the mighty; Gun’s n Roses, Slash, Rob Zombie, Janes Addiction, Alice in Chains, ZZ Top, Buckcherry, Nickelback, Rival Sons, Black Stone Cherry and Volbeat over the last 2 years. They will also be touring Europe through November and December with BILLY TALENT.

Overdrive recently spoke with Monster Truck while on the Nickelback tour a few weeks ago. Get the full interview right here!

Check out the dates below for the full Ire / UK tour. 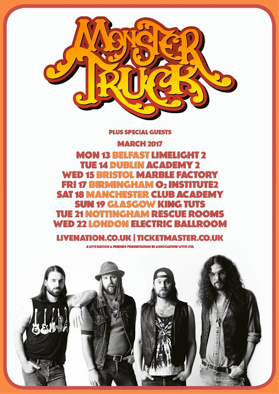 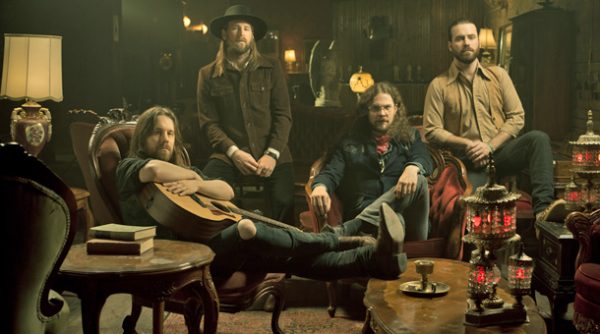