There are quite a few classic albums that have recently hit 20+ years old. Pantera’s Far Beyond Driven, Anthrax’s Sound of White Noise and Type O Negative’s Bloody Kisses to name a few. The one album being celebrated on a cold Sunday in Dublin was Morbid Angel’s Covenant. To be perfectly honest I was never a fan of Morbid Angel. I tried many times to get into them and truthfully just thought that maybe they just weren’t for me. However, I have been to quite a few shows where a band I previously had no interest in had really come together live for me so down the newly refurbished Academy I went. 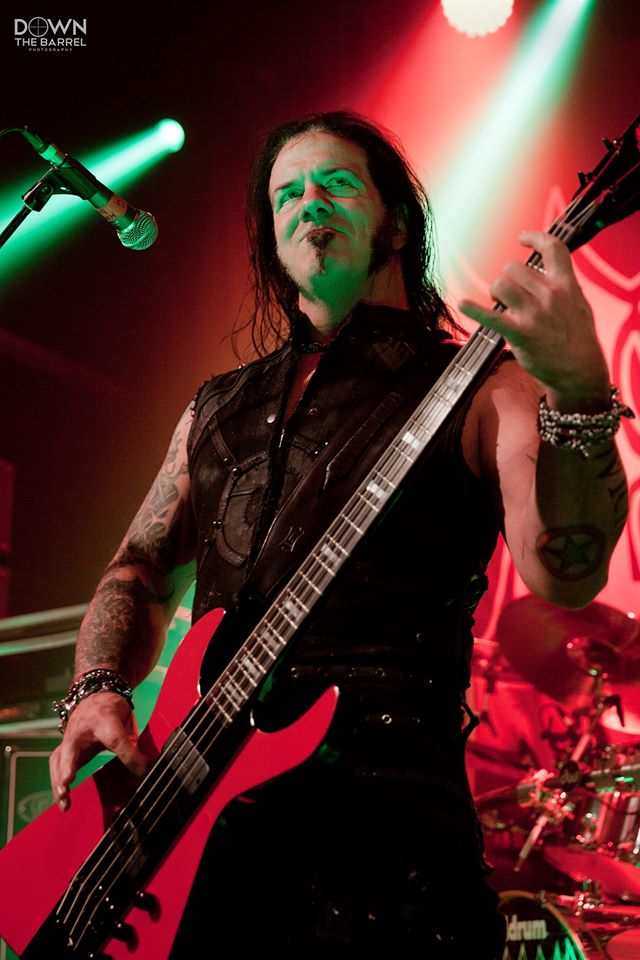 Opening the proceedings were Belfast’s Overoth who, from behind a wall of smoke, set the bar pretty damn high for the rest of the night. A super tight four piece that really have their own defined sound and delivered on all fronts. I’m not sure if the steadily growing numbers were there specifically for them, but, they made a hell of an impression on the crowd by the end of their short set. Plenty of head banging and appreciative raising of beer throughout. If Overoth are playing anywhere near you they are well worth going to see!! 4/5

Next up to build on the momentum were Seprevation. Their appeal to the crowd was somewhat split between those that were creating 4 man pits and those that were, like me, waiting for them to really get going. Don’t get me wrong, they’re a tight and focused band who can no doubt play. They just resonate more with some people than others. Give them a listen and you never know they could be your new favourite up and coming band. However, as a support band they set up the impending Morbid Angel perfectly. Those that enjoyed them were truly warmed up and those that weren’t massively into it were chomping at the bit. This was evident by it taking less than 20 seconds of Morbid Angel to have the first crowd surfer. 3/5

Visually Morbid Angel are a striking band. There are no doubts as to who are on stage. Kicking off with the Covenant album in it’s entirety it was a masterclass in death metal. Pure groove and intensity. Not once did David Vincent let the atmosphere falter. Trey Azagtoth‘s guitar playing was controlled instantly and perfectly supplemented by Destructhor’s own fret melting skills. Tim Yeungs drumming was simply superb. A perfect blend of technicality and feel. Throwing in some later era songs from Formulas Fatal to the Flesh and Gateways of Annihilation to round off the set, with a calm hand to the crowd to say thanks, off they walked. And that was the end of the show. Initially, the crowd were expecting an encore but up came the house lights and on came the music. Always leave them wanting more and that’s exactly what happened here. Personally, I am now going to explore their back catalogue after being blown away. Some long time fans of the band I know couldn’t have been happier with the show tonight. It was immense. Sheer musicality and brutality all delivered expertly. 5/5