On general release today (September 16th), Overdrive gives our verdict on ‘The Infliltrator’ which see’s the magnificent Bryan Cranston (Breaking Bad), take the lead role in this strong and stylish thriller. 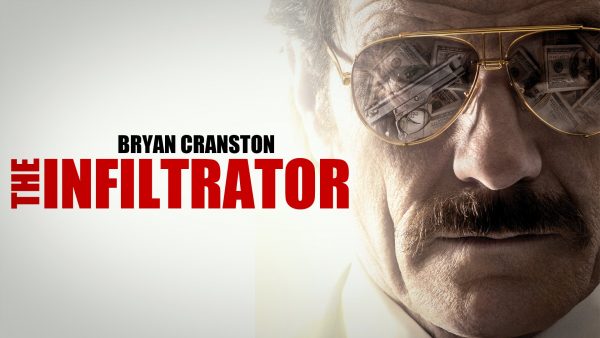 Confronted with the violent drug trafficking scene plaguing the nation in 1986, federal undercover agent ROBERT “BOB” MAZUR (Oscar nominee and Emmy winner Bryan Cranston) realizes the Medellín Cartel faces an enormous problem of its own: ruthless Colombian kingpin Pablo Escobar and his vicious underlings are making so much money, they literally don’t know what to do with all the cash.

Directed by Brad Furman of The Lincoln Laywer and based upon the focal character Robert Mazur’s book, The Infiltrator is the story of Mazur’s undercover operation to take down drug kingpin, Pablo Escobar’s, Medellin Cartel. Moreover it delves into the impact that a life of subterfuge has upon both the families of undercover agents and the bonds that are formed between them and their targets. 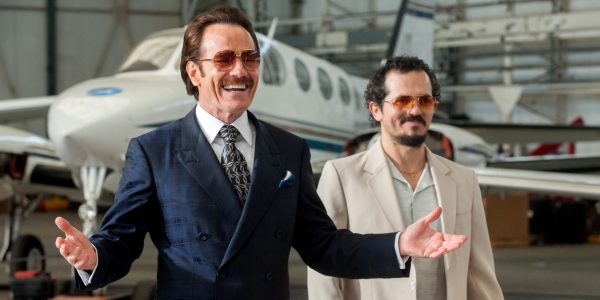 In an ironic twist we see Bryan Cranston who played drug overlord Walter White in Breaking Bad, take on the role of The Infiltrator himself, Robert Mazur. John Leguizamo (Ice Age series) is on hand as Mazur’s fiery sidekick Emir Abreu, while Benjamin Bratt (Law and Order) lends his services to the role of Roberto Alcaino, Escobar’s Lieutenant.
The cast are sublime with Cranston giving a career defining performance in a supremely complicated role. Mazur, a shy and unassuming father at home, must become a fearless money launderer for the Medellin Cartel and is forced to hold his nerve and bite his tongue while witnessing numerous heinous crimes. Juliet Aubrey (The Constant Gardener) may not have a plethora of time on screen as Robert’s wife Evelyn but she makes every second of it significant. She is remarkable in her representation of a wife whose husband is, for all intents and purposes, a professional liar. 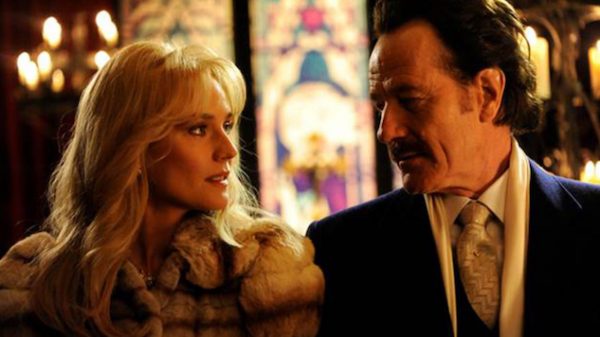 In an age where the movie business has been so adversely affected by mainstream TV shows we have become used to blockbusters relying on special effects over solid storytelling in order to attract audiences. What’s most refreshing about The Infiltrator is that it goes back to basics. Furman does a wonderful job of developing characters on both sides of the drug war. He actually makes us empathise with the villains and the agents who are forced to convict them despite the strong bond they’ve developed while acting undercover. The pacing is methodical and builds to a few key crescendos.

These moments of action, compassion and downright terror are all the more impactful as a result and leans to the more cerebral storytelling of movies like Casino and Blow.
The Infiltrator is a uniquely clever film with superb performances throughout and a veritable tonic to a world of played-out, bombastic gangster movies. 4/5

The Infiltrator is out Friday September 16th. Check your local movie theatre for details. 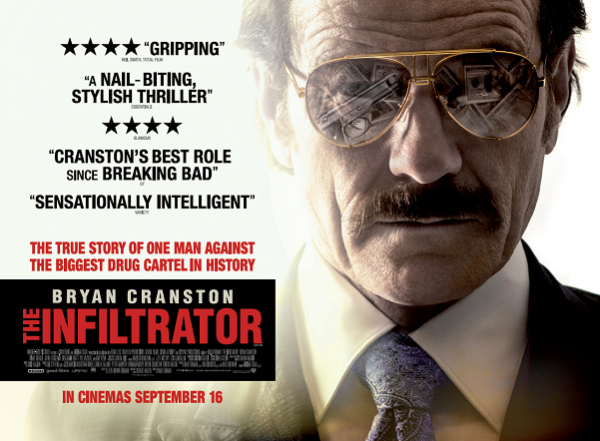