We take a look at TRUTH, a story of the controversy surrounding CBS anchor Dan Rather (Robert Redford) and “60 Minutes” producer Mary Mapes (Cate Blanchett) after the network broadcasts a report about President George W. Bush and his military service.

Marking the directorial debut of James Vanderbuilt; Truth is an adaptation of “60 Minutes” news producer, Mary Mapes’ memoir entitled, “Truth and Duty: The Press, The President, and the Privilege of Power”. It documents the investigation into the apparent shirking of duties by George W. Bush during his service in the National Guard and his fathers’ abuse of power in concealing his sons’ absence during this time.

A crack team of news reporters, headed up by Mapes (Cate Blanchett) finds some damning documentation of this scandal and proceeds to break the story on “60 Minutes”, hosted by respected CBS news anchor Dan Rather (Robert Redford). Unfortunately it soon becomes apparent that if you try to take on the President, you better make sure you’ve got your facts straight and realise the true scope of his influence! The teams’ ‘evidence’ soon comes into question; the opposition claiming their documents could’ve been forged on something as simple as Microsoft Word. The team now find both their reputations and their careers, on the line! 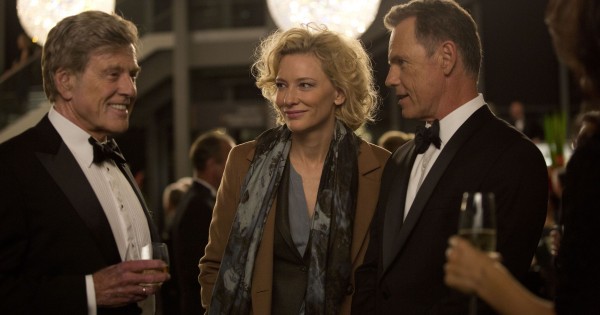 Truth marks a strange departure for Vanderbuilt, who is previously known for his writing work on big blockbusters like “The Amazing Spider-Man” series and “White House Down”. Here he undertakes both the screenplay adaptation and directorial duties, simultaneously, for the first time and seems a little overwhelmed by the whole process. It takes a little too long for the audience to warm to the character of Mapes, who initially comes across as a cold-hearted, left-wing, workaholic who sacrifices her duties as a mother and spouse in order to further her career. Her team also seem a little too self assured in the beginning which almost prompts the audience to look forward to their comeuppance. It’s not until we learn of Mapes’ history of abuse at the hands of her father that we sympathise with our protagonist. This harrowing motivation to become a strong and formidable woman in the face of such an atrocity becomes the real backbone of the piece. In one particularly poignant scene we hear Mapes shout “You do not get to do this, they do not get to smack us just for asking questions!”

On the upside the cast perform excellently here with outstanding execution from Cate Blanchett (The Hobbit Trilogy/The Curious Case of Benjamin Button) who portrays the paradoxical nature of Mapes, encompassing her hardened career-woman and vulnerable abuse victim characteristics impressively.

Robert Redford (lions for Lambs) is also first-rate and depicts the subtle mannerisms of an accomplished news anchor who’s seen it all in the business and is now found with a choice between saving his career or standing beside his best friend and surrogate daughter Mary.

Another nod must go to Topher Grace (That 70’s Show/Spiderman 3) who gives his most cohesive performance yet. His delivery as starving journo-hound Mike Smith, is both engaging and at times inspiring. 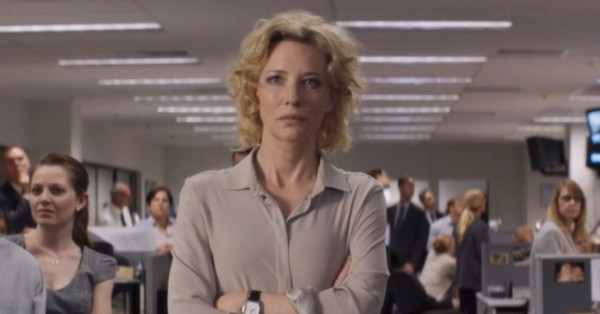 In a perfect world Truth would’ve expanded upon the emotional state of its leading characters a little earlier into the film and in far more depth. A more comprehensive account of Mapes childhood and subsequent motivation to become a journalist would certainly have made for riveting viewing and added to her character immensely. Nevertheless the performances of the cast and the intensity of the second and third acts of the movie more than make up for the lack of characterisation. Truth shows great promise for a directorial debut and reaffirms the standings of its headlining cast. 4/5

TRUTH, Cert 15A, and was released in Irish Cinemas March 4th