Partiers, you’ve been taught the ‘Art’ and now it is time for an advanced lesson. Virginia speed metal punks MUNICIPAL WASTE are proud to announce their latest offering ‘The Last Rager’, which will be released on October 11th via Nuclear Blast. 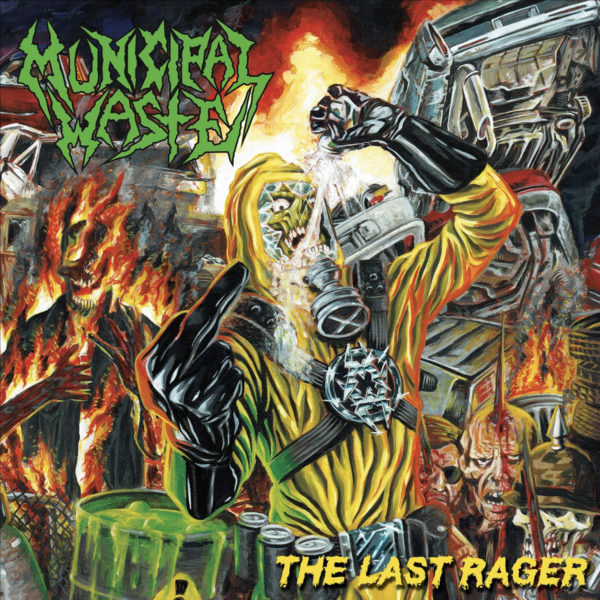 Back with 4 ripping tracks that embrace all of the band’s punk and street metal roots without clutching at the past.

That honest formula has led the WASTE to innovate the festival scene with the opening track and party of the summer ‘Wave Of Death‘. Watch the music video that was edited by Mark Reâtegui from footage compiled from the band’s roadie Scotty Tankcrimes from the last couple of tours, below;

Pre-order The Last Rager on the format of your choice here:

The Last Rager was recorded by LandPhil Hall at Blaze Of Torment Studios in Richmond, VA with additional engineering completed by Josh Hall. The EP was mixed by Rob Caldwell while mastering was handled by Joel Grind. The artwork was created by Brian Crabaugh.

Municipal Waste will be heading over the the UK and EU for select dates this coming December including a the one and only Irish date in Belfast’s Limelight on December 5th. Full dates listed below; 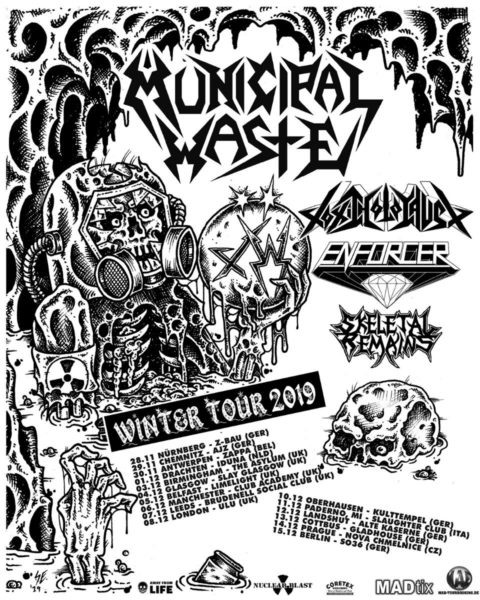