‘MURDER IN THE FRONT ROW’ – FIRST LOOK AT THE DOCUMENTARY TRAILER!


Released as a collectors hardback book back in 2011, ‘Murder in the Front Row’ chronicles the legendary Thrash Metal explosion in the 1980s and is loaded with a glorious treasure-chest of photos. Finally, the documentary of this awesome book is set for a release date but first, get a load of the debut trailer… 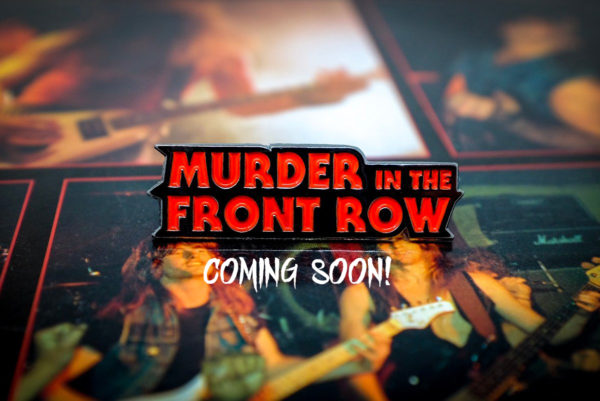 In the 1980s, the San Francisco Bay Area was heaven for hardcore headbangers. 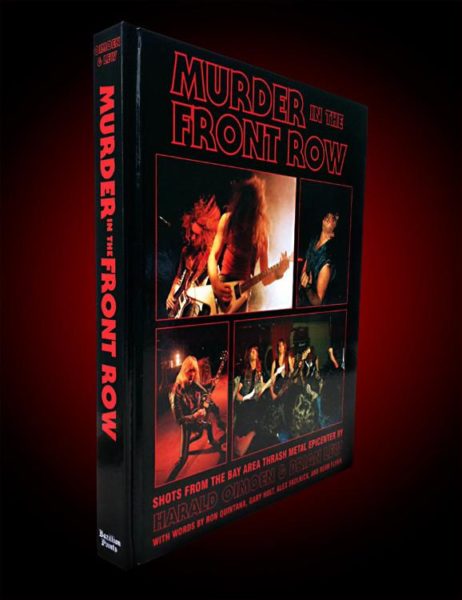 Oimoen documented the birth and growth of the local metal scene. Featuring hundreds of unseen live and candid colour and black-and-white photographs, Murder in the Front Row captures the wild-eyed zeal and drive that made Metallica, Slayer, and Megadeth into legends, with over 100 million combined records sold.

Members of Metallica, Exodus, Testament and other San Francisco–area thrash-metal groups reflect on how wild the scene was when it exploded in the early Eighties in the trailer for the upcoming documentary Murder in the Front Row: The San Francisco Bay Area Thrash Metal Story.

“It was scary, and it was dark,” Testament guitarist Alex Skolnick says. “It was this outlet for angst.”

“Poseurs must die!” Kirk Hammett exclaims with his hands in the air. 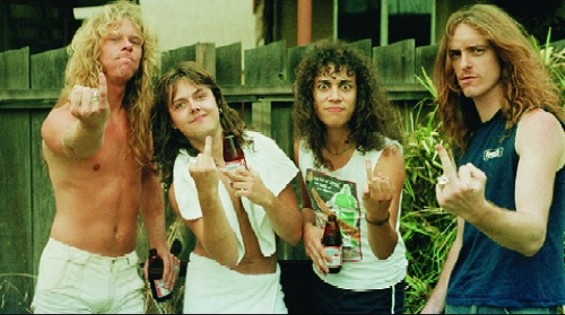 The film, which was directed by Adam Dubin (Beastie Boys’ “Fight for Your Right to Party” video, A Year and a Half in the Life of Metallica), will premiere in San Francisco at the AMC Kabuki 8 at 1 p.m.on April 20th.

After the screening, the supergroup Metal Allegiance, featuring members of Megadeth and Testament, will perform across the street at the Fillmore with special guest Gary Holt, of Exodus and Slayer fame, and more yet-unannounced guests.