Muse have announced their live return with a date at Dublin’s 3Arena on April 5th 2016. This show is part of the first list of cities/countries of what will be an extensive world tour in support of their hugely acclaimed global No 1 album Drones and promises to be a spectacular live show to which the 3 Arena has never seen before! Find out more. 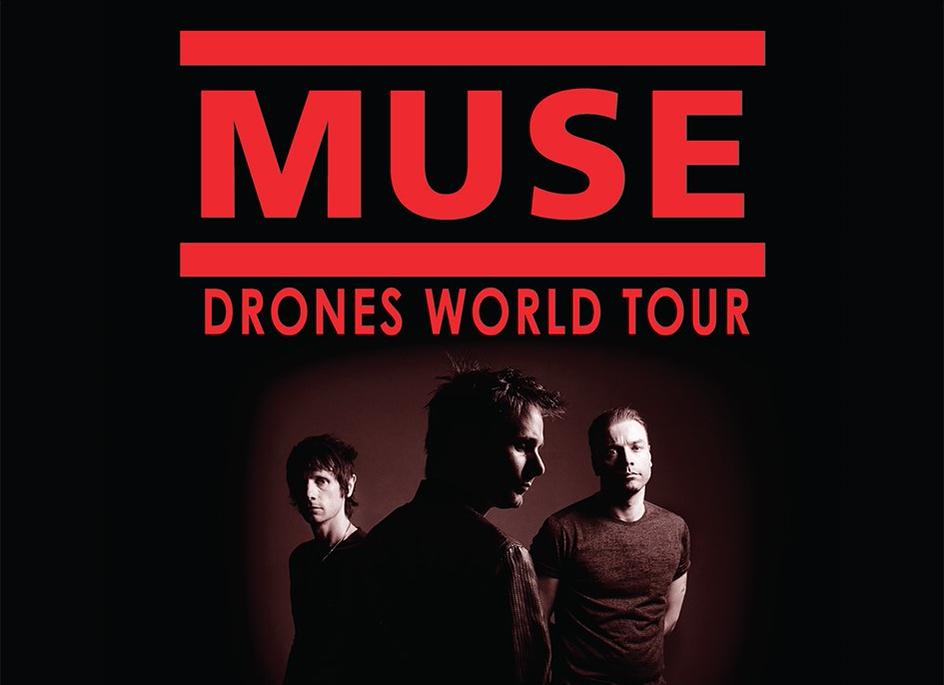 Following the release of their rather excellent Drones album earlier this year, Muse have announced a one off show in Dublin’s 3 Arena on April 5th 2016. Tickets from €64.50 (inc booking fee) and are on sale now!

In a recent interview with NME, vocalist Matt Bellamy commented on the bands stage production, which he compares to Pink Floyd’s ‘The Wall’.

In the exclusive interview with NME, the creative team behind the new stadium show have revealed further plans. Production designer Oli Metcalfe and tour director Glen Rowe expanded on Bellamy’s claims that there would be drones, promising “a whole swarm of drones” and a stage “like a double headed arrow”.

A possible plan of what the stage may look like, can be seen below. 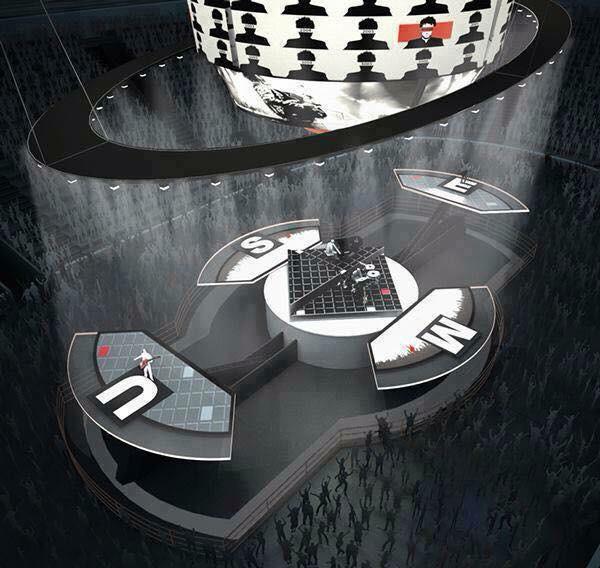 “We’ve been able to work with a company in the Netherlands that have written a piece of software that can control a whole swarm of drones,” Metcalfe revealed. “So we’re programming them in a different way. They’re not manned, they’re not manned vehicles as in somebody with a controller. They’re controlled by a computer system and tracking system.”

The pair also explained that the “double headed arrow” shaped stage would allow the band to get closer to fans.

“It spans the length of the arena,” said Metcalfe of the design. “It’s quite narrow but more importantly for the audience it’s low, so the band will be playing in an intimate space, and have a good relationship in terms of distance from their audience.” 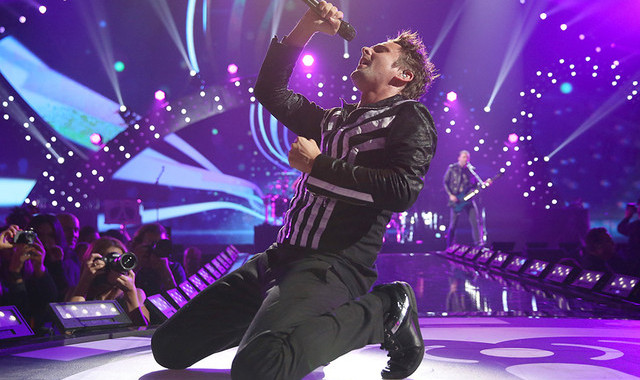 Glen Rowe went on to explain that the design had been inspired by boxing rings.

“When a boxing match is staged in an arena you think it’s tiny – a little postage stamp in the middle of this huge arena arena. So we thought, let’s make a tiny stage in the middle of the arena so it’s a small circle with two runways with what you call a hammerhead at each end, where things can pop up and we can make technology work. The whole circle moves one revolution per hour. The idea is Matt starts there and an hour later he comes back, so in the show everyone sees him [up close] twice.”

Tickets priced from €64.50 inclusive of booking fee go on sale at 9am this Friday, September 18th from Ticketmaster outlets and www.ticketmaster.ie

‘The Drones World Tour’ will see the band perform for the first time “in the round” from the middle of the arena. The band are renowned for pushing boundaries in terms of their stage production and the Drones World Tour will be no exception. This stage design and configuration will give fans a true 360 degree audio/visual sensory experience. Muse’s tours have been described by the international press as “epic”, “amazing” “ambitious” and this show will be no exception. The band has just completed a spectacular European Festival run this summer which saw some of the best reviews of their career.

FOLLOW OVERDRIVE – CLICK ON THE GRAPHICS BELOW FOR ALL THE LATEST NEWS / REVIEWS / COMPETITIONS / EXCLUSIVE INTERVIEWS & MUCH MORE!