MYRKUR (aka Danish composer Amalie Bruun) has unveiled a live recording of “Onde Børn” via horror outlet Bloody Disgusting. Described it as “stunning” and “a version which takes the aggression and ferocity of the original and transforms it into a sublime and ethereal offering.” Make your own mind up. Details below! 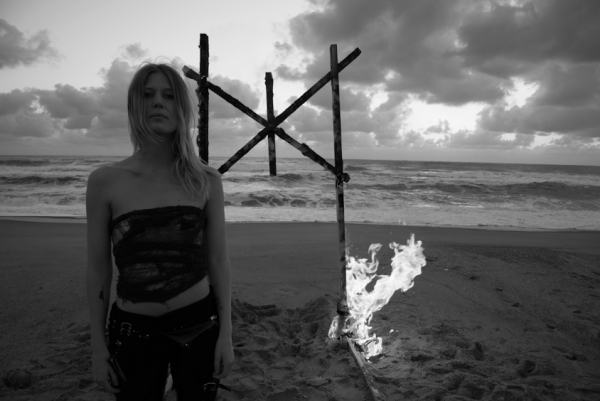 “Onde Børn (Wicked Children)” is a song that I wrote as a tribute to my supporters and it feels powerful to play it live, for them, with them. Performing it with the girls choir in the Emanuel Vigeland Mausoleum was a beautiful experience, the dark mood in the cold tomb, the crystal clear voices of the girls. There is room for very few people in the Mausoleum, but my whole Norwegian “family” was there, people who worked on ‘M’ and so forth. A night I will never forget and which I’m excited to share with you.”

Read the article in full and hear “Onde Børn” now at this location.
Additionally, you can hear the first EP single “Jeg er guden, I er tjenerne” now below.

On the one-year anniversary of her critically-acclaimed, masterful debut full-length, M, Danish black metal artist MYRKUR unveils a captivating live recording from the historic Emanuel Vigeland Mausoleum in Oslo, Norway. Aptly titled Mausoleum, the album features beautifully dramatic & stripped-down acoustic reinventions of seven songs from M plus one brand new song and a Bathory cover; all accompanied by the Norwegian Girls Choir and Håvard (ex-Ulver) on guitar. Captured in a cold, dimly-lit tomb covered in morbid frescos that depict the circle of human life from conception til death, Mausoleum is an incredible showcase of MYRKUR’s sublime yet haunting voice in a truly chilling, unrivaled atmosphere.

Check out MYRKUR’s take on the Bathory classic “Song To Hall Up High”!

Mausoleum is due out this August 19 on CD/LP/Digital via Relapse. Physical pre-orders are available at this location, and digital versions can be pre-ordered via MYRKUR’s Bandcamp here.
From the darkness of Scandinavia emerges Myrkur. Hailing from Denmark, the one-woman project signed to renowned independent label Relapse Records in 2014 off the strength of just one EP, its eponymous debut (released September 2014). Envisioned and realized by classically-trained multi-instrumentalist and songwriter Amalie Bruun, Myrkur combined the rawness of second-wave black metal bands like Ulver and Darkthrone with a natural, ethereal sonic beauty. Myrkur introduced a wholly unique perspective on the genre of black metal––one that immediately put her on the map and caught the attention of listeners and publications worldwide. 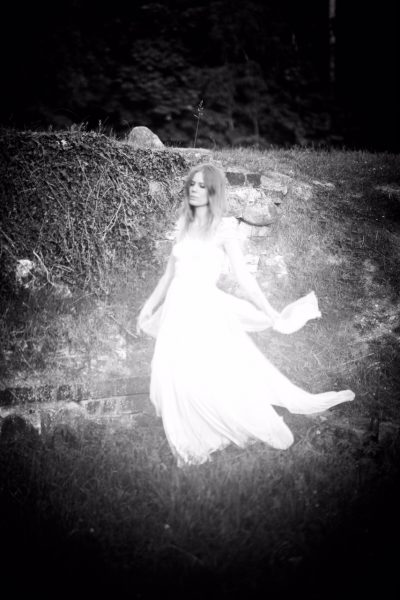 Though the word “myrkur” means “darkness” in Icelandic, Bruun’s music is far from monochromatic. With its distinct sense of Nordic isolation, Myrkur’s compositions are at once brutal and delicate. Choral and folk elements abound, lending the music a mystical, legendary quality and an untouchable equilibrium between dark and light. Myrkur’s influences range from nature to traditional Scandinavian folklore to Norse mythology and far beyond. Bruun elaborates, “I always dreamed about becoming a Huldra, an Elver girl, a Valkyrie, the goddess Freja. These powerful women in Norse Mythology have an element of beauty and mystique, but they are also deadly.”

That power was more than evident on Myrkur debut EP, but fully came into its own on Bruun’s first full-length, M, released by Relapse in August 2015. Featuring production and guest appearances from renowned metal legends such as Krystoffer “Garm” Rygg (Ulver), Teloch (Mayhem/Nidingr) and Christopher Amott (Arch Enemy), M showcases Bruun’s learned and mature perspective on black metal alongside her prodigious compositional and vocal talents. In its 8/10 review, Decibel Magazine characterized M as “a black metal record that respects tradition without drowning in it.” Publications including NPR, Stereogum, Pitchfork, Spin and dozens of other outlets worldwide have shared this sentiment, hailing Mand Myrkur as the very thing they stand for – not a drastic reinvention, not an atavistic homage, but a unique, timeless, and true expression of black metal. With two acclaimed releases, US and EU tours with Behemoth and Deafheaven and a number of worldwide festival appearances under her belt, Myrkur is ready to help her homeland reclaim its role as a global leader in extreme music.
Pre-Order ‘Mausoleum’ via Relapse.com HERE 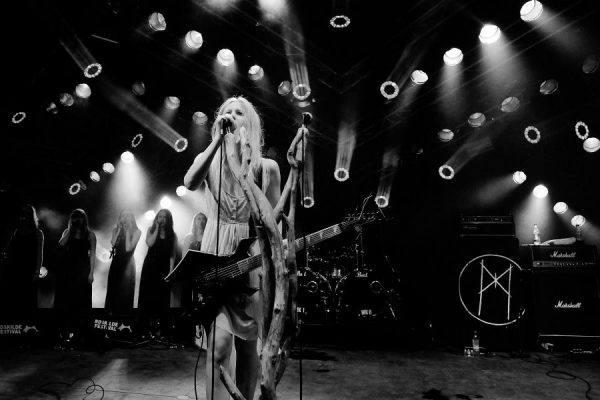