Gojira need little introduction and in this case all we are gonna say is this could very well be the most crushing album of 2016! Check out the teaser video below for the new album “STRANDED”, which is the first single due for release on April 22nd ahead of studio album ‘MAGMA’ on June 17th via Roadrunner Records.

WATCH THE NEW ALBUM TEASER BELOW!

Last summer, Gojira had put together a ton of new songs, but under further evaluation, the band thought they could transform what they had into Gojira’s best album yet. “Usually, we’re very happy with the songs we have right away and we treat them like kids,” frontman Joe Duplantier told Overdrive. “It’s like when you have a baby and you take care of that baby; you don’t think twice — it’s just an immediate reflex to protect and nurture. Now it’s, like, ‘Wait a second. We need our strongest album now.”

He continued “We need something really perfect.’ First, we started to act like before and we had these songs and were, like, ‘Okay, it is what is it. Maybe it’s not the greatest of all time.’ Then we really thought about it, and now we’re like, ‘No, it has to be the greatest Gojira album of all time.’ So we got rid of all the songs that were not absolutely mind blowing and came up with more songs. It sounds really pretentious to say it’s the greatest album of all time, but, to us, it is.”

Get that full interview on this link!

Overdrive can not wait for this album and will be counting down the days until ‘Magma’ is released on June 17th!

Catch Gojira at this years Bloodstock Festival along with Mastodon, Slayer, Anthrax, Behemoth and many more! Hit the graphic link below for more details. 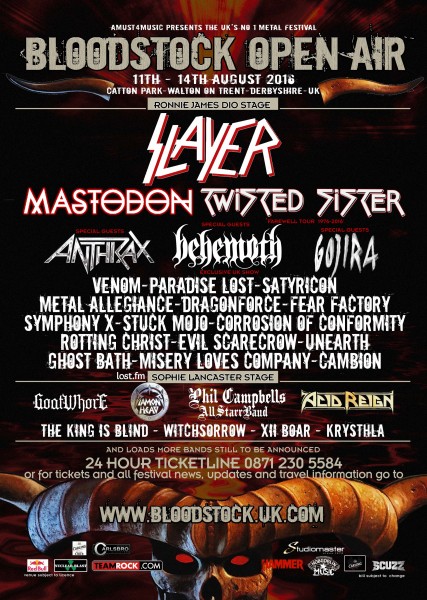